Surrounded by mountains, Park City, Utah leapfrogged its mining past to become an international winter tourism mecca. Since its first ski lifts were constructed, Park City has lost six weeks of winter. Now the town is embracing ambitious climate goals, renewables, and mobilizing climate action to save one of Utah’s greatest assets – snow. 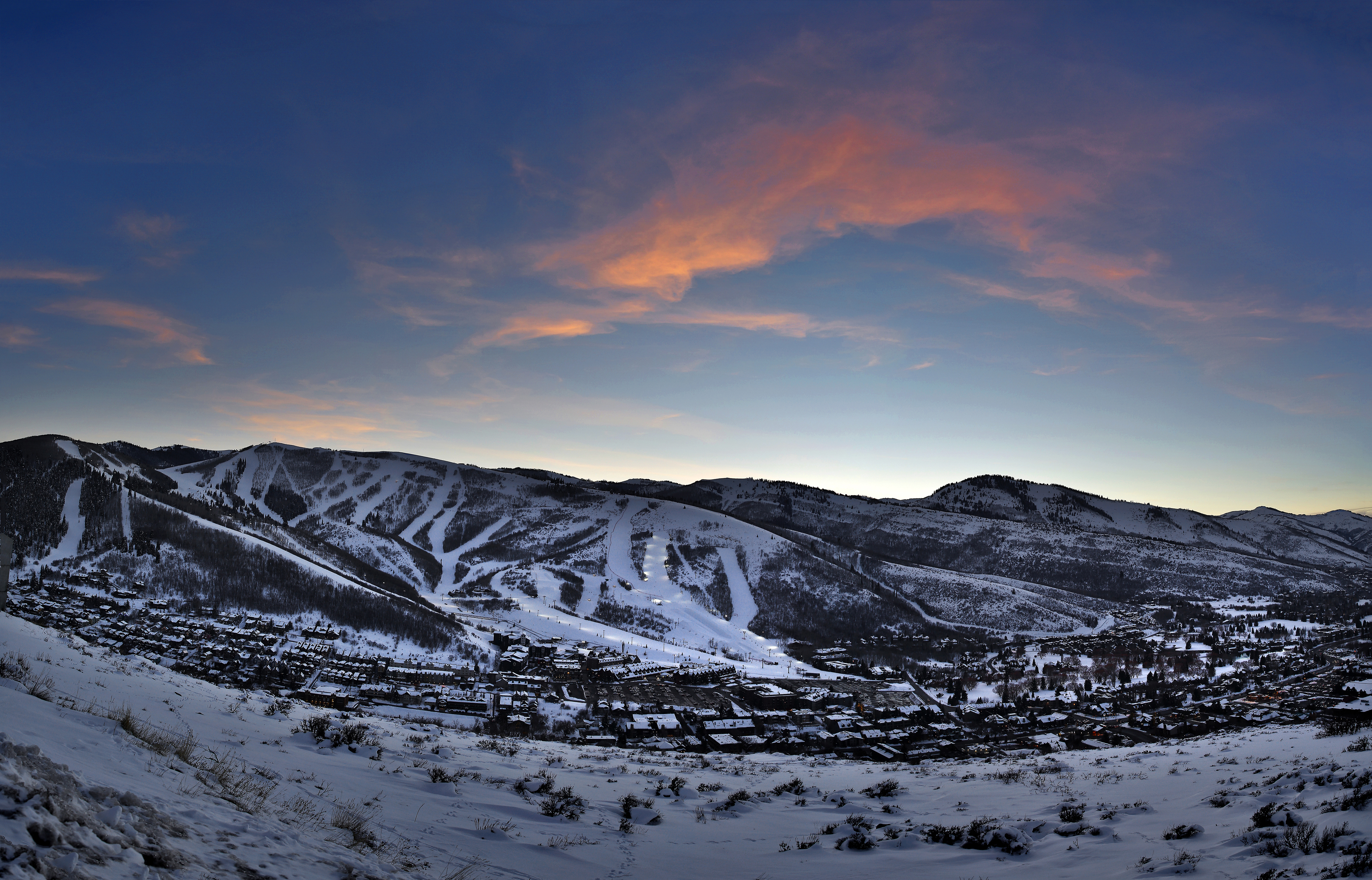 A ‘can do’ approach

Once the home of one of the world’s richest silver mines, Park City is tackling climate change and environmental degradation with world-class ambition – it has one of North America’s most ambitious climate goals to be running on 100% renewable electricity and net-zero carbon as an entire community by 2030. The same goals apply for the City’s government operations with the deadline of 2022.
The city’s net-zero carbon goals are formidable goals for a town with a permanent population of just around 8,300. Home to several annual events, including the FIS Freestyle World Cup and the Sundance Film Festival. Each year, Park City hosts approximately 1.1 million unique overnight visitors who stay on average of approximately five days. The town was the mountain host to the ski and snowboarding events of the 2002 Salt Lake City Olympic Winter Games. Park City has also taken an athletic ‘can do’ approach to emissions reductions and climate change activism. City officials realized that while the move to renewables was a quantifiable goal, efficient use of that renewable energy through technology innovations and consumer behavioral change are key to longer term success.

Park City conducted an initial greenhouse gas inventory in 2009, with a follow up in 2016.* City administration came to realize that getting enough renewable energy supply for City growth meant consumers needed to actively reduce demand. Savings from reduced demand were strategically allocated for new technologies. Park City has approached both these goals – increasing renewables and decreasing demand – with steady determination.

Park City collaborated with local non-profit organizations and the library to provide the information and tools to help residents use less energy. Among the successful strategies: a website that quantifies energy and carbon savings from simple household actions; neighborhood reduction competitions and “Power Parties” that host experts to show how to save energy; recruitment of school-aged children to convince their families to reduce; Energy Detective Kits available to borrow from the library enable residents tool to assess their own appliances’ energy use and find the energy vampires. In addition, the City provides ‘energy conservation kits’ to residents, with LED light bulbs, weatherstripping, high efficiency showerheads, etc., to inspire energy conservation at home. .

A small but mighty town takes on the coal-powered utility

The challenge in Park City’s approach has been convincing its investor-owned electric utility – previously heavily dependent on coal-driven generation – to also embrace renewables. The increased cost of renewables for consumers also needed to be addressed. Park City was instrumental in passing the Community Renewable Energy Act of 2019 along with neighbors Salt Lake City and Summit County, which sets up the legal pathway for communities that aspire to 100% renewable electricity to do so**. Since passing, 23 communities have joined and committed to transitioning to 100% renewable electricity, representing 40% of Utah’s electricity demand – all in the most conservative state in the country, whose state rock is coal.
In late 2020, along with four other partners, Park City approved an 80 megawatts solar facility in nearby Tooele County. The project is expected to cover 100% of Park City’s municipal electricity needs, including its electric bus fleet and 48 electric vehicle chargers, both available for free public use.

The key to success – collaboration rather than competition


Park City has worked to: