A report analysing different aspects of people across Europe living with large carnivores.
Cross-border communication is essential for successful coexistence with wolves, bears, lynx and other wildlife.

This report presents the views of the various stakeholders, the relationship between them, and the regional challenges and nature conservation measures and ways to mitigate the risk of economic damage, including in countries in the Green Heart of Europe such as Romania, Slovakia, Ukraine and Hungary. Protecting large carnivores and their habitats is a key element of WWF’s New Deal for Nature and People, and its goal to halt and reverse biodiversity and habitat loss by 2030.

WWF and its partners in the EuroLargeCarnivores LIFE Project have released a report analysing different aspects of people across Europe living with large carnivores. The report processes the results of workshops and interviews in which livestock farmers, foresters, hunters, conservationists, scientists, authorities, politicians and many other professionals work together to find ways to make conservation measures more effective and prevent financial damage. During these discussions, various interest groups from 14 countries came together to discuss the challenges of sharing a habitat with large carnivores. Based on these findings, the report sets out a number of suggestions for harmonising humans-large carnivore coexistence.

Stakeholders in all focus areas were primarily concerned with: The results clearly signalled the urgent need for better information flow on large carnivores across Europe. In summary, the main proposals focus on sharing the latest scientific results, unifying data, publishing action plans, providing tools for conflict prevention and mitigation, and developing damage prevention and redress systems. However, this must be coupled with ever-increasing governance, and the creation of platforms to improve cooperation and build trust. At the European level, stakeholders also attached importance to promoting quality communication, including the provision of credible information to journalists.

“Today we are witnessing the return of wolves, bears, lynx and wolverines, animals that are part of the European identity. Where people and large carnivores must share the same land, changes can be expected. We are convinced that coexistence is possible if we are open to learning from each other and trying to adapt to the situation,” emphasised Moritz Klose, EuroLargeCarnivores project manager, WWF-Germany, referring to the report and the often overheated topic debates.

Hungary
At a national meeting on large carnivores held in 2018, 43 Hungarian experts agreed that a lack of trust and cooperation as one of the main obstacles to effective conflict management. Some people identified data secrecy as a problem, while others, mainly livestock keepers, said that a more transparent system of damage prevention and possibly compensation should be put in place. Amongst the hunting industry, the need for cooperation and data sharing (e.g. monitoring) was voiced. Regular meetings to improve cooperation were considered of the utmost importance by participants, as was monitoring and further large carnivore research.

Slovakia
In Slovakia, the national meeting organised in Central Slovakia at the end of summer 2018 brought together a wide variety of stakeholders (state conservationists, environmental inspectors, police, hunters, foresters and researchers) to discuss problems and possible solutions to conflicts. Farmers consider the existing system of compensation measures very complicated due to administrative burdens. On the other hand, many farmers and sheep breeders do not implement adequate safety measures. There are still only a limited number of farms with well-trained shepherd dogs able to deter large carnivores. Despite public outcry, wolf hunting this hunting season will continue, and 35 wolves can be legally hunted this year. WWF-Slovakia and 27 other Slovakian civil organisations and environmental initiatives called for the establishment of a zero quota for the upcoming hunting season. The petition has been signed by more than 75,000 supporters so far.

Ukraine
Ukraine links the Slovakian, Romanian and Polish populations of large carnivores, especially bears, who migrate throughout the Carpathians. That makes people living in the transboundary area much more sensitive towards human-wildlife interactions. The situation is even more complicated because at the moment there is no compensation system for damages caused by large carnivores, and technical solutions such as electric fences are quite expensive for local farmers and beekeepers. Therefore, the management of border areas in the Carpathian Region is crucial to keeping the migration corridors secured for both wildlife and locals.

Romania
The lack of a clear action plan with concrete and coherent actions is the biggest challenge for the management of large carnivores in Romania, according to groups of stakeholders spoken with during the study. Action plans for wolf and bear populations at the national level were adopted in 2018 by the Ministry of Environment, however, the end of a non-transparent process did not include all of the important stakeholders involved in, or affected by the presence of large carnivores. Furthermore, there is no coordination at national level, and no efficient communication between the stakeholders. NGOs have repeatedly requested that a national platform be created in order to improve large carnivore management. Wolf and bear populations seem to have exceeded a certain level of supportability for some groups of stakeholders such as hunters or farmers, who are complaining about the high number of human-large carnivore conflict cases. Livestock owners complain that the damage compensation system is inefficient, too bureaucratic, and doesn’t properly cover their losses. On the other hand, the conservationists do not trust the information provided by the hunters regarding the impact of large carnivores on game species. According to the stakeholders, an action plan resulting from a participative process would be the most efficient solution for overcoming all these challenges. This plan should clearly identify the targeted large carnivore populations, delimitate and protect the high value habitats, include crisis situation management, be monitored and properly financed. Moreover, legislation should be changed to address some challenges related to the artificial feeding of the wildlife, unnatural large carnivore population increases and the resulting more frequent conflicts.

“We are very pleased with the initiative to bring together representatives of the various stakeholders, such as those involved in wildlife management and conservation, to openly discuss their concerns and anxieties regarding the protection and management of large carnivores. We also consider it important and supportive that thinking about solutions together has started at the regional and international levels. Large predators are key elements of healthy ecosystems, but because of man-made natural environments and restricted habitats, conflict is inevitable - so mitigation and prevention is paramount," says Dr. Kristóf Hecker, International Council for Hunting and Wildlife Conservation. (CIC) Senior Research Fellow

WWF is running several projects to address some of the issues raised.
ConnectGREEN (2018-2020) aims to restore and manage ecological corridors in the Carpathian Mountains while minimising the conflicts between infrastructure/regional development and nature conservation. Project partners come from the Czech Republic, Slovakia, Hungary, Romania and Serbia. “ConnectGreen is the first time in our region when nature conservation and spatial planning are working closely together to find practical solutions for preserving our natural capital in the tangle of rapid and massive economic development,” said Mr Cristian Remus Papp, Project Coordinator, and Wildlife and National Landscape Manager at WWF Romania. By reducing the impacts on their natural habitats, viable populations of large carnivores will be secured in the Carpathians.

The TRANSGREEN Project (2017-2019) created a new set of tools for road planners to take nature into account. The 360° approach to road-building and planning - technical, scientific and legislative – was launched on 25 June in Bucharest during the EU-level Pathways to Greener Transport Infrastructure Conference. At the end of the event, international participants contributed to the adoption of the Bucharest Conference Declaration for a greener transport infrastructure in Europe. The declaration calls on the European Commission, the European Parliament and the national governments of the Danube-Carpathian Region to preserve the beauty and richness of the region's biodiversity by promoting coordination between national and international institutions for a systemic integration of biodiversity policies and transport objectives, including financial aspects. At the same time, they should create a common and accessible database containing high quality data, tools, information and knowledge on biodiversity, spatial planning and the development of transport infrastructure to support planning and decision-making processes. Recognising that adequate spatial planning is the only approach that will support sustainable transport infrastructure will prevent the progressive isolation of wildlife populations and the loss of biodiversity. More here. 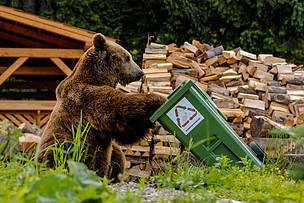 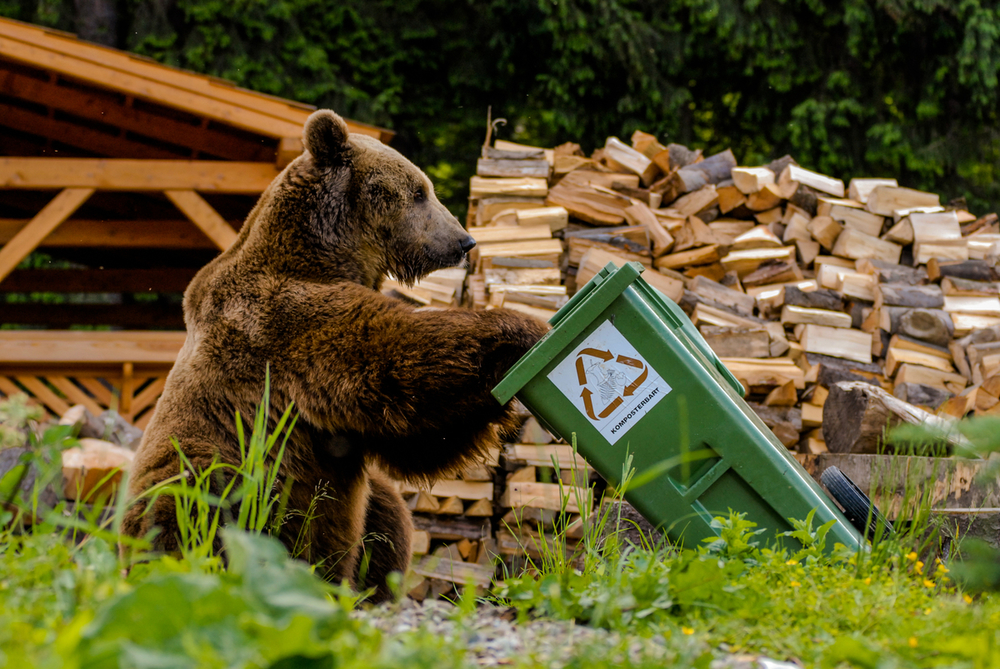