Tokyo – Getting around in the world’s largest metropolis

The greater Tokyo area is the most populous metropolitan area in the world with its 38 million inhabitants. Every day 2.5 million people travel to Tokyo from neighboring prefectures, so getting around in the city is crowded and challenging. One would imagine the city’s air to be pretty polluted as well, but astonishingly it’s much less so than many European cities. The Japanese, of course, like to invent their way out of problems, so let’s see what this city has in store for us. 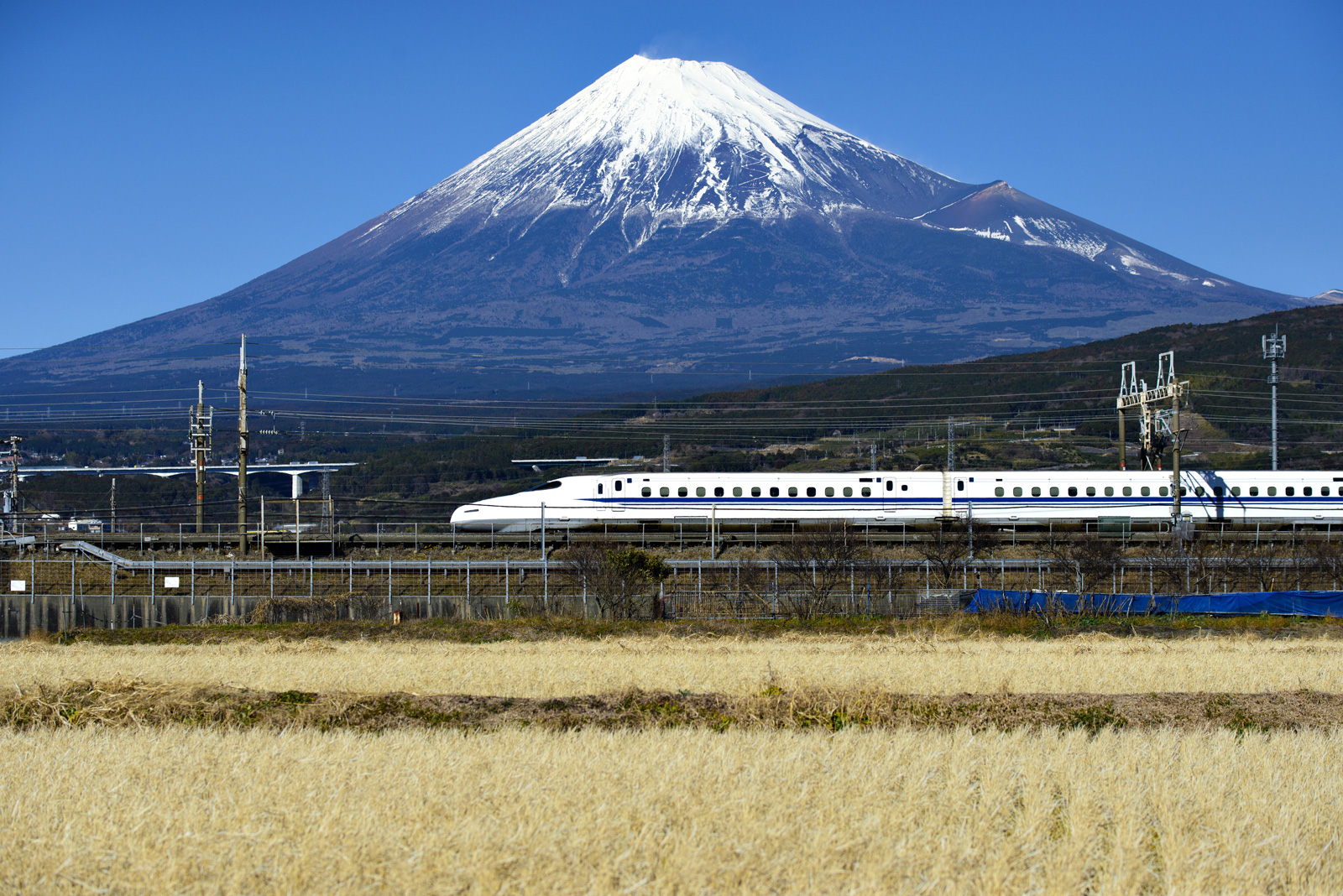 The fastest train in the world

If you travel to Tokyo from afar you are in good company with 2.5 million others, and one way to get here is the famous Shinkansen. The “bullet trains” reach a top speed of 320 km per hour, and are also known for their punctuality. Currently, the Shinkansen network consists of seven lines, the most travelled being the one connecting Osaka with Tokyo 500 km away, a distance that can be covered in 2.5 hours. Still the innovative Japanese are not satisfied. Maglev trains are being tested, using magnetic levitation, and have reached a top speed of over 600 km per hour thus holding the current record for the world’s fastest train! Once operational the Maglev train will reduce travel time to an hour or less between Osaka and Tokyo, turning it into a viable daily commute.


The largest subway in the world

If you are already in the Tokyo area you could choose to travel by metro. Tokyo has one of the world’s biggest subway networks, operated by two private companies. It contains 13 lines, and close to 300 stations, and it’s used by an amazing 8.5 million people daily. Still, however, only one in five of all trips made in the city are done within the public transportation network.

When moving about in the city, walking is a nice option in this dense urban area, where some neighborhoods take on more of a village feel. On average, walking makes up 19% of all trips. As in many other cities, the municipality also provides a bike sharing system and, even though dedicated bike lanes are still a rare sight, 16% of trips in the city are done by bike. Dedicated bike lanes should make this figure jump higher. This is seen as an untapped potential by many external observers, albeit a low-tech one.

Despite this range of options, travelling by car makes up almost half of all trips (45%). The taxi fleet is large and popular, and car-sharing is also widely available. In Japan, the trend is slowly shifting away from buying a car to renting one on an “as needed” basis. Even though cars and related traffic jams are abundant, average air pollution is kept at a moderate level, and there are considerable efforts to reduce that even further. In the lead up to the Olympic games in 2020, Tokyo is investing in zero emission technologies. The city now has more EV charge points than gas stations, and EV sales picked up speed considerably in 2018. The metropolitan government further advertised plans to invest $350 million in establishing refueling stations for hydrogen cars. There are also plans to have operational self-driving vehicles by 2020, and the autonomous test drives proved to be very popular with the innovative Tokyoites. All good news for air pollution and good starting points for sustainable mobility.

As we aim to invent ourselves out of the climate crisis and the air pollution crisis, one thing is clear, we will need to keep close tabs on the development of high tech mobility in Japan.

But still one thing needs to shift for Japan to efficiently combat climate change and that is the primary energy supply. As a country depending heavily on importing fossil fuels, the national renewable energy target is set to grow to about a quarter of the energy mix by 2030, and Tokyo is leading the way by raising that bar to 30%. But more is needed to halve emissions by 2030.
Halving by 2030 increases our chances at limiting climate change at the safe limit of 1.5 °C - A race we can and must win.

Tokyo joined WWF’s One Planet City Challenge 2017/18.
WWF’s One Planet City Challenge is the largest and longest running of its kind. From 2019, participating cities will be evaluated against their alignment with the goal of 1.5 °C of maximum global warming. Cities will further be guided to big win impact reductions. Want your city to sign up? Read more here: panda.org/opcc

Some Tokyo Facts: Tokyo’s ambitions and targets
The Tokyo Metropolitan Government has been set environmental policy targets for 2020 and 2030. These focus on reducing CO2 emissions through different strategies: from Zero Emission Vehicles (ZEVs) to Zero Emission Island (ZEI) to Zero Energy Buildings (ZEBs). The main overarching target would be to achieve a reduction of 30% in GHG emissions by 2030, compared to 2000 levels.

By 2030, Tokyo aims to increase the Zero Emission Vehicles market share to 50% of new passenger car sales, working with relevant industries to promote the diffusion of products with low environmental load, such as ZEV and zero emission bikes.

But what are these ZEVs? Basically they are a mix of battery electric vehicles and plug-in hybrid electric vehicles and Fuel-Cell Vehicles (FCVs). To sum up: vehicles which do not emit any CO2 or pollutants from the exhaust pipe.
For instance, in terms of FCVs, Tokyo has set some specific time-bond targets, such as Fuel-Cell Vehicles will have to count at least 100 buses by 2020. So far, five fuel-cell buses have been introduced on regular routes on a Tokyo metropolitan bus line since February 2019, and TMG plans to further increase this number by the end of March 2019. Residents and tourists in Tokyo can experience the new technology today.
Tokyo’s strategy is to focus on targets that are time-bound and on investing in relevant technological green innovations.
Download
Urban Solutions case 2019 – Tokyo
PDF 199 KB