The Kazimzumbwi Forest Reserve is located in Kisarawe district, just some 20 kilometers from Dar Es Salaam city. It covers an area of 4,887 hectares (12,080 acres), which makes it the biggest forest resere in the Pwani Region and closest to Dar es Salaam city. The reserve was established in 1936, but both agriculture and logging were tolerated for several years. Logging, in particular, went on until the 1970s.
The Kazimzumbwi Forest and the adjacent Pugu Forest Reserves are reportedly the remainders
of one of the oldest surviving forests in the world. One permanent stream arises from the forest reserve and provides a water supply for some of the local people. In the past (when forest was more extensive on the Pugu Hills) streams arising from the area used to supply all the water needed in Dar es Salaam.
As beautiful as it is Kazimzumbwi Forest Reserve has been prone to human disturbances such as deforestation for pole and timber extraction, charcoal production, fire, animal trapping, cultivation and the presence of footpaths. Certain tree species appear to have been targeted for pole and timber extraction, charcoal production and makonde carving. Important species such as Milicia excelsa and Dalbergia melanoxylon are now considered rare within the reserve.
This year’s Earth Hour light was at this beautiful reserve where WWF Tanzania with support from WWF UK facilitated the planting of 20,000 trees in the areas that are vastly affected by wild fires and encroachment.
The exercise that was led by the District Commissioner for Kisarawe Jokate Mwegelo and the conservation Manager for WWF Tanzania Dr. Simon Lugandu attracted hundreds of community members living near the forest, who joined and took part in the tree planting exercise.
In her speech Ms Mwegelo reminded the communities that the government’s catchphrase right now is to make Tanzania green again and this cannot be successful without the participation and involvement of every Tanzanian.
“This is our country and our resources and our natural heritage, we are the custodians of the natural resources that we have. We are actually the primary beneficiaries of these resources, it should be a shame to wait for outsiders to come and help us protect what is ours. We need to take action now. Nature depends on us. Let’s work together to make Tanzania green again”.
Dr Lugandu thanked the Kisarawe district for accepting to host Earth hour this year and said WWF is committed to support the restoration of Kazimzumbwi Forest Reserve and the other two reserves in Pwani region.
“We have committed to support the government’s efforts to restore Kazimzumbwi, Pugu and Vikindu forest reserves. It is our desire to see the Tanzania’s natural resources flourishing because we deeply understand that to save our country from the effects of climate change and desertification we need to plant as many trees as possible. We will not stop here we have planted a total of 45000 trees here in the last two years, we want to go even further and turn this reserve into a touristic site”.

WWF staff were part of the audience celebrating Earth Hour in Kazimzumbwi. 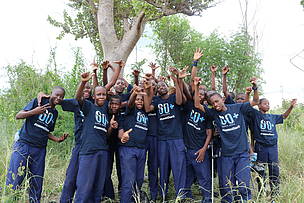 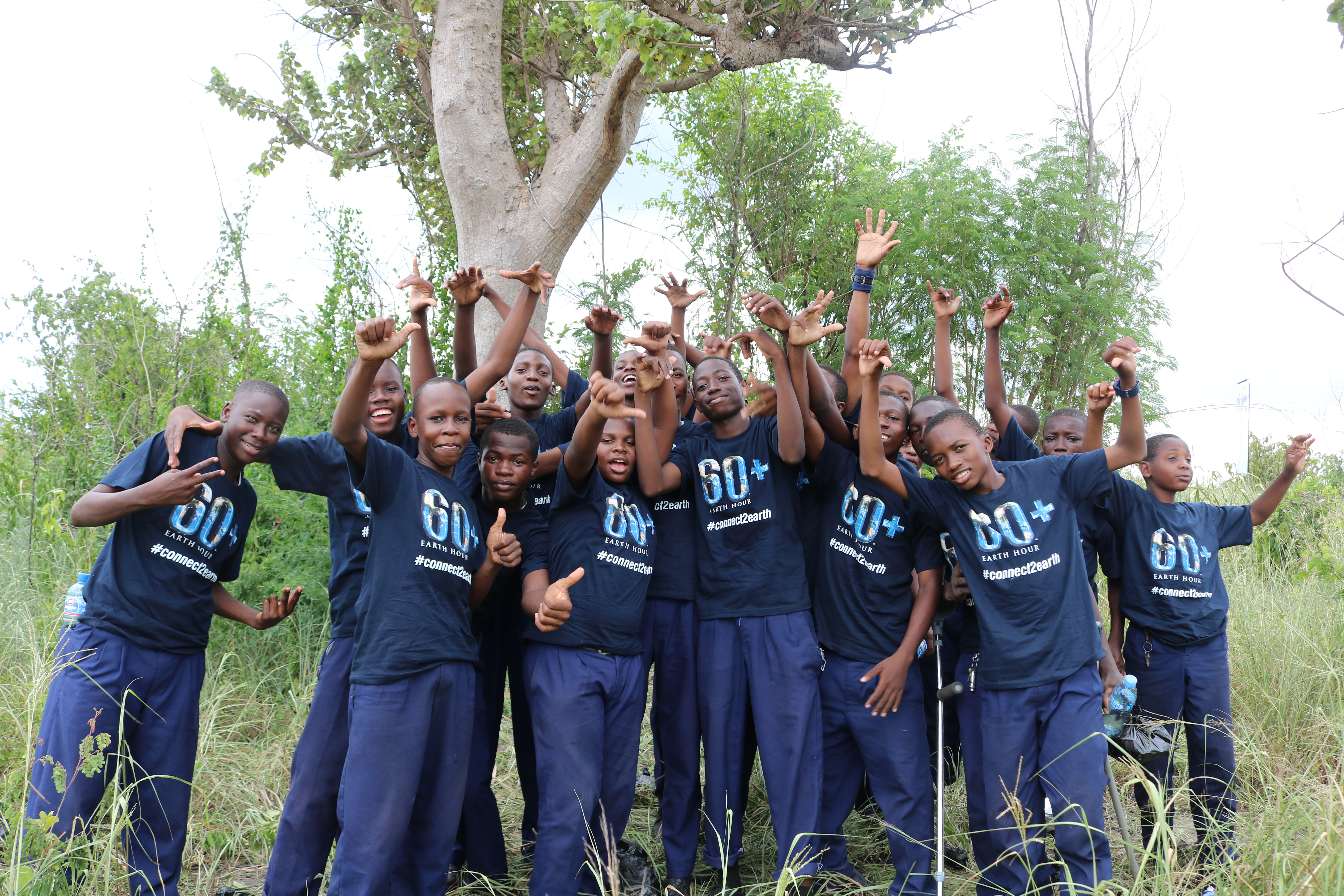