WWF-Armenia together with Wesser Foundation: BarevTrails project in Tatev, Armenia

Tatev is a village in the Syunik region of Southern Armenia, which has recently established itself as a hotspot for tourism. Tatev is also the name given to the monastery in the village and to the planned National Park, which will incorporate the breath-taking Vorotan Gorge; the first site of the BarevTrails ecotourism development project. BarevTrails aims to encourage sustainable and educational ecotourism for adventurous travellers. Their volunteers work to expose – oftentimes hidden – natural and cultural heritage sites in a number of regions across Armenia. They do this through the establishment of hiking paths and trails, in keeping with the protection of ecosystems, ultimately contributing to the socio-economic development of the region through the facilitation of ecotourism.

BarevTrails anticipates ecotourism as a benefit to Armenia through the creation of a culture of conservation. That is, hiking paths in lesser-known regions of the country will educate Armenians and foreign tourists alike as to the biodiversity that the country has to offer. Moreover, tourists will be attracted to different areas of the country, facilitating jobs and income from the tourism sector reaching more remote regions of Armenia. If conducted in a sustainable manner, individuals in villages such as Tatev are likely to benefit from the influx of those hoping to experience Armenia’s nature while their natural surroundings continue to flourish.

WWF-Armenia is carrying out the BarevTrails project together with Wesser; a unique, all-in-one fundraising programme that has supported a number of European charities in the fifty years of its operation. European volunteers, as part of Wesser, came to work alongside Armenian volunteers in Tatev, as coordinated by WWF, towards the re-establishment and general improvement of BarevTrails’ first project in the country.  The project is also supported by the "Trails For Change" NGO.

The trail will connect Tandzatap village with one of Armenia’s natural wonders; the Devil’s Bridge, located five hundred metres below Tatev monastery. The volunteers worked tirelessly for six days in the pursuit of education and conservation; informational and education signboards were installed along the trail, not only to mark out its direction, but to signify the diverse local fauna and flora along the way. Some of these signs are compatible with QR scanners to allow for more in-depth information. The gorge is rich in biodiversity, acting as home to a wide array of species, including the Golden Jackal, Badgers, Indian Crested Porcupines, occasionally also the Brown Bear, Grey Wolves, Eurasian Lynx, and Wild Boar. Additionally, it boasts a number of Caucasian butterflies and dragonflies, as well as avifauna such as Egyptian and Griffon Vultures, the Peregrine Falcon, Middle Spotted and Green Woodpeckers, Golden Orioles, Rock Buntings, Woodchat Shrikes and White-throated Dippers.

As a team, the volunteers sought to provide knowledge both about the historical significance of the area but also the natural biodiversity, making the path an attractive and sustainable site for tourists. This involved cleaning the area of old graffiti and installing steps on steep hills. As well as this, the volunteers built a bridge over a fast-flowing stream to ensure that a consistent path could be followed. Ultimately, they were trailblazing and path forming, in order to layout the route alongside informative signs describing the surrounding environment. While the route already existed, it was yet to be established as an eco-tourism attraction.

BarevTrails’ goal in the Tatev area is to highlight the welcoming culture that Armenia has to offer and the beautiful landscape that it encompasses. As such, establishing these paths for tourists in a number of different regions across the country promises to bring with it all of the benefits of sustainable tourism; even on the last day that the volunteers were working, foreign tourists were already making use of the path! While they worked, the volunteers stayed in camps within the village of Tatev and host families helped provide food from their own gardens and stables. Together, WWF-Armenia and Wesser Foundation created and inclusive integration between the volunteers and the residents of Tatev, which allowed for full exposure of Armenian culture, whilst working towards a shared, positive goal.

Both volunteers from Wesser Foundation and those from the Trails For Change NGO spoke of productivity that was inspired by their surroundings and the cohesiveness of their team over their six full days of work. The opportunities to experience Armenian hospitality, sample local produce and take in the spectacular nature that surrounded them that were presented to the volunteers, will now also be available for tourists visiting the Tatev area. Wesser’s volunteers, in particular, have since spoken of the gratitude that they feel having had the opportunity to experience the amazing spirit that exists within the country, from Yerevan to Tatev, with respect to the nature, the people and to the established historical landmarks that exist around Armenia. 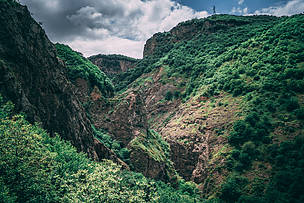 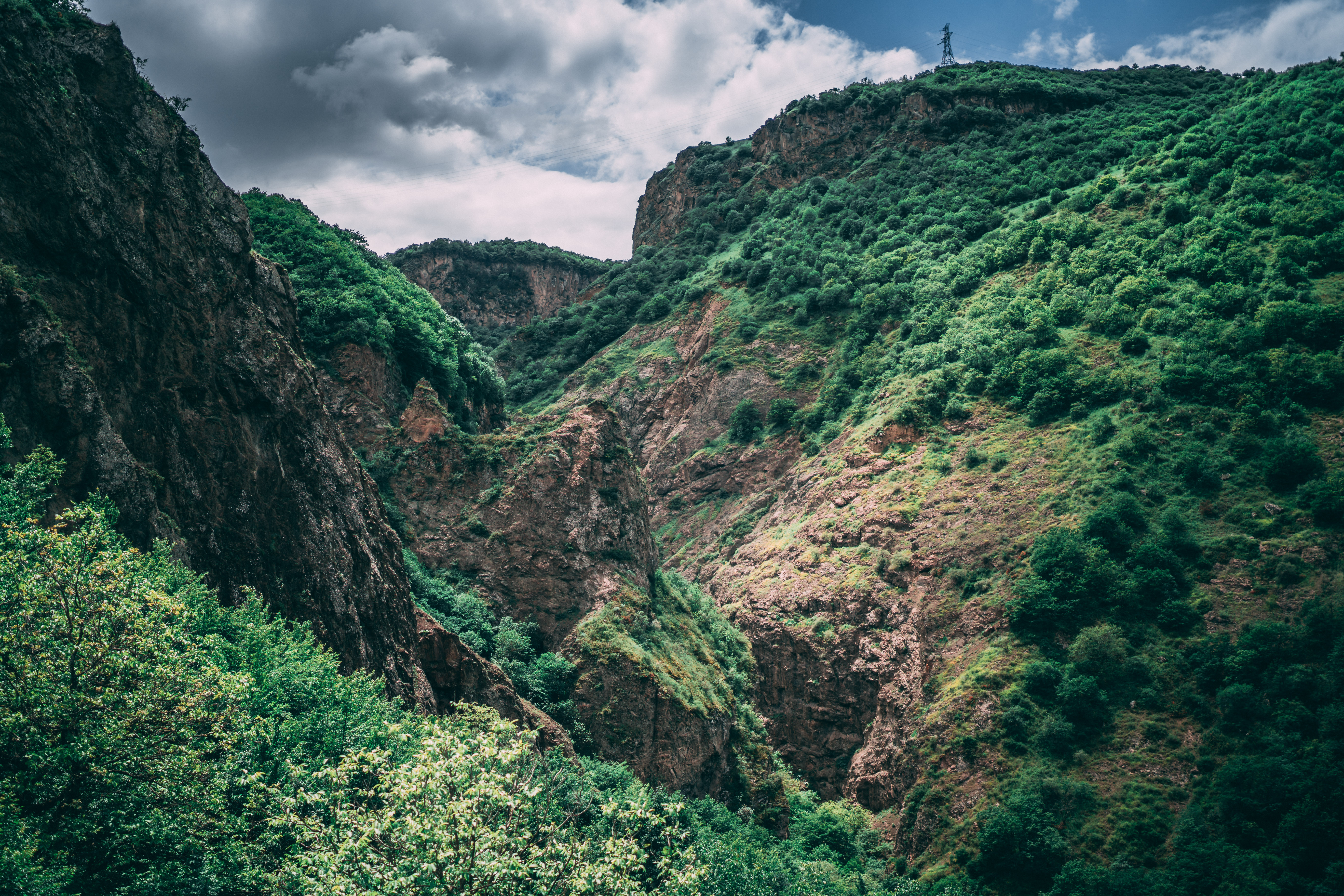 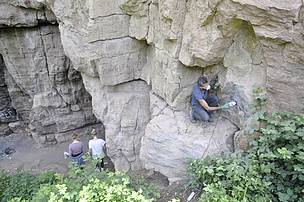 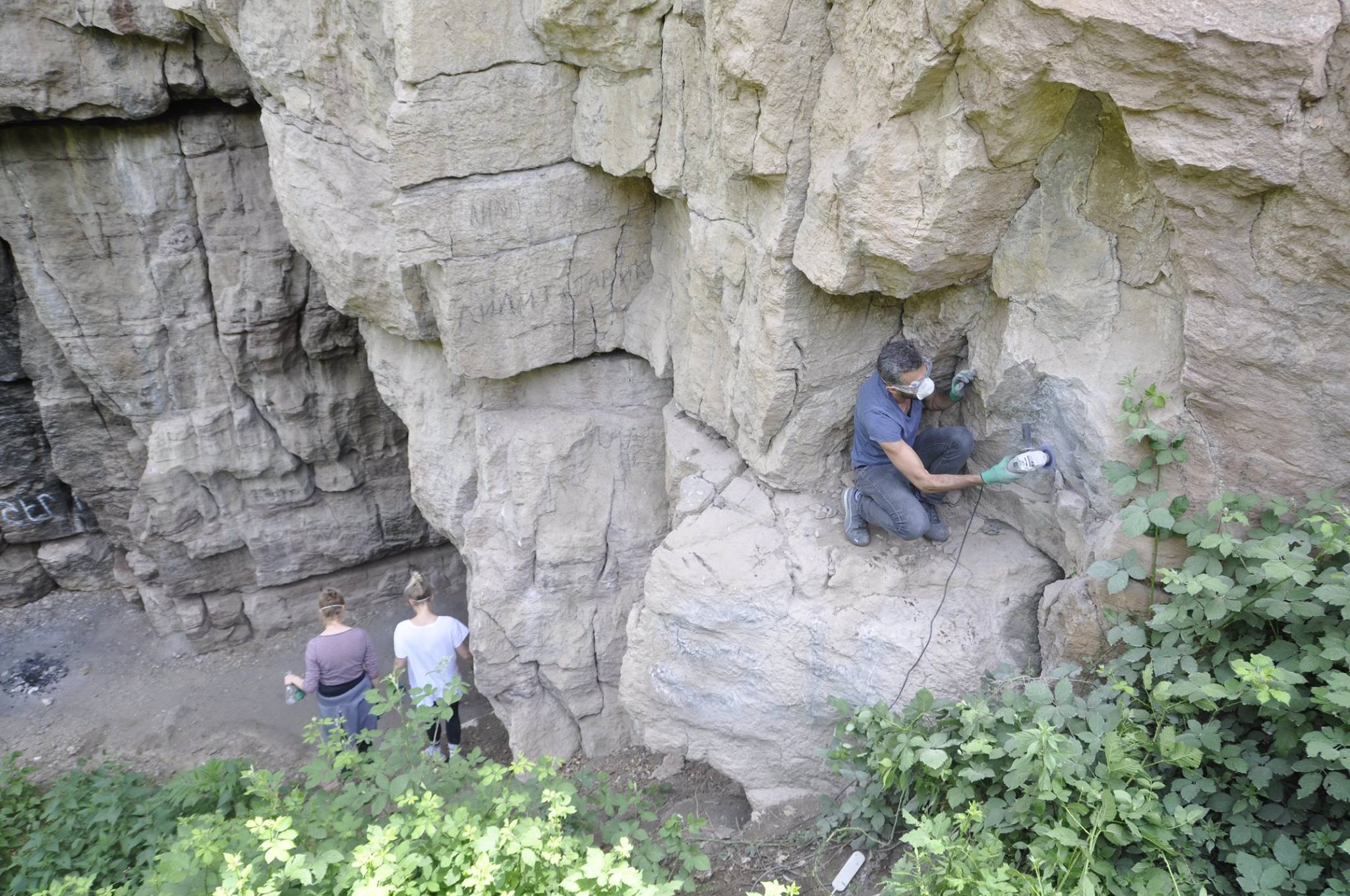 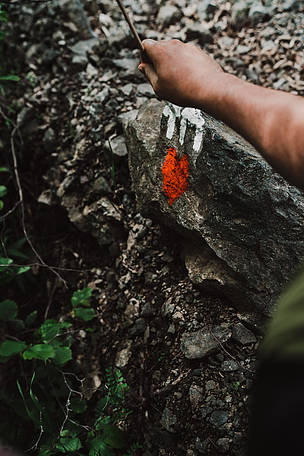 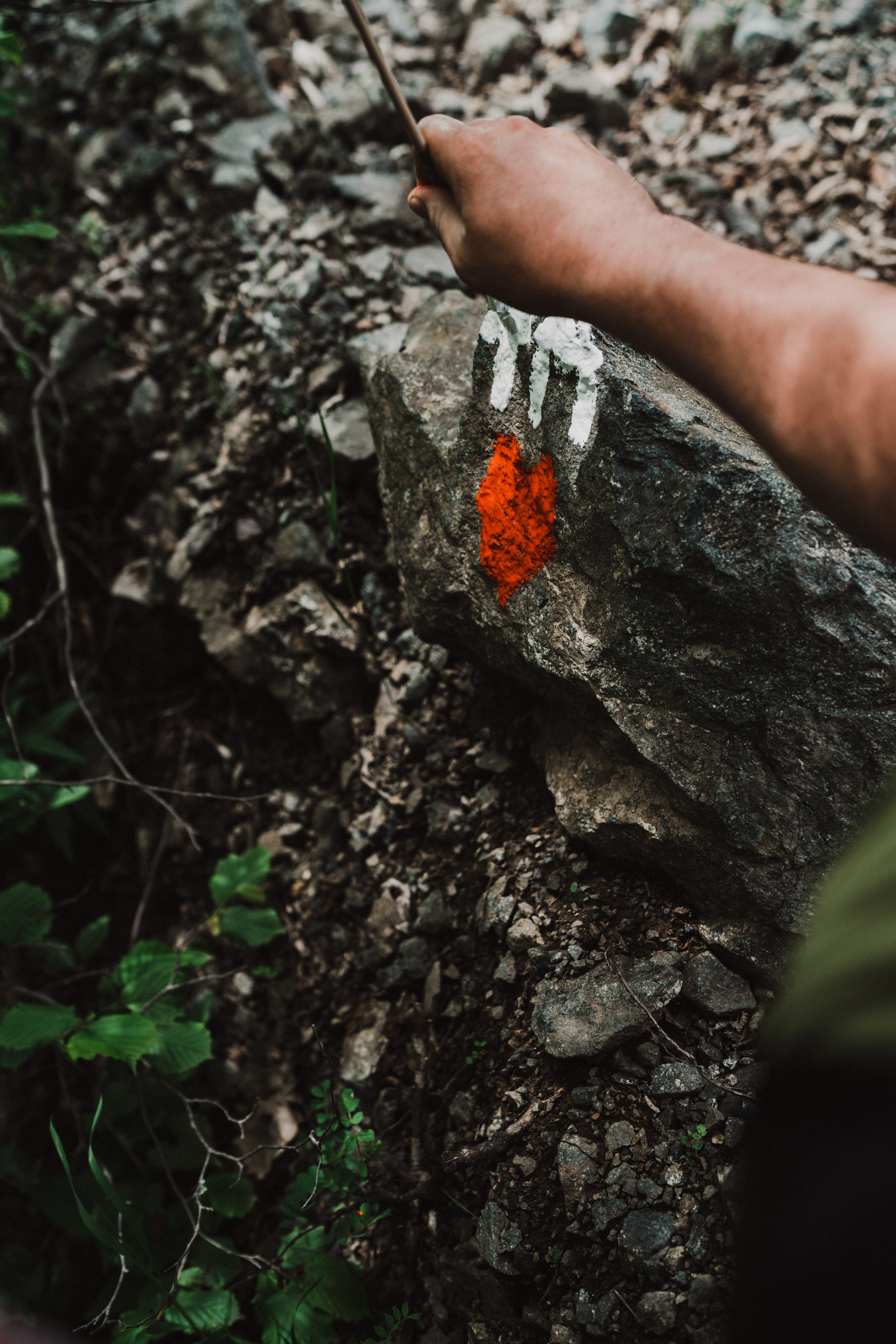 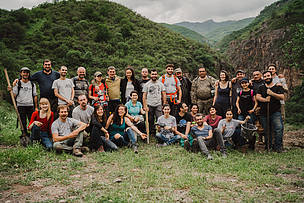 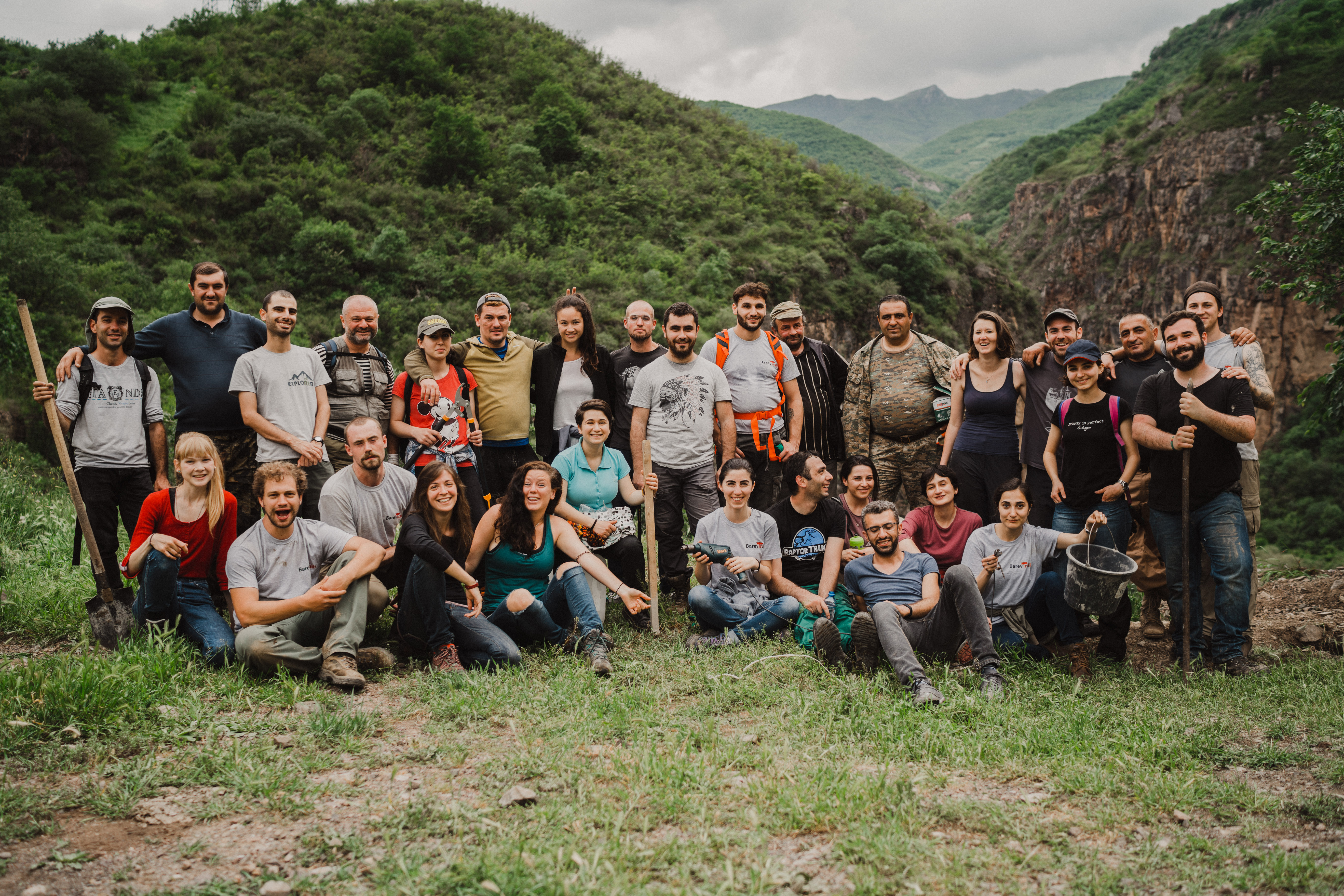