This landmark event is part of a long-term project to free the Sélune River, and bring salmon, eels and other wildlife back to the river and to the famous Mont-Saint-Michel Bay – a UNESCO World Heritage Site and one of Europe’s prime tourist attractions.

The elimination of the Vezins Dam – as well as another old, obsolete dam, La Roche Qui Boit – over the next two years will open up 90 km of the Selune River; improving water quality, allowing migratory salmon to return to their ancient spawning grounds [1], and benefiting people and nature all along the river.

“The removal of the Vezins Dam signals a revolution in Europe’s attitude towards its rivers: instead of building new dams, countries are rebuilding healthy rivers and bringing back biodiversity,” said Roberto Epple, President of European Rivers Network and 2018 Euronatur Award recipient. “Nature can recover remarkably quickly when dams are removed, and I look forward to watching salmon swimming past Mont St Michel and spawning in the headwaters of the Selune for the first time since my grandparents were young.”

Although over 1000 dams are already dissecting rivers in the Danube Basin, many new projects are in the pipeline across the CEE region. For example, completion of the Răstolita Dam in Romania will entail the capture and derivation of several water bodies, leaving some of them high and dry. Approximately 8.5 km of critically endangered Danube salmon breeding habitat would be destroyed. There are dozens of new small hydropower plants planned in Slovakia. In many cases, an Environmental Impact Assessment (EIA) has not been implemented properly, resulting in court cases. One example is the Hronsky Benadik Dam Project on the Hron River in central Slovakia. Together with other NGOs, WWF-Slovakia criticized the improper EIA at the NATURA 2000 site, which runs counter to principles enshrines in the WFD. The area is important for the protection of migratory fish such as Danube salmon. The NGO initiative was successful, and the court ruled that the EIA process must be repeated. However, there are still many more instances of environmentally unsound dam construction along the Hron River, such as Ilias close to Banska Bystrica, and Ziar nad Hronom. Another such project in the neighborhood of the EU is the Nenskra Dam in Georgia, which would irreparably destroy the unique biodiversity of the Caucasus Mountains and the economic livelihoods of the indigenous Svan people that have lived for generations in the region.

Under the EU’s water law - the Water Framework Directive (WFD) - EU governments are obliged to adopt measures to restore their rivers so they can achieve “good ecological status” by 2027 at the latest. Removing old or obsolete dams is a highly effective way for them to meet their commitments under the WFD. Dam removal helps to restore a river’s connectivity, and facilitates the achievement of good or high status of that river or associated water bodies. It also restores biodiversity and fish stocks.

“We congratulate France for proceeding with the biggest dam removal in Europe to date, and with that, bring hope for migratory fish species such as salmon, eel and sturgeon," said Andreas Baumüller, Head of Natural Resources at WWF’s European Policy Office. "However, this should not eclipse the fact that many Member States are still pushing for the EU water law to be significantly weakened during the ongoing fitness check. If ever put into effect, these changes would seriously hamper positive measures taken so far to restore Europe’s rivers, including dam removal."

Artificial barriers (dams) are one of the most significant threats to river ecosystems, resulting in river fragmentation and loss of habitat connectivity. They stop the natural flow of sediments downstream and prevent migratory fish from travelling up- or downstream to complete their lifecycles. These impediments often lead to the decrease or decimation of native fish populations and can harbour other, non-native species in their adjacent impoundments. A new study in Nature revealed that just one-third of the world’s longest rivers remain free-flowing with river “fragmentation and flow regulation as the leading contributors to the loss of river connectivity.”

It is estimated that over 3,500 barriers have been abolished across Europe, including the biggest dam removal in Spain last year, and an ongoing historical river restoration project in Estonia that will eradicate 8-10 dams and open up 3,300 km of river basin. Moreover, European citizens are also donating funds through a crowdfunding campaign to remove these across the continent. One such successful example is in Ukraine, where WWF and Rewilding Europe are attempting to eliminate ten dams along the Kagach and Kagilnyk Rivers, part of a wetland in the Danube Delta.

Notes to the editor
[1] Historically, the Sélune River was home to salmon that travelled upstream from the river mouth near Mont Saint Michel to mate and lay eggs. However, construction of these two dams stopped the salmon from migrating, effectively stopping the recreational and commercial harvest of them as populations collapsed. The removal of these dams will help to bring more wildlife and biodiversity back to the river, as well as other recreational and touristic opportunities. 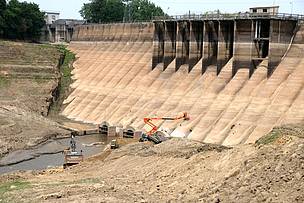 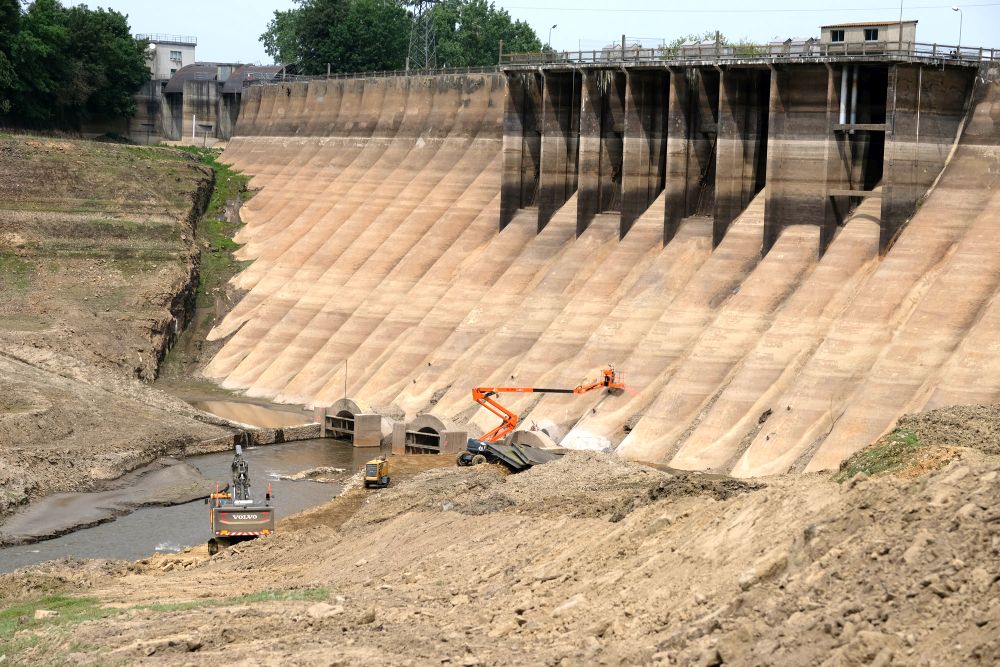