“It is certainly promising when members align on a pathway forward but we must be very cautious about the prospects of this measure achieving its objectives,” said Pablo Guerrero, WWF LAC Fisheries Director. “We join those rooting for success but only science will tell if the measure’s objectives have been achieved, and the data we need will take time to collect and analyze.”

During its meeting this week, IATTC members decided to maintain a 62-day fishing closure and the ¨corralito¨ area closure during the current season. In addition, countries established a total annual catch limit for yellowfin tuna and bigeye tuna, depending on the type of set.

“While there are catch limits in place for yellowfin and bigeye, there are no national allocations, which basically means that vessels could reach the collective limit long before all catches are reported,” said Guerrero. “Since large commercial fishing vessels catch multiple tuna species at once, it will also be difficult for onboard observers to accurately determine how much of each species is caught. This has the potential to create a scenario in which there could be greater pressure on observers, who at present are working without critical and modern safety equipment and measures to enable them to carry out their work properly.”

We urge the Commission to adopt the US proposal of safety measures for observers at its 2017 annual meeting.

Impacts on these vulnerable tuna stocks are the result of fleet overcapacity and the continued increases in operational capacity so WWF expresses regret that the IATTC also activated increased capacity for Guatemala and Venezuela. WWF urges the Commission at its next meeting to resume deliberations on measures to reduce Eastern Pacific Ocean (EPO) purse seine fleet overcapacity, otherwise the conservation of these tuna stocks could be seriously affected. Declining tuna stocks could generate negative impacts on the tuna industry that supports tens of thousands of jobs.

Guerrero added, “It is crucial that IATTC member countries expand their commitment to responsible management to achieve sustainable tuna fisheries and set longer term, more precise measures at its 2017 annual meeting. Otherwise, progress made to certify key EPO fisheries could be at risk.”

WWF announced it is ready to support the IATTC’s efforts to set up a working group to design a pilot project based on the proposal presented by Ecuador and Colombia to establish catch limits for yellowfin and bigeye by individual vessels. 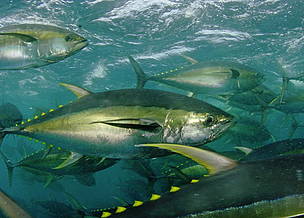 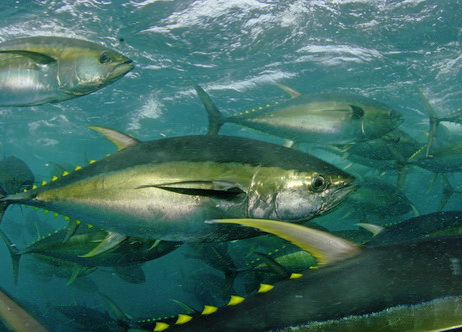