Tigers on the Brink: Facing up to the Challenge in the Greater Mekong, states that tiger populations in the Greater Mekong – an area that includes Cambodia, Laos, Myanmar, Thailand and Vietnam – have plummeted from an estimated 1,200 during the last Year of the Tiger in 1998 to about 350 today.

This decline is reflected in the global wild tiger population, which is at an all time low of 3,200 - down from an estimated 5,000 to 7,000 during the last Year of the Tiger. The report states that increasing demand for tiger body parts used in traditional Chinese medicine and habitat fragmentation from unsustainable regional infrastructure development have driven the decline of the region’s Indochinese tiger population.

Tigers on the Brink, released today, comes as leaders from tiger range countries prepare to meet for the first Asian Ministerial Conference on Tiger Conservation in Hua Hin.

“Decisive action must be taken to ensure this iconic sub-species does not reach the point of no return,” said Nick Cox, Coordinator of the WWF Greater Mekong Tiger Programme. “There is a potential for tiger populations in Vietnam, Laos and Cambodia to become locally extinct by the next Year of the Tiger in 2022, if we don’t step up actions to protect them.”

Indochinese tigers historically were found in abundance across the Greater Mekong region. Today, there are no more than 30 individual tigers per country in Cambodia, Laos and Vietnam. The remaining populations are predominantly found in the Kayah Karen Tenasserim mountain border between Thailand and Myanmar.

However, despite these negative trends there is still time to save the Greater Mekong’s tigers. The region contains the largest combined tiger habitat in the world. Forest landscapes spanning 540,000km2, or roughly the size of France, are priority areas for current tiger conservation efforts.

“This region has huge potential to increase tiger numbers, but only if there are bold and coordinated efforts across the region and of an unprecedented scale that can protect existing tigers, tiger prey and their habitat,” said Cox.

At the meeting, WWF is calling on ministers of the 13 tiger range countries meeting in Hua Hin to step up efforts to double the numbers of wild tigers by 2022. Tiger range states include Bangladesh, Bhutan, Cambodia, China, India, Indonesia, Laos, Malaysia, Myanmar, Nepal, Russia, Thailand and Vietnam.

The first Asian Ministerial Conference on Tiger Conservation, which runs from 27-30 of January, is part of a global political process to secure the tiger’s future. These efforts will culminate in a Tiger Summit in Vladivostok, Russia, this September, to be hosted by Russia’s Prime Minister Vladimir Putin and co-chaired by the World Bank’s President Robert Zoellick.

“There is an unprecedented opportunity to galvanise political will and action to turn the tide on wild tiger numbers,” said Mike Baltzer, Leader of WWF’s Global Tiger Initiative. “But to do this, we must stop the trade in tiger parts, rampant poaching, and secure the tiger’s habitats.”

The report is available for download at http://www.divshare.com/folder/666211-0c1 This page also contains high quality b-roll and photos for use, and other information about WWF’s work on tiger conservation. 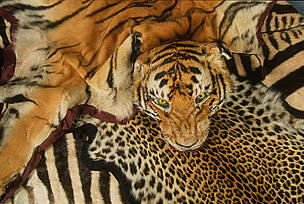 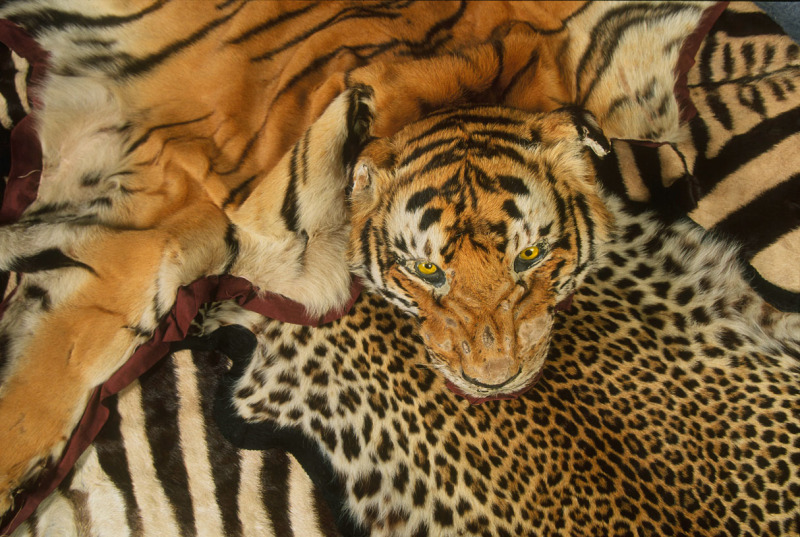