Where does the mercury poisoning the Amazon come from? | WWF

Where does the mercury poisoning the Amazon come from?

New report reveals commercial flows of mercury to the region.
An increasing amount of studies are revealing an alarming reality: The Amazon is contaminated with mercury and, therefore, a large number of species and human populations that live within the region are contaminated too. In several countries, fish and Amazon dolphins contain this dangerous heavy metal in their tissues, while mercury has also been found in the bodies of local and indigenous populations, at the level of intoxication in many cases.

The new report "The Amazon Biome in the Face of Mercury Contamination: An overview of mercury trade, science and policy in the Amazonian countries", connects these dramatic consequences at the local level with the dynamics of mercury in global trade. Prepared by WWF and the Gaia Amazonas Foundation, with the support of the UN Environment Programme, this publication reveals the alarming reality of mercury contamination in the Amazon and analyzes the route that this heavy metal follows to reach its final use for illegal and informal gold mining in the region. The report compiles and systematizes existing information, analyzes normative and policy instruments, and reviews the international mercury trade databases.

The report explores how, despite the fact that mercury exists naturally in the Amazon, its presence has been progressively increased in recent years due to the growth of the demand for gold on the planet and, therefore, the accelerated increase in mining of informal and illegal gold that uses mercury for its operations. This kind of mining is the largest source of mercury contamination globally, and it's responsible for 71% of emissions in the region and 37% of emissions in the world. Mercury is used for the process of amalgamation of gold, is transported by rivers and enters the food chain of human beings and key species such as river dolphins, through fish. In addition, dredging and forest clearance activities remove sediments and soils that are naturally rich in mercury, releasing it to the surface.

Once released, the cycle of this substance is complex: mercury is indestructible, so it persists in the environment; it is transported over long distances, away from its emission points; and has the ability to bioaccumulate and biomagnify in living beings, causing a series of affectations to the nervous and renal tissues, producing problems of gestational development and triggering other diseases, which can ultimately lead to death.

Commercial flows. Where does the mercury poisoning the Amazon come from?

Globally, mercury imports have decreased from 2600 tons in 2010 to 1200 tons in 2015, this represents a 54% reduction. In contrast, countries of the Amazon Biome recorded a 40% increase in total mercury imports: from 308.76 tons in 2008 to 431.56 in 2015. There is no primary mercury mining in the countries of the Amazon Biome, thus, practically all of the mercury for illegal and informal gold mining activities in the Amazon region is imported. Where does all this mercury come from?

The report found that until 2015, most of the mercury imports in the Amazonian countries and the world came from the European Union, especially from Spain and Germany, in addition to the United States and Mexico.

In 2015, a mercury export ban imposed by the European Union and the United States came into force. The signing of the Minamata Agreement also restricts exports and imports of this element. After these changes, according to data from the UN Environment Programme, Mexico became the main supplier of mercury for the region. In 2015, Mexican exports reached 300 tons of mercury annually, mainly destined to Latin American countries with informal and illegal gold mining activities.

The study also revealed that there are indications of the existence of a transnational network of mercury trade in the Amazon region. Until 2015, mercury seemed to be crossing from Mexico to Peru and then to the rest of the countries through an emerging illegal market in countries such as Bolivia and Colombia. When Peru stopped importing mercury in 2015, Mexico's exports to Bolivia increased significantly from 24 to 138 tons, which led to the estimation that the surplus of mercury in Bolivia would be distributed via transnational smuggling to other countries of the Amazon Biome. However, there are no official investigations into the illegal mercury market in the region.

How do we face this crisis?

The report shows that mercury in the Amazon is a multidimensional problem that goes beyond borders and requires actions in several areas. Within the region, cross-border policies that aim to progressively reduce mercury trade and its use in gold mining are needed. However, beyond the Amazon, other factors such as international demand for gold come into action. This is why the illegal origin of gold and the mercury contamination associated with it in the Amazon region must be made visible in international markets, aiming to establish mechanisms for traceability of origin and communication around the notion of “poisoned gold”.

It is also important that the authorities of Amazon countries accelerate the implementation of the Minamata Convention, an agreement that regulates the use of this heavy metal, and that they urgently direct strategies for the protection of the most affected sectors, including indigenous peoples and local communities, as well as Amazonian biodiversity. 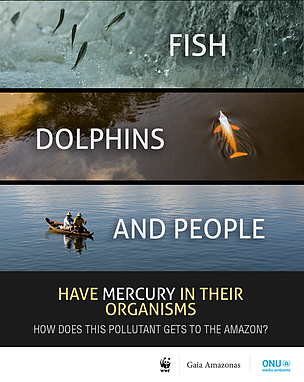 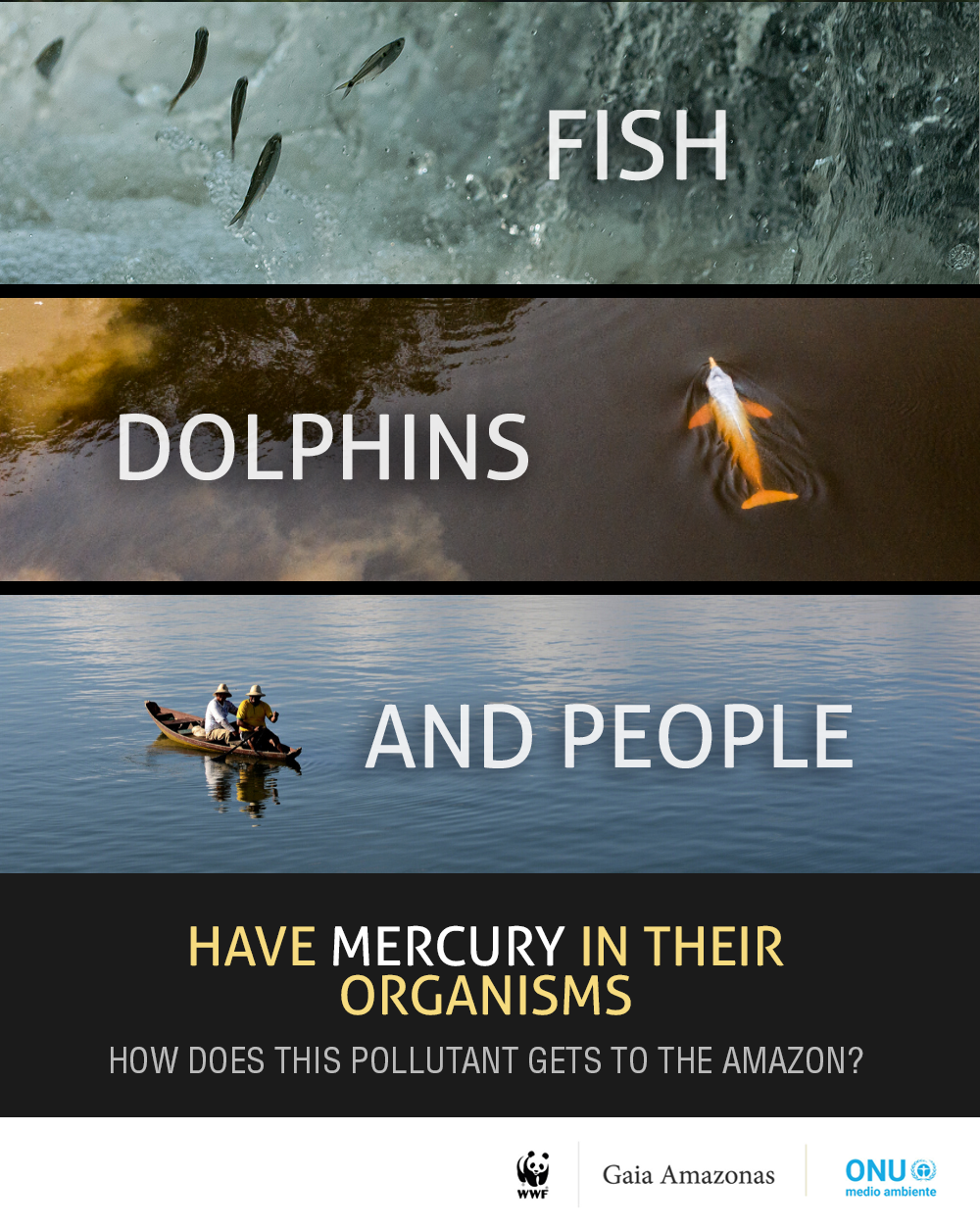 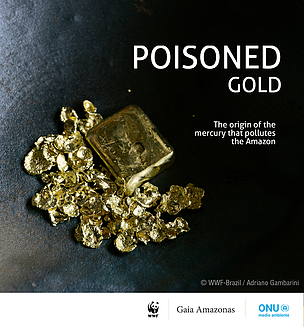 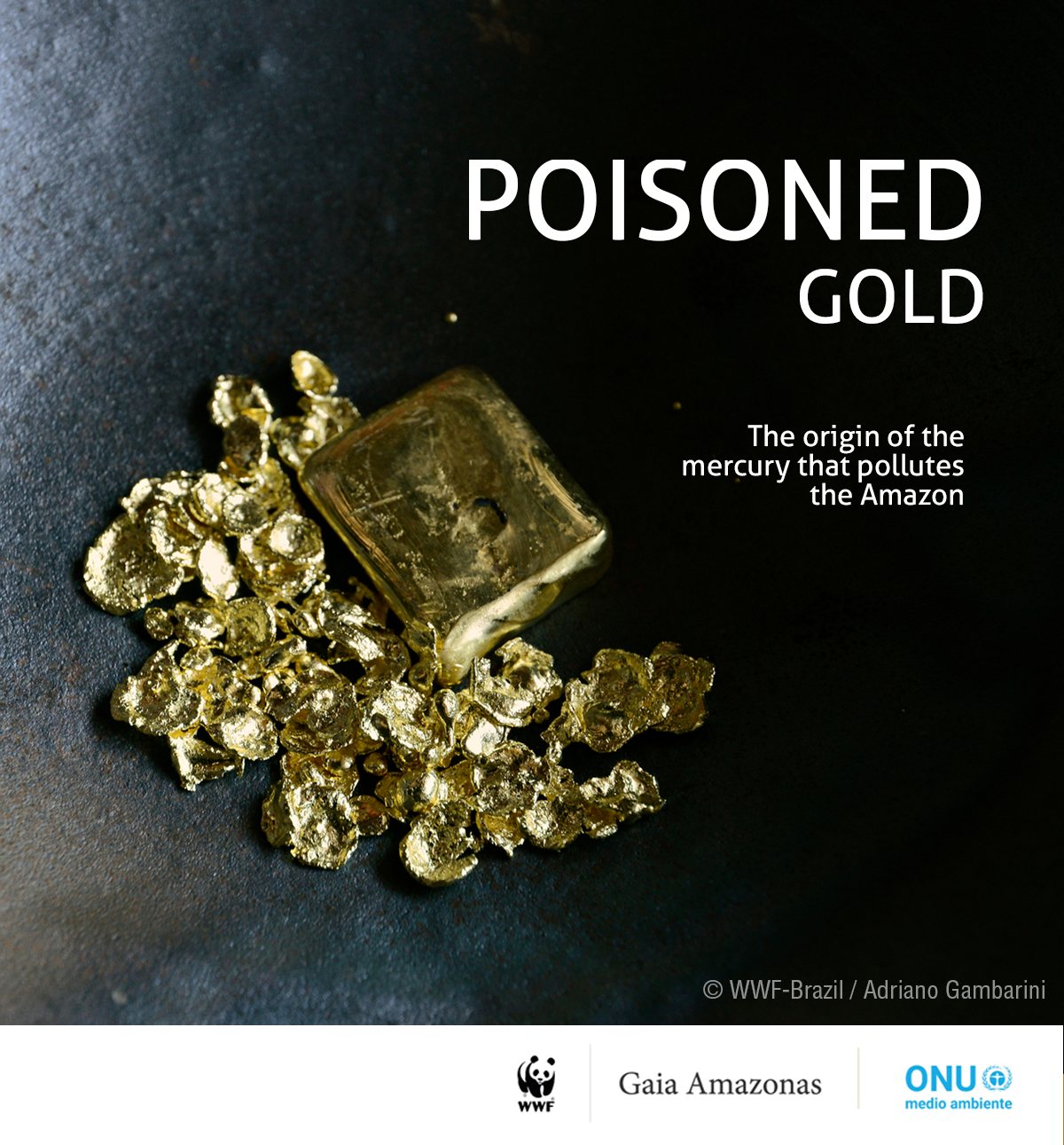