New plan to save declining great apes of Central Africa

Critical landscapes identified for the continued survival of the region’s great apes.
The number of gorillas and chimpanzees in Central Africa continues to decline due to poaching, habitat loss and disease according to a new plan published by WWF, International Union for Conservation of Nature, Wildlife Conservation Society and partners.

The strategy, “Regional Action Plan for the Conservation of Western Lowland Gorillas and Central Chimpanzees 2015-2025”—outlines the growing number of threats to these great apes across six range countries, including gaps in law enforcement and the threats by well-connected traffickers seeking to supply the illegal commercial market.

While national and international laws protect the critically endangered western lowland gorilla and the endangered central chimpanzee, the report found that across six countries nearly 80 percent of great apes live outside of protected areas.

“Central African governments have demonstrated increased willingness to protect the dwindling populations of gorillas and chimpanzees," said David Greer, WWF’s Great Apes Programme Manager. “Now bold steps are needed to ensure that existing wildlife laws are upheld and that weak governance, which results in widespread impunity for wildlife traffickers, is eliminated, to give great apes the opportunity to survive and thrive.”

In the new plan, 18 landscapes are identified as critical for the continued survival of the region’s great apes. The plan also calls for improved law enforcement, more effective management of great ape habitat outside of protected areas, and better national land-use planning.

Survey data collected between 2003 and 2013 was used to produce great ape population density maps across the entire range of both western lowland gorillas and central chimpanzees to re-assess conservation priorities. These landscapes cover half the geographic range of these two subspecies, yet they harbor over three quarters of the great apes remaining in the region.

The previous plan from 2005 helped to slow the declines in the ape populations; however the growing human population in the region coupled with the expansion of extractive industries and industrial agriculture are putting increasing pressure on the remaining great apes, requiring urgent additional conservation measures.

The new plan is the combined work of 70 conservationists, scientists, wildlife health experts, donors, wildlife authorities and protected area managers from six countries in the region.

The new strategy to help ape populations was funded by the Arcus Foundation, the United States Fish and Wildlife Service, and the Great Apes Survival Partnership. 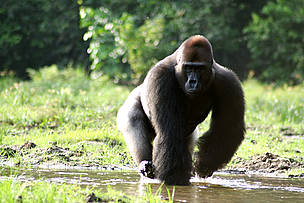 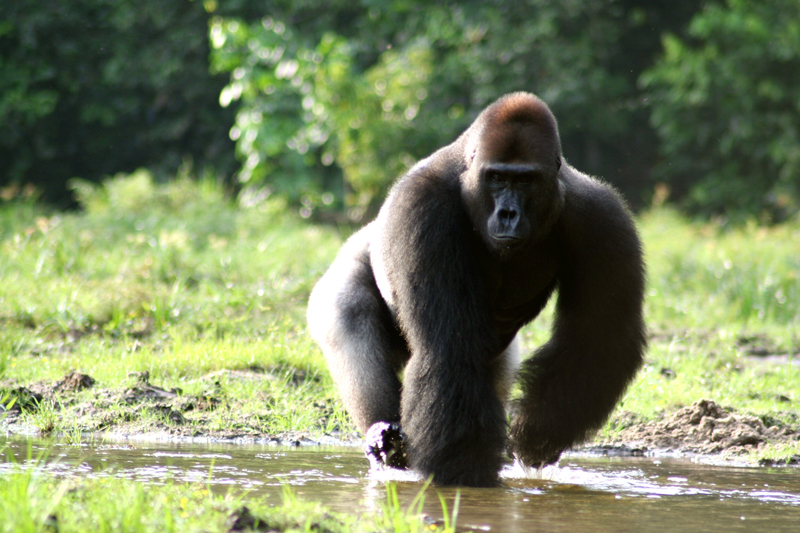