Rhino poaching has increased dramatically over the last year-and-a half, fuelled by demand for horn in Asia for use in traditional medicines. South Africa, proud stronghold of the African black and white rhino with more than 80 percent of Africa’s rhino populations, has been losing at least 20 of the animals per month. In the last five years, more than 600 rhinos were poached across the African continent.

“We’re asking people to take action during the month of September to help us protect our remaining rhino populations and also support our rhino warriors – the men and women at the frontline who risk their lives daily against the sophisticated, ruthless and heavily-armed international criminal gangs who run the illegal rhino horn trade,” said Dr Joseph Okori, Head of WWF’s African Rhino Programme.

During the month-long campaign WWF will be stepping up its support to security efforts in dangerous areas with high rates of poaching and will be seeking public support through awareness-raising events.

The month will culminate with a "Make Noise for Rhinos Day," during which WWF will ask people to dust off their vuvuzelas at 1 pm CET on Wednesday 22 Sept. and make noise with the horns (or toot their horns or blow their didgeridoos or their alpine horns or any other kind of horn) in support of African rhinos in a symbolic call for effective international action against rhino poaching.

This action will tell governments around the world to take this issue seriously, strengthen law enforcement, and impose strict legal penalties as successful deterrents to these crimes.

“People can show their support by going to wwf.panda.org/rhino/donate where they can offer donations for rhino conservation, learn more about issues pertaining to saving rhinos and also share this information with others”, says Dr Okori. “Together we can stop the criminal elements that are plundering our national heritage and a global asset.”

“The poaching trend is extremely worrying,” says Dr Okori. “If it is not stopped, the rhino conservation wins of the last decade will be in jeopardy, which will greatly affect biodiversity as well as the tourism industry and the communities that benefit from it.

He further added that: “It’s gratifying that a number of organizations have stepped up to act on this issue, and WWF and Lead SA are partnering in their efforts. WWF believes our international presence in more than 100 countries, including those where much of the horn is shipped to, will help make this campaign effective. WWF also works with and supports local conservation organisations such as Ezemvelo KZN Wildlife, South African National Parks, North West Parks and others in other rhino range states to respond to this increasing threat and secure Africa’s rhino populations.”

WHAT YOU CAN DO
Make noise. Blow your vuvuzela or car horn (or toot their horns or blow their didgeridoos or their alpine horns or any other kind of horn) on September 22 at 1 pm CET. Tell your friends. Challenge your colleagues and businesses to take part. Help make sure the rhino warriors on the frontline are properly equipped.

Go to wwf.panda.org/rhino/donate and donate. Encourage your friends to pressure their governments to take stricter action against the illegal rhino horn trade, and spread the word about how buying rhino horn is illegal and poaching for rhino horn is hurting a precious African resource and icon. 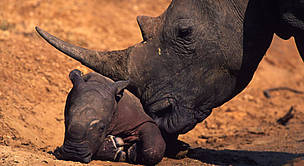 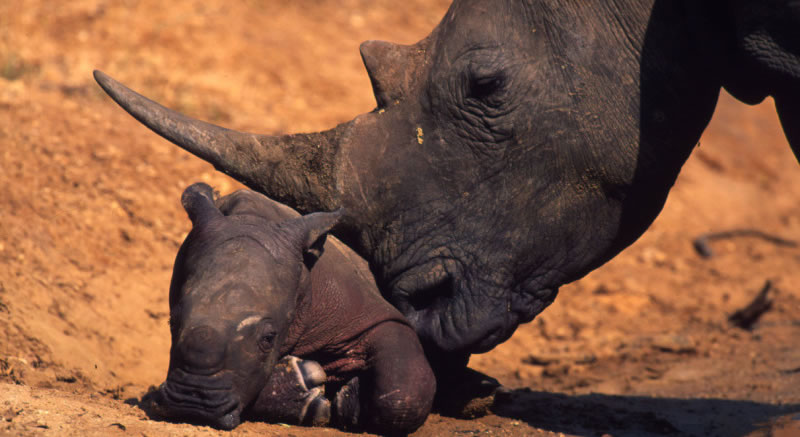