The recent creation of protected areas in the states of Amazonas, Mato Grosso and Pará completed an ecological puzzle, the Southern Amazon Conservation Corridor.

The recent creation of protected areas (PAs) in the states of Amazonas, Mato Grosso and Pará marks the completion of an ecological puzzle, to form the Southern Amazon Conservation Corridor. In addition to preserving the environment, these protected areas will contribute to the land legalization process in areas threatened by the expanding deforestation arc and increasing population growth.

This barrier against land grabbing practices may also help fight an equally cruel practice: the assassination of social leaders. According to the Pastoral Land Commission (CPT), nearly a thousand community leaders were assassinated from 1985 to 1996. The ruthless execution of Sister Dorothy Stang in Anapu (Pará) last year brought the issue to the world’s attention.

The attack reinforced the Federal Government’s decision to create the mosaic of PAs in the Terra do Meio area (Pará), where Stang lived for 35 years fighting for the indigenous communities’ rights of land tenure, including riverine, quilombola (descendants from escaped slaves), rubber tapping, and indigenous communities.

With the establishment of the protected areas, we are very close to achieving the target of 50 million protected hectares set by the Amazon Region Protected Areas Programme (ARPA). It is precisely in these areas where the important ‘conservation corridor' is being developed, where different categories of protected areas and indigenous lands (TIs) get connected, and TIs are just as effective as PAs in the process of conserving the environment.

The corridor is also crucial for biodiversity as it enables species to move freely between the areas.

The creation of the Juruena National Park (Amazonas / Mato Grosso) is a cornerstone in the development of the Southern Amazon conservation corridor because it connects the mosaic of protected areas in Terra do Meio (Pará) and Apuí (Amazonas). The Juruena park covers 1.9 million hectares (it is the third largest park in Brazil) and protects a territory equivalent in size to the entire deforested area in the Amazon in 2004 and 2005.

The decree establishing the Juruena National Park was signed on World Environment Day (June 5), as a signal to celebrate its importance for the region.

The Juruena-Apuí Expedition has travelled across a significant portion of the new park, and was able to identify rare species such as the harpy eagle (Harpia harpyja) and the ocelot (Leopardus pardalis).

The new ‘(mega)-conservation corridor’ starts in the Xingu Indigenous Park (MT/Pará). From here, it runs through the Terra do Meio Mosaic (Pará), then across the Juruena National Park (AM/MT) and the Apuí Mosaic (AM), and finally ends in the Campos Amazônicos National Park (AM/RO).

Both the Apuí Mosaic and the Terra do Meio Mosaic include integral protection zones for research and ecotourism purposes, and sustainable use zones (forests, sustainable development reserves and extractive reserves), where natural resources can be managed sustainably.

Forest management here is vital to improve the quality of life for the traditional communities living in the region, and many sustainable development programmes are planned. It is recommended that they should emphasize on the extraction of products ignored so far, such as Brazilian nuts, natural oils (from copaíba and crab trees), and rubber.

The municipalities located in the protected areas will also benefit from the ‘ecological services and goods tax act’. Collection of this tax could reach as much as R$ 90 thousand (US$ 40,000) per month in Apiacás, a town located in the Juruena National Park.

From theory to practice

However, putting the management of this entire area into practice requires lots of efforts. Land legalization is one of the first activities required to effectively implement the biodiversity corridor. Many people in the protected areas hold land deeds, and these private land owners need to receive compensation for their land.

Another critical aspect is making available the necessary resources to elaborate on management plans, since it is impossible to manage the protected areas without proper initial planning. Finally, law enforcement activities are another issue for debate as it requires important investments by the Government (i.e., Ibama and other state level agencies) to conduct hiring processes and recruit human resources.

True efforts need to be made by all stakeholders to preserve the largest wild asset in Brazil – the Amazon. 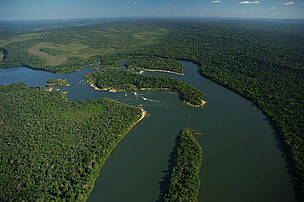 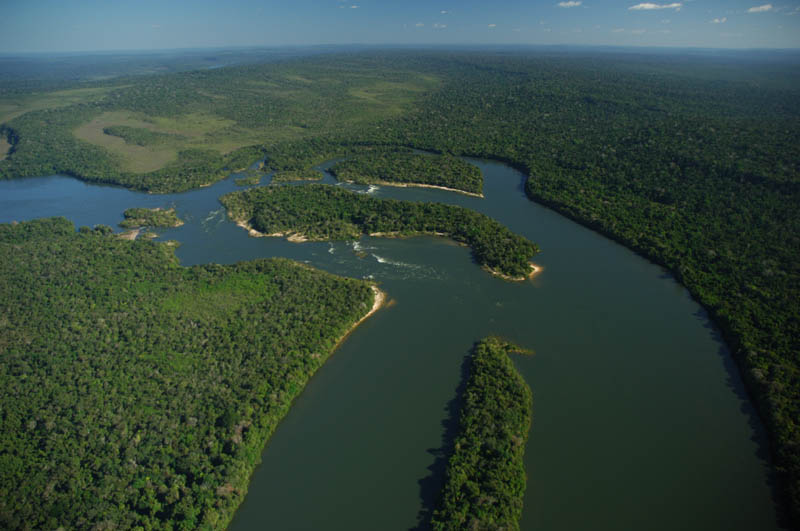