WWF welcomes a new report published today by the Study Group NGFS-INSPIRE on Biodiversity and Financial Stability: ‘Central banking and supervision in the biosphere: An agenda for action on biodiversity loss, financial risk and system stability’, calling central banks and financial supervisors to take action.
The report highlights that biodiversity loss poses systemic risks in the same way as climate change, and calls for concerted action by central banks and financial supervisors. It argues that economic activity and financial assets depend upon the ecosystem services provided by biodiversity and the environment. This means that there are physical risks to finance if these services are undermined. But the transition to a global economy that protects nature also creates potential risks related to policy, technology, market and reputation. In addition, the financial system has an impact on biodiversity through the economic activities that are enabled by it lending, investment and insurance. The report shows that addressing biodiversity-related financial risks clearly falls within the mandates of central banks and supervisors and sets out the role they can play to bring the Global Biodiversity Framework to life across the financial sector.

The report ‘Central banking and supervision in the biosphere: An agenda for action on biodiversity loss, financial risk and system stability’ is co-authored by a special study group set up by the Central Banks and Supervisors’ Network for Greening the Financial System (NGFS) and INSPIRE, an independent research network. The study group consisted of more than 100 central bankers, supervisors and researchers, including WWF. 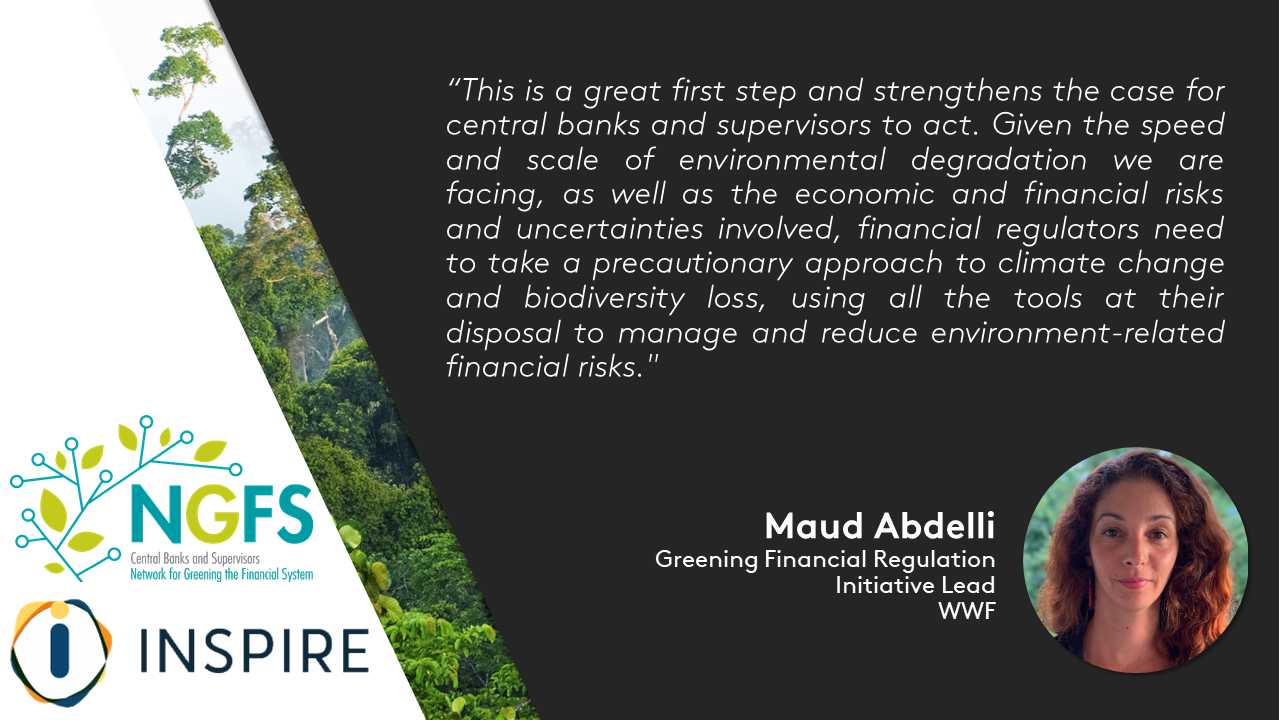 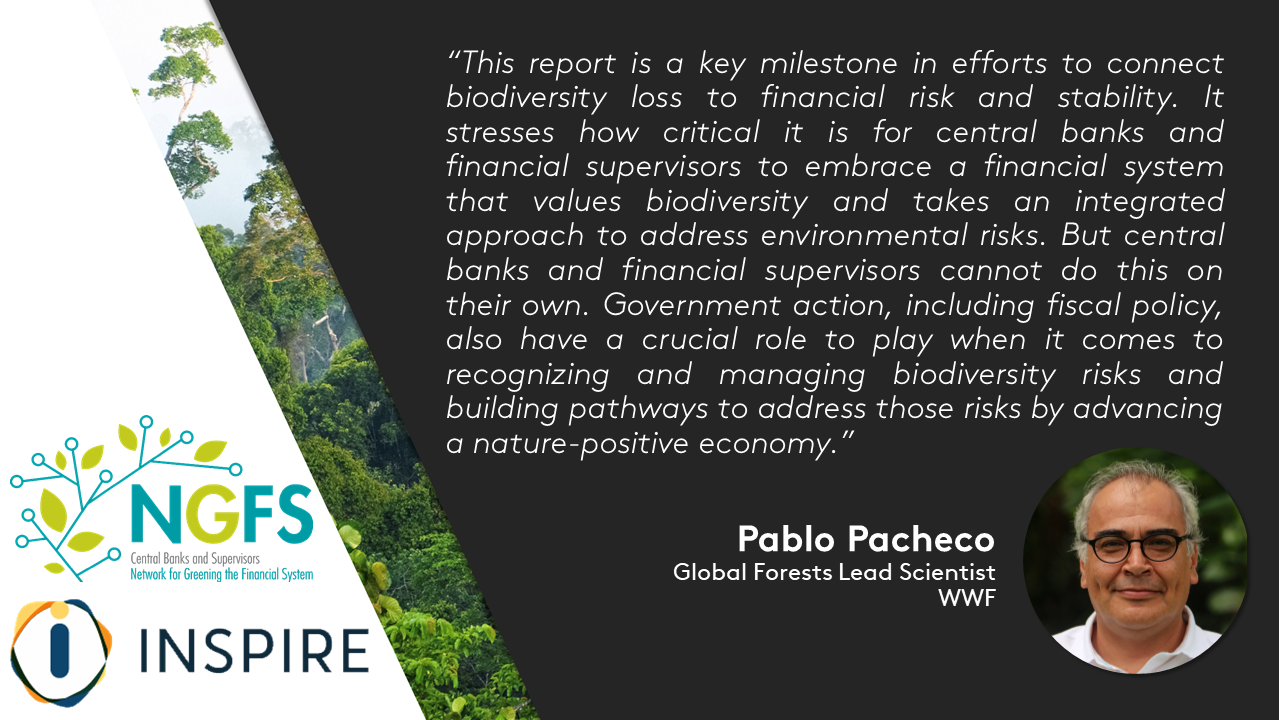