The challenges and opportunities of inclusive conservation in Salonga | WWF

The challenges and opportunities of inclusive conservation in Salonga

As majestic and magnificent as it is, Salonga is a landscape in turmoil.
Within the Democratic Republic of the Congo, in an area so remote that it can only be accessed by water or air, lies the Salonga National Park.

Extending over 33,350km2, Africa’s largest forest national park is home to local and indigenous communities who share their home with 51 known species of mammals, 129 species of fish, and 223 species of birds, including forest elephants, bonobos, bongos, giant pangolins, and the endemic Congo peacock.

Historical challenges and rising pressures
Unfortunately, Salonga has faced many years of turmoil as a result of civil conflict. This has resulted in significant instability.  People living in the region face terrible socio-economic hardship, with weak governance and a lack of services.

Salonga was classified as a World Heritage site in 1984. But its incredible biodiversity is under intense threat today from poaching and wildlife trafficking, which endanger its heritage status and, critically, the lives and livelihoods of the people who depend on its resources. The area has recently suffered from significant wildlife crime as poachers have targeted elephants for ivory. There is also a large commercial trade in bushmeat from the area to markets in Congolese cities.

Pressure on the government ecoguards tasked with protecting Salonga against such threats are an all too real challenge. And while their jobs are difficult and dangerous, violence by some government ecoguards against community members is an equally grave concern. There have been disturbing reports in recent years of some government ecoguards using inappropriate force against local community members. To assist efforts to hold accountable government rangers accused of criminal acts, WWF International commissioned a report from a local human rights group for the express purpose of assisting the government in holding any violent rangers to account. The investigative team reviewed substantial evidence relating to 21 allegations against rangers and/or military personnel and interviewed reported victims, witnesses, and accused. With even a single case of violation being one too many, especially for people that have been historically marginalized and discriminated against in the DRC, the findings of the recent report are distressing. WWF has and will continue to advocate for and fully support swift prosecution of any government ecoguard involved in any violence against community members.

As WWF and other conservation organisations make the call for an ambitious New Deal for Nature and People, including scientific targets that reverse nature loss, address the climate crisis, and deliver on the Sustainable Development Goals, we continue to advance strengthened approaches to conservation  that support Indigenous Peoples and local communities to secure rights and access to their collective lands and territories.

To date in Salonga, we’ve played a key role in the following actions: Our continued engagement with the government in Salonga National Park is conditioned on a mutual agreement to operationalize protections for human rights, including demonstrated commitment to systemic changes to ensure that human rights are given the highest priority.

While these discussions proceed, we are already engaged with the Government to identify and mitigate risks for communities related to conservation activities in Salonga, and in addition we are: With a recent biomonitoring assessment confirming relatively stable populations of elephants and bonobos -1,600 forest elephants and 15,000 bonobos – it is critical to ensure conservation also delivers positive impact for the people in Salonga who depend on its biodiversity the most. This is why we are looking to further improve our understanding of the local economy and market chains, promote and support GESI (Gender and Social Inclusivity) programming, and help adapt the landscape governance model to ensure local communities have a larger voice and role in its management. It is not an easy feat, but it is one we are wholly committed to and will remain so.

As we work to help secure the long-term future of Salonga for the well-being of people and nature, both locally and worldwide, we remain fully committed to work together with partners and local communities to protect Salonga and the people who depend on it. 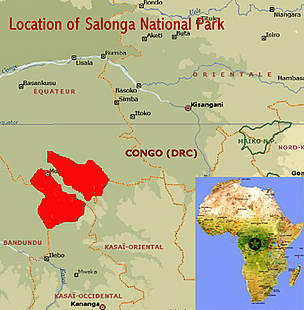 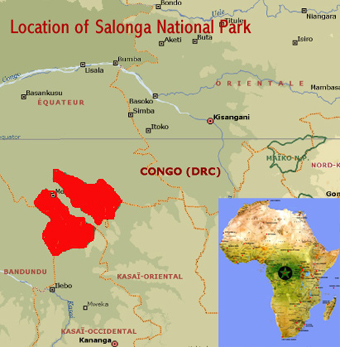 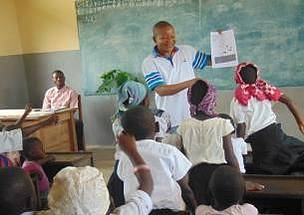 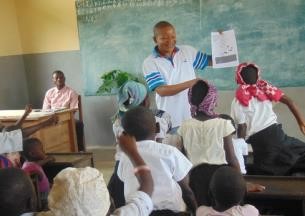