In addition to their small-scale fishing activities, Mahafaly coastal communities engage daily in seaweed farming.
This activity has become one of the main sources of income for fishers in the south of Toliara, from Velondriake to Beheloke. In 2018, algae culture supported nearly 1,550 people across the Toliara coastline. According to the latest socio-economic monitoring, fishers from communities supported by WWF earn about 50 euros (230,000 Ar) per month by producing seaweed. A significant surplus of income to support themselves.

The production of seaweed has increased considerably, on the Mahafaly coastline during the last 2 years, from almost 20 tons in 2016 to 157 tons in 2018! This boom in production is the result of effective collaboration between WWF, a private society called Ocean Farmers and the Malagasy government’s Integrated Growth Poles project. An agreement is signed by these partners to support the southern fishing communities and their families both in the development of seaweed farming and in the sustainable management of their resources. The harvested seaweeds are sold to Ocean Farmers, which then sells them on the international market.

A workshop was held in Anakao last August, bringing together seaweed farmers from six Mahafaly coastal villages (Beheloke, Ampasinabo, Behinta, Befasy, Maromena and Ankilimionga). In addition to sharing experiences, the workshop served mainly to set up an official regulation or "dina" to ensure the sustainable practice of seaweed culture. Today, there are 259 seaweed farmers in this coastal zone, including 251 women engaged in this steady job. These women have thus acquired a financial emancipation, which contributes to their great pride. They contribute significantly to the education of their children, by paying school expenses. 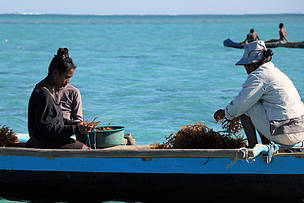 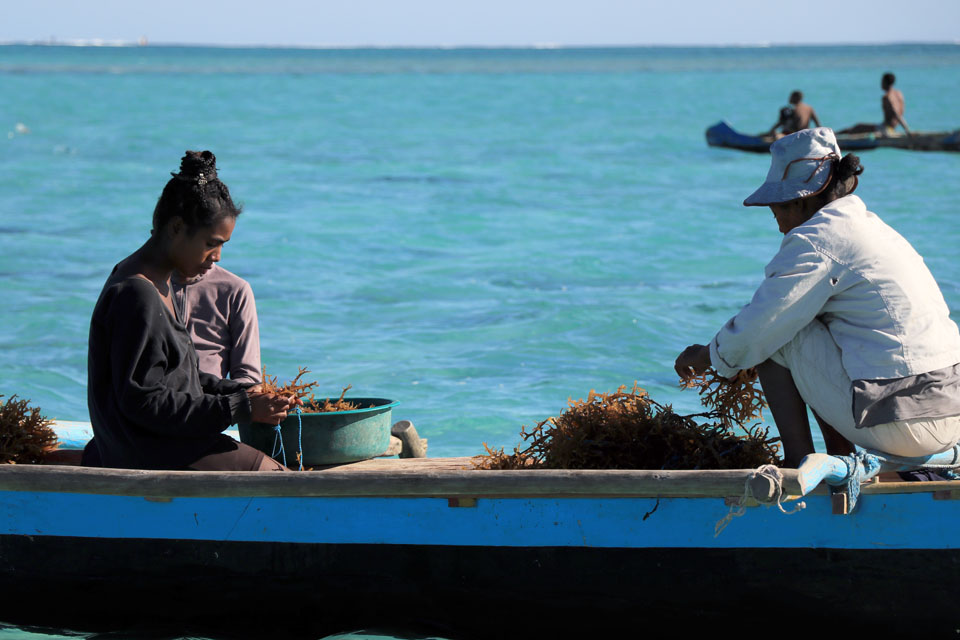