The river was selected as a potential high conservation value river to be further assessed due to its relatively pristine condition and the presence of Tor fish species, locally known as “Semah” and “Empurau”. River pollution and land use changes are threatening the survival of the Tor and other aquatic species. This makes conservation in the area more crucial than before.

First, fish samples were collected from the river. Samples collected had to be sorted, identified, weighed, measured and recorded to analyse the diversity and composition of fishes in the river for its high conservation value.

The sorting of fishes took place in the longhouse of Rumah Engsong. The locals who also served as our boatmen and fishermen sat around us observing what the team was doing. They happily give information when they observed that we started with first identifying and then sorting the fishes according to their respective species. They greatly assisted with the identification and sorting using their local names for the fishes.

This process continued on and we were amazed that they had the patience and interest to sit with us throughout the process of identifying, sorting, weighing and measuring every single fish we got. More amazing was their immediate identification of the fishes with local names, without any hesitation.

When asked how they come about knowing how to identify the fishes, they mentioned that it was knowledge that had been passed down to them since they were young. As we compared their identification with the more technical and scientific approach our biologists use, there were similarities in how the identification was done. Perhaps the additional benefit provided by the scientific taxanomical approach was that the scientific names helped to further classify fishes with common names such as “Adong”.

In this sense, the locals themselves serve as local fish taxonomists and it would be a great interest and value to systematically document out this local identification and names to preserve the knowledge. They may not be trained biologists, but these local communities have valuable knowledge of the rivers, fishes and their habitats nevertheless – information which could be more than what we can find on published papers and research. This is because freshwater species research in Sarawak is still rather limited and is often written from an academic and scientific focus.

We believe the locals and their knowledge can contribute much to practical on the ground management and conservation of rivers, the freshwater ecosystems and their species for the benefit of nature and people. 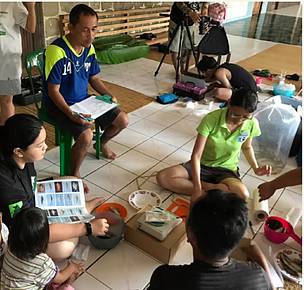 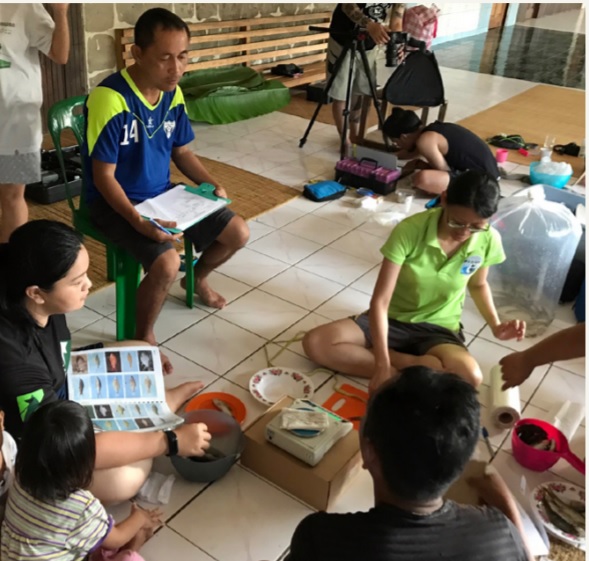