Of particular concern was the operation of two stores targeting foreign visitors in Tokyo’s tourist area, one of them opened in 2018, selling newly manufactured ivory products clearly aimed at a Chinese market.

Surveys found the availability of ivory in most retail outlets was largely unchanged from an earlier TRAFFIC assessment in 2017 (Ivory Towers: An assessment of Japan’s ivory trade and domestic market), the exception being indoor antique fairs, where ivory products for sale had declined by almost half in 2018, possibly as a result of stricter government oversight.

The earlier study had recommended the Japanese government should urgently consider market closure with narrow exemptions, as called for under the Convention on International Trade in Endangered Species of Wild Fauna and Flora (CITES).[1]

“Efforts by the international community to stem the illegal ivory trade that collectively fuels poaching of elephants, particularly in Africa, are at risk of being seriously undermined by the ongoing lack of adequate regulation of Japan’s domestic ivory markets,” said Tomomi Kitade, the Head of TRAFFIC’s Japan Office.

The majority (60%) of interviewed sellers in 2018 indicated a willingness to sell ivory to foreign buyers, down slightly from the 73% willing to do so in 2017, while the proportion of sellers refusing to sell to foreign customers had risen from 9% to 26% during the period.

“There are signs the legislative and regulatory changes introduced since 2017 are having some impact, but clearly more needs to be done,” said Kitade.

The latest survey also assessed the level of compliance with new regulations introduced in June 2018. The results revealed widespread non-compliance, with between 42% and 83% of retail outlets failing to display their business registration details, as required. Almost a third (31%) of businesses in antiques and tourist areas were unregistered. The exception was hanko retail outlets, with 100% compliance with the new regulation.

Importantly, proof-of-legality is still not required under the new regulations for ivory items other than whole tusks—the former accounted for more than 99.5% of over 5,000 ivory items observed during the survey in 2018.

Next week, the 70th meeting of the Standing Committee of CITES takes place in Sochi (Russian Federation). Under the Convention, countries can be encouraged to develop and implement a National Ivory Action Plan (NIAP) to regulate their ivory trade adequately.

“Next week’s CITES meeting is an opportune time to examine whether Japan’s inclusion in the NIAP process is warranted,” said Compton.

Notes [1] Specifically under Resolution Conf. 10.10 (Rev. CoP17), which encourages “elephant range States and countries involved in trade in elephant specimens to seek the assistance of other governments and intergovernmental and non-governmental organizations in supporting the work to eliminate the illegal trade in ivory and the domestic ivory markets that contribute to illegal trade.” https://www.cites.org/sites/default/files/document/E-Res-10-10-R17.pdf 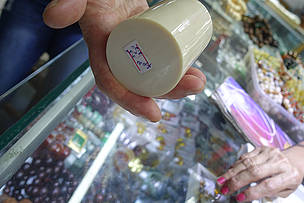 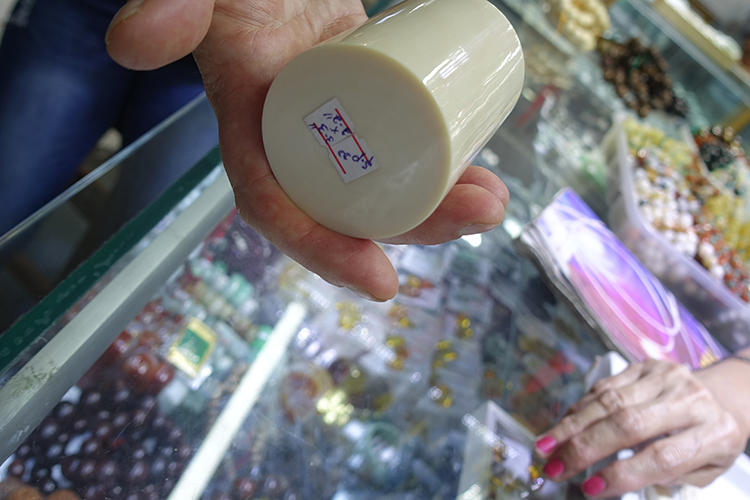