Yaounde, Cameroon: May 4, 2018: Rangers have seized 106 ivory tusks and arrested two suspect traffickers near the town of Djoum in the South Region of Cameroon. The rangers from the Dja Biosphere Reserve, a UNESCO World Heritage Site, arrested the traffickers transporting the tusks concealed in a Carina E vehicle during a targeted anti-poaching operation in the night of May 2.
The elephant tusks were reportedly gathered overtime in the locality. The traffickers (a buyer, one accomplice and an intermediary) have been detained while investigations have been launched to track down other members of the network involved in killing of elephants and trafficking in elephant tusks in the area.

The seizure of 106 tusks means no less than 53 elephants have been killed in the surrounding protected areas namely the Megame Gorilla sanctuary in Cameroon and Minkebe National Park in Gabon. This is the second mega seizure carried out near Djoum in under five months. In December 2017, rangers seized 216 elephant tusks in a gendarmerie vehicle commandeered by a colonel. Djoum is notorious as hub for majority of poaching operations and ivory tusks trafficking undertaken in Southeast Cameroon.

In spite of sustained efforts by the Cameroon Ministry of Forest and Wildlife and partners to stop poaching, the vice is persisting in the area with the involvement of well-placed government officials.

“While we uphold the rangers for the seizures and arrest of defaulters to face the law, it is however regrettable that we continue to lose our elephant populations at such an alarming rate,” says Alain Ononino, WWF Central Africa Law Enforcement Coordinator. “We need substantial and sustainable funding to stem the tide and sustain our efforts to protect the elephant,” states Ononino. 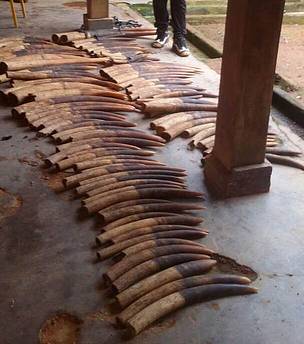 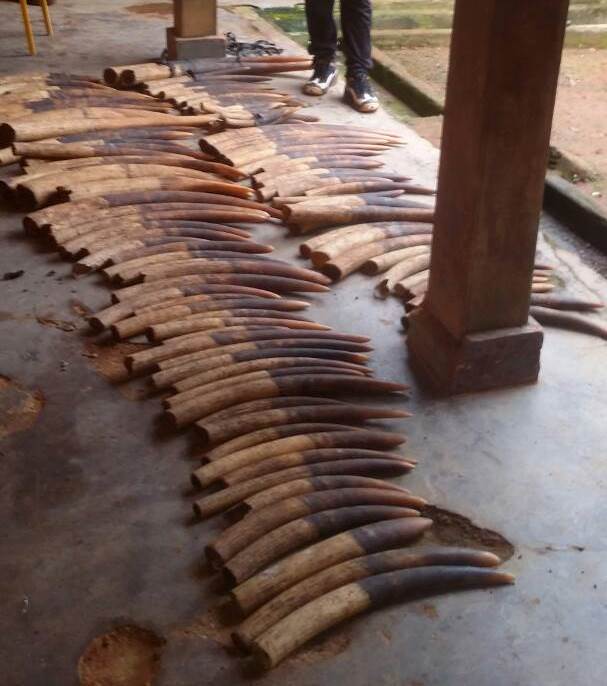