Today, 21 tech companies from North America, Asia, Europe, and Africa came together as the first-ever Global Coalition to End Wildlife Trafficking Online. As members of this coalition, tech companies pledge to work together to collectively reduce wildlife trafficking across platforms by 80% by 2020. In collaboration with WWF, TRAFFIC, and the International Fund for Animal Welfare (IFAW), each company will develop and implement policies and solutions to help end wildlife trafficking online.

“Bringing these industry giants together is the best shot at systematically closing the open web to wildlife traffickers,” said Crawford Allan, Senior Director of Wildlife Crime & TRAFFIC at WWF. “Criminals are making a killing from selling rare species and products made from their parts. Inconsistent policies and enforcement across the web invariably create a “whack-a-mole” effect, where ads may be removed from one site just to pop up somewhere else. These companies see the problem and are uniting to ensure an internet where traffickers have nowhere left to turn.”

It takes just minutes to find dubious wildlife for sale online, including everything from trinkets like elephant ivory carvings to live animals like tiger cubs. These sales are generally illegal and in breach of a site’s rules. However, the Internet’s global connectivity and relative anonymity of sellers, combined with rapid transport, enable wildlife traffickers to buy, sell, and ship animals and wildlife products with just an instant online transaction. As more traders and consumers move online globally and traditional physical markets for wildlife trade become more obsolete, it is a critical time to ensure that social media and e-commerce platforms cannot be exploited by the loopholes to detection created by wildlife traffickers.

The annual value of wildlife crime globally is as much as $20 billion, according to the UN Convention on International Trade in Endangered Species (CITES). More than 20,000 African elephants are illegally killed each year for trade in their tusks, and nearly three rhinos are poached each day in South Africa alone for their horns. Countless species are under threat from trafficking, accelerated by online access to consumers, most of whom are unaware that the product they are buying could be devastating species populations and funding crime gangs. Addressing this issue in partnership with these companies is a critical step toward ensuring a world without rhinos, elephants and thousands of other creatures does not become a reality.

“Google is proud to partner with WWF as a founding member of this Coalition, and to join other companies in working to protect endangered species from illegal wildlife trade online,” said David Graff, Senior Director, Trust & Safety Global Product Policy, Google.

Notes to editor:
If you are interested in speaking with an NGO expert or representatives from participating companies, please contact:

About WWF
WWF is one of the world's largest and most respected independent conservation organizations, with almost six million supporters and a global network active in over 100 countries. WWF's mission is to stop the degradation of the earth's natural environment and to build a future in which humans live in harmony with nature, by conserving the world's biological diversity, ensuring that the use of renewable natural resources is sustainable, and promoting the reduction of pollution and wasteful consumption.

About TRAFFIC
TRAFFIC, the wildlife trade monitoring network, is the leading non-governmental organization working globally on trade in wild animals and plants in the context of both biodiversity conservation and sustainable development. TRAFFIC works closely with its founding organizations, IUCN and WWF, making a critical contribution to the achievement of their conservation goals.

About IFAW
The International Fund for Animal Welfare (IFAW) is a global non-profit organization that protects animals and the places they call home. IFAW has offices in 17 countries and projects in over 40 countries, with over 200 experienced campaigners, legal and political experts, and internationally acclaimed scientists. Our work connects wildlife rescue and conservation, as we believe that the value of the individual animal is linked to the health of the population and ecosystem at large. 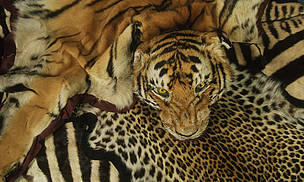 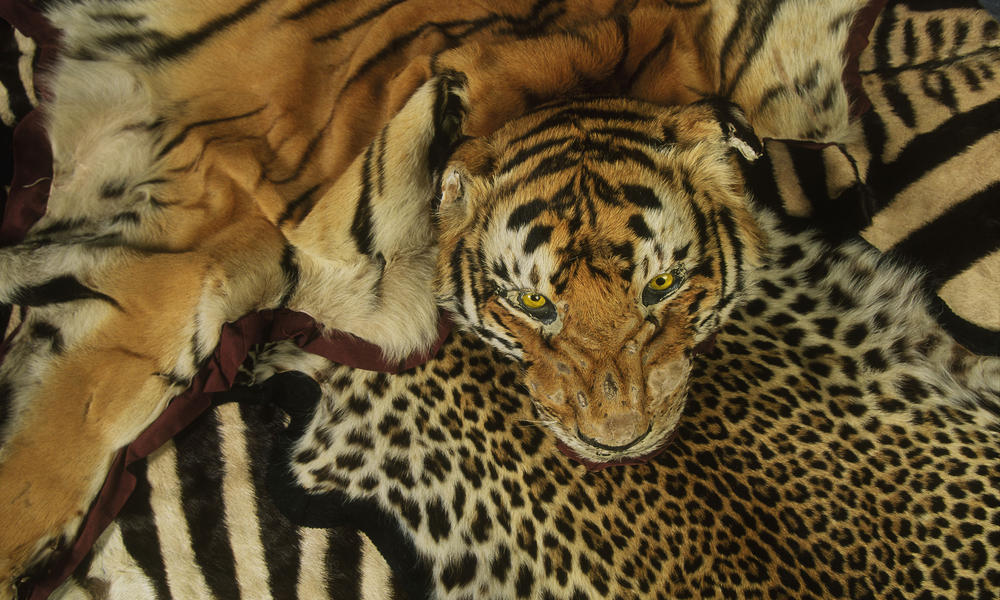