For a next adventure destination, why not consider the volcanoes of Kimbe Bay in Papua New Guinea, or perhaps the reefs of Ataúro Island in Timor-Leste, or even the World War II wrecks in Munda in the Solomon Islands?

The initiative is also the title of a report published in 2015, prepared by 2iis Consulting, which studied the viability of such tourism and the importance of creating a sustainable tourism footprint in the countries of the Coral Triangle region—specifically, Malaysia, Indonesia, Papua New Guinea, the Philippines, Solomon Islands, and Timor-Leste.

With tourism contributing nine per cent to global GDP, global arrivals projected to reach 1.6 billion by 2020, and Asia and the Pacific countries having earned US$377 billion from tourism in 2014, according to the United Nations World Tourism Organization (UNWTO), this is an industry that truly needs both attention and sustainable management. After all, the region is expected to welcome 535 million visitors per year by 2030, the UNWTO estimates.

The project has also laid out the basic principles for an NBT attraction, including the following: As specified by the project, a destination plan (DP) is “a framework for developing sustainable experiences for visitors.” Its essential elements include the following: All this is taken into account, along with the target market of NBT: families in search of adventures, young adults, “flash-packers” or older backpackers looking for more comfortable experiences, and older couples—all of whom put a premium on interaction with locals in an NBT destination.

Keeping such interaction unadulterated in the face of progress is a major challenge. “It is absolutely the case that adventure travellers are much more likely to be interested in genuine engagement with local people and cultures,” says consultant Carl Solomon of Destination Marketing Store. “A critical issue to consider is that demand for these types of experiences is underpinned by the genuine nature of the interaction. If locals were to forget the ‘visitor experience’ and only focus on the revenue opportunity, then visitor satisfaction is likely to be lower, which would result in lower demand. This is particularly important in the context of social media, and the fact that ‘word of mouth’ and recommendations continue to be the most influential form of marketing.”

Ways to minimize the risk to the visitor experience and ensure communities can benefit, Solomon suggests, include working closely with local communities to build awareness of sustainable tourism and a better understanding of the target market; transparent, effective planning for experiences and infrastructure; and providing guidelines that make such quality visitor experiences possible, such as recommending limits on the capacity of tours or village homestay programmes. “These measures should be discussed and agreed with the host community so they have a clear understanding of the potential impacts of visitation on daily village life,” Solomon says.

“The protection of critical ecosystems that are important for birds and marine wildlife, which are often the reason why tourists come to the place, will be critical,” adds Dr Lida Pet-Soede of Hatfield Indonesia, consultant for the project. “That’s why protected areas and local stewardship by communities, local government, and local businesses over their natural environment are so important. Without nature and wildlife assets in good health, you cannot sell a nature-based ecotourism product.”

Priority areas were nominated for each draft DP. “These areas have high potential for further developing tourism, and fit within the national tourism strategies,” says Dr Pet-Soede. “They include several areas of very high conservation value, making them a great fit for special positioning as destinations reflecting the biodiversity, fisheries, and livelihoods that are so important throughout the Coral Triangle.”

Jackie Thomas, WWF Leader of the Coral Triangle Programme, and Dr Pet- Soede made a preliminary field trip to Papua New Guinea in 2015. Kimbe, West New Britain was identified as an important biodiversity hotspot, being home to 60 per cent of the coral species of the entire Indo-Pacific region. The area is also home to active volcanoes, creating a rich terrestrial environment with abundant wildlife. The project is also compatible with the Papua New Guinea Tourism Master Plan 2007-2017 (TMP), which is now being reviewed and updated.

In Timor-Leste, the site was also chosen after preliminary visits and consultations in 2015. Ataúro Island, a small island located some 35 km from Dili, features a sacred mountain, Manukoko, as well as volcanic rock formations, a diverse landscape and vegetation, and spectacular coral reefs that are important fish breeding grounds. The Government of Timor-Leste has its own Strategic Development Plan (SDP) for 2011-2030, which identifies tourism as a focus for long-term economic development.

Finally, similar visits and consultations with the Government of the Solomon Islands identified Munda in the Western Province as the priority development site. This is one of the most biodiverse regions in the country, with tropical islands, dive and snorkelling sites, rich coral reefs, and World War II wrecks, as well as cultural sites like head-hunting shrines. The Western Province is already a priority for development in the Solomon Islands National Tourism Policy 2015-2019, and the Policy Statement of Western Provincial Government 2014/17.

Part of ensuring economic benefits for communities is capacity building for locals in each of the sites, which must be identified based on specific needs. A good starting point is to know the current capacity and awareness of tourism within the community, Solomon says. “Too often, assumptions are immediately made that the local community requires capacity building. This can result in local communities becoming disengaged with programmes that haven’t been tailored to their actual needs. Commencing with a general awareness programme that introduces tourism to the community is the most important initiative. This should include an understanding of who would want to visit and why. Understanding your customers is vital for success in tourism.”

Any Coral Triangle initiative should complement the existing national tourism brand, plan, and strategy in each of the six CTI-CFF countries, the DPs state. What about in the case of existing ineffective programmes that need to be changed or overhauled? “The baseline study that was conducted for this project shows clearly that the market is growing for those experiences that include genuine interaction with wildlife and local cultures in a natural setting,” says Dr Pet-Soede. “Destinations that don’t offer that will lose out greatly from significant opportunities, and travellers will simply not visit those areas or never come back after a first visit.”

Part of building a regional Coral Triangle brand, the DPs note, is finding “an emotional reason to visit the Coral Triangle.” “It is critical to find the ‘emotional territory’ of your destination to create a point of difference from other places,” Solomon says. “The tourism market is highly competitive, and therefore winning both the ‘hearts and minds’ of your target market is the best way to stand out from the crowd.”

For the Coral Triangle, this means finding more reasons to visit that resonate with the adventure traveller, beyond just simple attractions, such as coral reefs or rainforests, which can be found in other destinations, Solomon concludes. It’s about offering a Coral Triangle NBT experience unlike any other. “Although the outstanding marine environment is a special part of the offer that underpins the destination, the people and cultures of the Coral Triangle will contribute significantly to a Coral Triangle brand.” 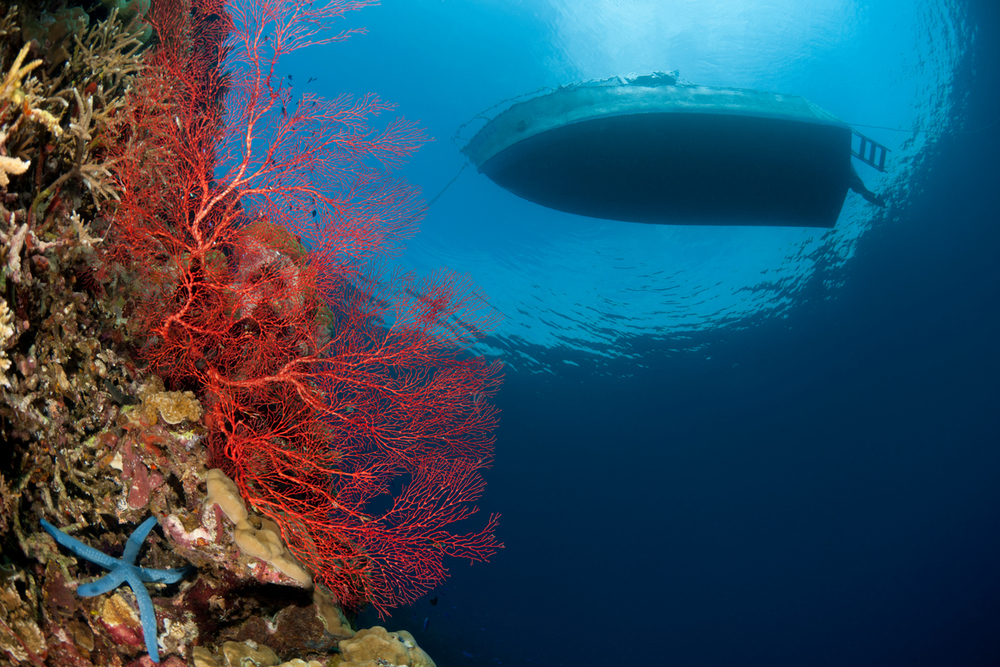