Helsingborg – Net zero, one bite at a time

Helsingborg in Sweden is looking to solve an interesting challenge – reducing emissions from consumption, which means chasing emissions that occur beyond city borders. Creative solutions helped this southern Swedish city reduce local emissions by half since 1990, on the way to the goal of net zero status by 2035. 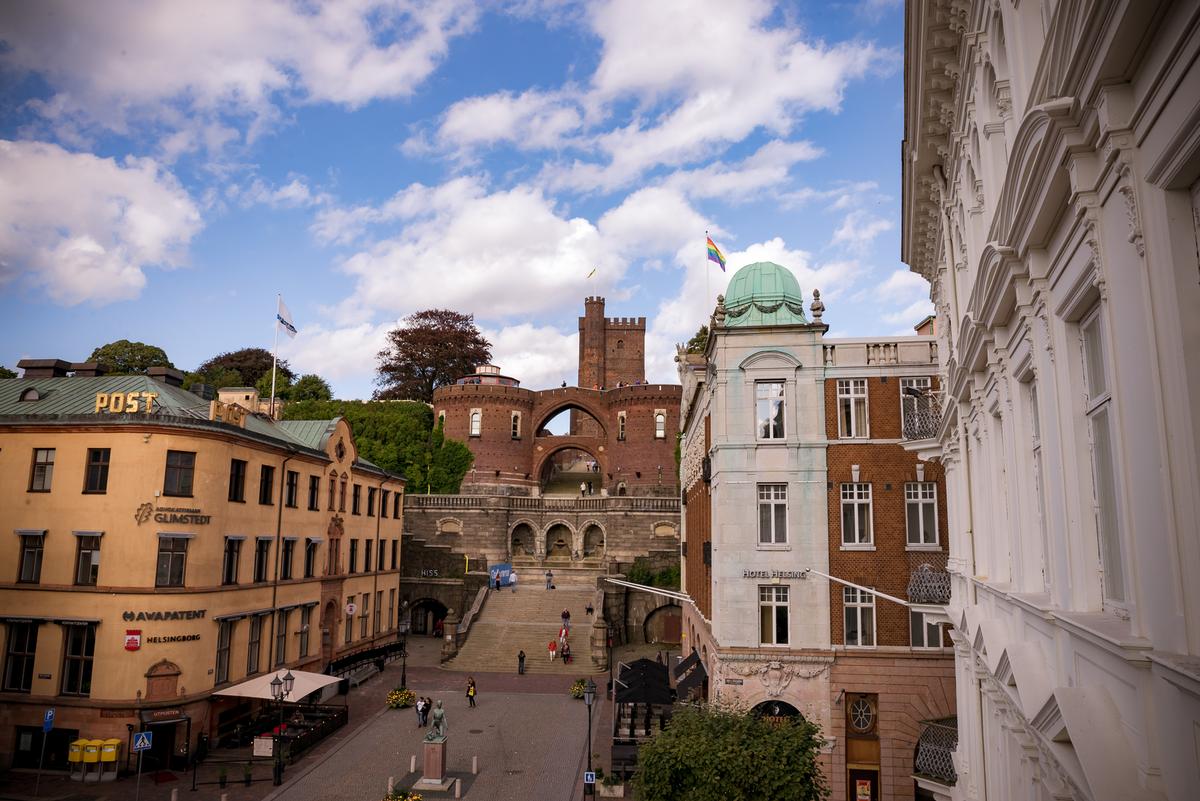 With a population of nearly 150,000, Helsingborg is known within Sweden for its innovation and ambition. It has garnered the prize for the ‘most sustainable municipality’ four years in a row in a national sustainability contest. In 2018, Helsingborg set a bold goal, pledging its’ citizens’ consumption would be sustainable by 2045.

Sweden’s use of district heating and other renewable sources has kept national emissions low, comparatively. However, when taking citizens imports of consumable items into account,
the picture changes.
In Helsingborg, strong political will has enabled civil servants to tackle city administration emissions with creative solutions, including: creating an emissions inventory for the city’s consumption; forming a team for sustainable and local procurement; developing educational materials/programs on environment and lifestyle for students; reducing the number of flights taken by city employees; and working on food consumption and waste.
Within the city’s different departments, environmental coordinators and ‘quality of life’ ambassadors drive policies and practices toward sustainability. The municipality has noted that it is better to try innovative ideas and not succeed than not trying at all. For example, when municipal managers had to pay a 10 percent fine for flying or driving rather than taking the train for work trips, behavior didn’t shift much. A change to a 50% fine brought swift results: a 30% reduction in flights and car trips.*

One bite at a time

Through a Swedish government funded project, Smart Mat (Smart Food), Helsingborg introduced sustainable lunch menus for 20,000 school children – the meals included more plant-based protein and a dramatic reduction of food waste.
School chefs produced original recipes and tested kids’ acceptance – if a thumbs up was given by students, recipes were shared. Plant-based options were prominently placed on buffets to reduce meat consumption. The project reduced the climate footprint of food at schools by a quarter! The project also resulted in better health for students and showcased the dedicated, previously underappreciated work of school chefs.

Helsingborg had an open dialogue with the chefs about the Smart Food project, making them feel empowered and engaged in the quest. Similarly, there were constant dialogues for the students to understand the campaign and take part in it by looking at its benefits. The general idea was to maintain a positive tone around food and not shame anyone for their choices. Inspired by the schools’ project, the municipality will move on to work in homes for the elderly, with a focus on reducing plastic consumption and avoiding single-use packaging.
Helsingborg is the second largest container port in Sweden, and is moving to make port operations free from CO2 and NOx emissions by 2024. Four electric terminal tractors to lift containers – ordered in 2020 – will aid that goal when they are operational. The local ferry company ForSea also converted its two large passenger ferries to electric batteries that use renewable energy for charging.
In 2022, IKEA joins with Helsingborg to highlight possible ways to push the city’s ambition toward low-emissions consumption. A joint exposition will highlight urban farming, circular product design, and sustainable housing that connects to nature.
Helsingborg is already experimenting with reducing elder residents’ isolation with the Sällbo apartment project, where common kitchens, exercise rooms, gardens and a viewing theater help bring residents of different ages and backgrounds together.
To improve recycling rates – already high in Sweden - local waste collector NSR is testing an app called Togenesis so that residents can recycle large, unusual, or unwieldy items through a QR code scheme that allows them to leave items curbside.