From Hawaiian Islands to Fiji and Asia, damaging the most pristine parts of the Great Barrier Reef.
Many of the world’s coral reefs are currently under siege from hotter-than-usual water, causing corals to bleach white; scientists expect a significant proportion of reefs to die as a consequence.

Reefs are enduring the third global mass coral bleaching, a phenomenon first observed in 1998 and driven by climate change. Mass coral bleaching threatens to become a regular, destructive force that could drive coral reefs to extinction within decades, scientists warn.

The current bleaching event has severely affected reefs spanning the globe, from the Hawaiian Islands to Fiji and Asia, and is currently damaging large expanses of the most pristine parts of the Great Barrier Reef.

John Tanzer, Director of WWF’s global marine programme said, “I have been working to conserve coral reefs for decades and I have never seen anything like this global bleaching disaster. Coral reefs have been struggling to cope with pollution and overfishing, and now with the impacts of climate change escalating rapidly, their future is dependent on urgent global action.”

“These are the ocean’s most biodiverse ecosystems. I fear for their survival, and for the hundreds of millions of people who rely on reefs for food, livelihoods and protection from storms. This puts families in real peril, and we simply cannot continue with business as usual.”

“The mass coral bleaching is the warning we shouldn’t have needed. Now as we see huge areas of healthy, vibrant reef around the world transformed into white, lifeless skeletons, we simply must see aggressive, real action on climate change and reef conservation now.”

Professor Ove Hoegh-Guldberg from the University of Queensland, one of the world’s leading coral reef and climate scientists, said, “We can expect these mass bleaching events to become more frequent and intense, such that coral reefs are unable to recover from one to the next. The evidence is pointing to the current global event being the longest and perhaps most intense in history.”

“Clearly, coral reefs are now under immense pressure, and the scale and rate of change is unprecedented.  While reefs face a number of serious threats, the severe harm from climate change means that without strong action, we may see coral reefs largely driven to extinction within about 30 years.”

“The stark, distressing images of this mass bleaching are devastating to anyone who loves or depends on the ocean but at least they show the world that coral reefs are living on borrowed time, and this must spur action on climate change.” 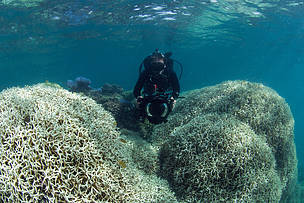 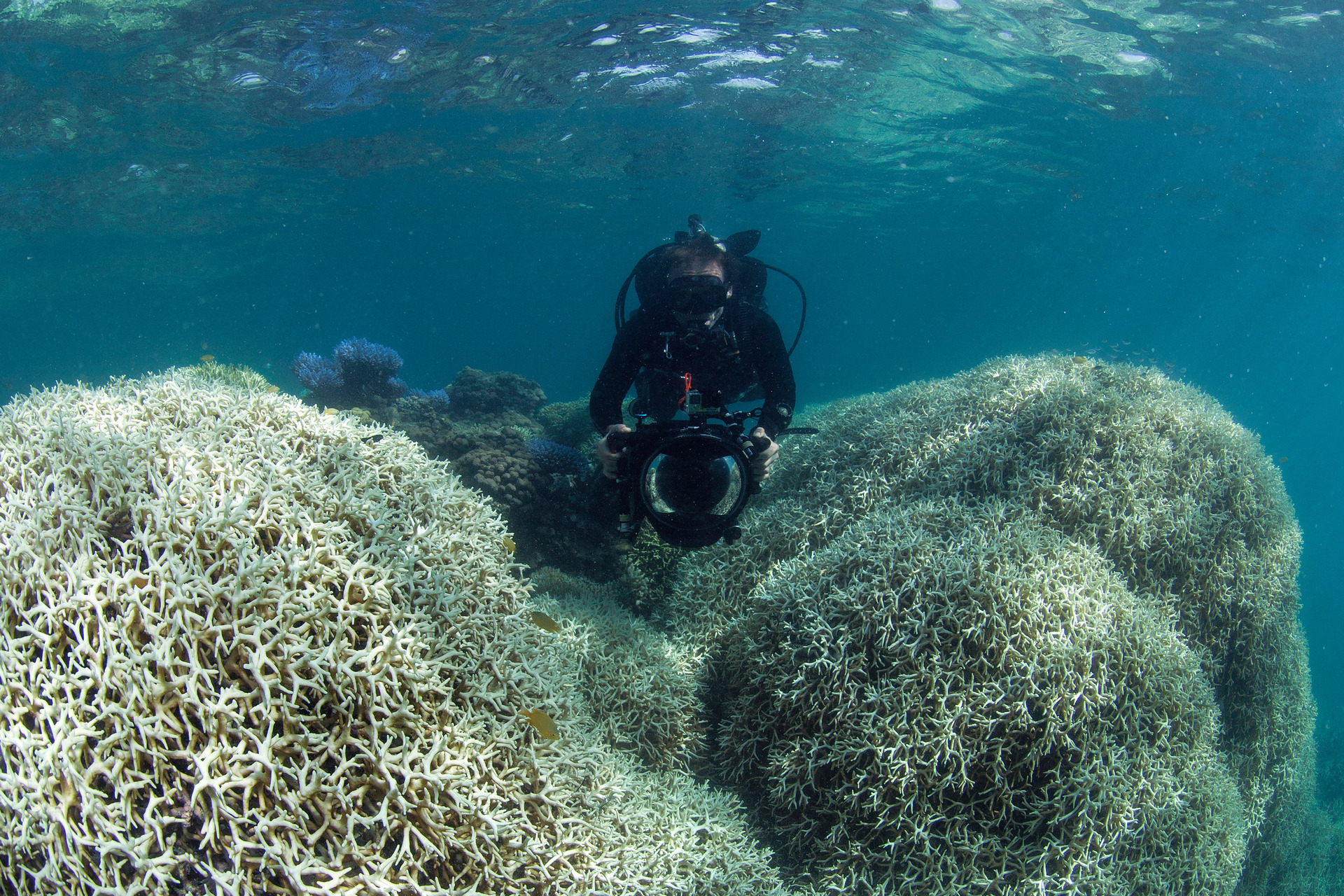 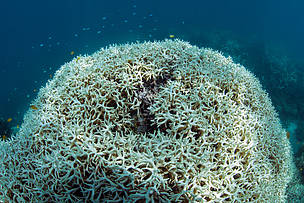