A Participatory Approach to Conservation and Development | WWF

A Participatory Approach to Conservation and Development

One of the most interesting aspects of this placement was the opportunity to work with the Communauté de Base (COBA), a local organization which is responsible for  the implementation and monitoring of forest management, and one of the main partners of the WWF on this project. The COBA members, local residents and users of the forest, meet regularly to discuss current and future projects dealing mostly with agriculture and forest conservation and patrol.

We worked primarily with the nine ‘paysans animateurs,’ nine farmers who volunteer to follow technical and theoretical workshops facilitated by the WWF on subjects such as aquaculture and reforestation. These nine farmers (three representatives from each of the three communes which make up the zones of intervention for this project -- Befamatra, Betaholana, and Androfiabe) are then responsible for re-transmitting this information and knowledge to their respective communities. Many of these farmers have not had access to an education past the secondary school level, so having the opportunity to supplement their education by following the courses of the WWF is for some a great source of pride. The oldest of these representatives was particularly enthusiastic about reciting all of the workshops he had attended in the past. In addition to attending workshops, the farmers are paid to work together on demonstration plots set up by the WWF to provide examples of various ameliorated agricultural techniques that can be used to prolong the arability of the soil. Demonstration plots in the past have produced crops such as pepper, clove, soy, rice, coffee, and vanilla.

Part of our job was to support the field agents in facilitating the workshops for their respective fields. There were a few occasions where we were able to teach classes independently, unaided by the agents. One of the highlights of the placement for me was teaching a segment of the technical workshop on aquaculture--entirely in Malagasy! That was something I never would have guessed I would be able to do, but with the help and patience of Andry and Rindra (my two fellow interns), we were each able to contribute to teaching the workshop.

Another highlight for us was being able to bring to fruition a self-conceived and entirely self-organized Participatory Workshop for the paysan animateurs. The workshop was created around the concept of the Participatory Approach to development - an approach to decision making and planning where all actors are engaged, meaning they have the opportunity to protect their rights and interests in a just and safe atmosphere. To ensure that all those who have something at stake have their voices heard, participation is key. The idea is to have local people and groups of people be the agents of change for their own communities, strengthening their capacities to exert influence over decisions that will affect them directly.

When we began the workshop, we explained to the nine representatives that this would not be like the other meetings they had grown accustomed to attending. In this participatory workshop, we, the three interns of WWF would not be dictating the discussions or following a lesson plan, but rather it was up to them, the farmers, to discuss among themselves their different issues and problems, and come to conclusions on their own needs and solutions. We would merely be facilitating in the sense of providing the structure of activities, providing guidance when necessary, or encouraging participation of those who may be less outgoing during the discussions. As an icebreaker, we had each participant introduce themselves to the group and explain their expectations for that day’s meeting.
For those involved in the discussions that arise during a participatory workshop, common goals may be brought to light, and new and different points of view may be expanded or explored. Our workshop consisted of four different activities adapted from Participatory Approaches: A Facilitator's Guide., a guidebook to Participatory Approaches. The nine participants in the workshop were separated into three groups for each of the three communes that the farmers call home in order to participate in some of the activities.

One of the activities that we facilitated during this workshop was meant to aid in the discussion and understanding of power relations in the community, and the COBA’s place in these relations. Participants were asked to work together to first create a list of actors present in the community, and then to think about the interactions between them, including the amount of influence each actor holds over the others. In order to visualize the actual power relations, participants worked together to draw a Venn Diagram while following certain guidelines. Those actors which were perceived as having more power would be drawn as larger circles, and their amount of interaction with other actors would be illustrated by an overlapping of the circles. The greater the amount of interaction, the greater the overlap would appear. If an actor’s sphere of influence was extremely pronounced over another, it could even be drawn as encompassing the smaller circle of the actor perceived as being less influential.

This particular activity presented the opportunity for much debate among the participants concerning certain actors and their spheres of influence. These discussions proved to be constructive in helping the association identify its place among other actors, and encouraged members to think and speak about issues in a format which they rarely had a chance to.

Other activities included a mapping exercise to visualize the geographical area in which the farmers make their livelihoods and perform cultural practices, an activity to identify a common problem and its roots, and a ranking exercise to demonstrate priorities and needs of the community. At the end of these activities, we were able to discuss as a group the outcomes of the workshop, and the next steps to be taken by the association. With a heightened awareness of power relations present in the community, the COBA will hopefully be able to find solutions to its current problems by liaising with a range of actors, and make decisions about future goals in a collective, efficient manner. 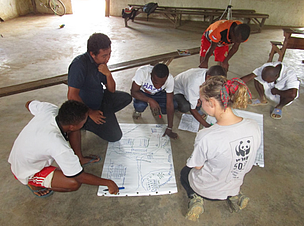 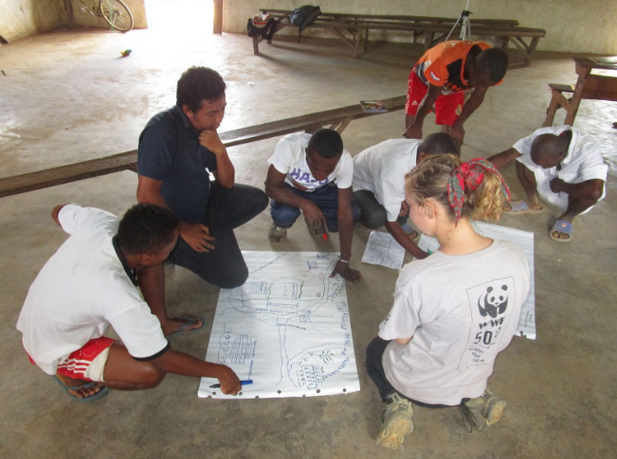 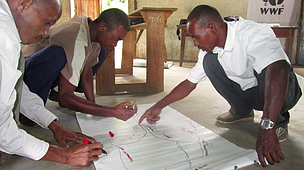 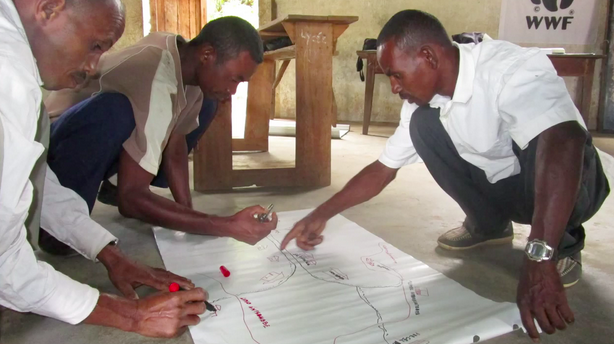 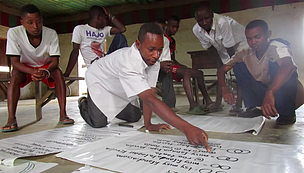 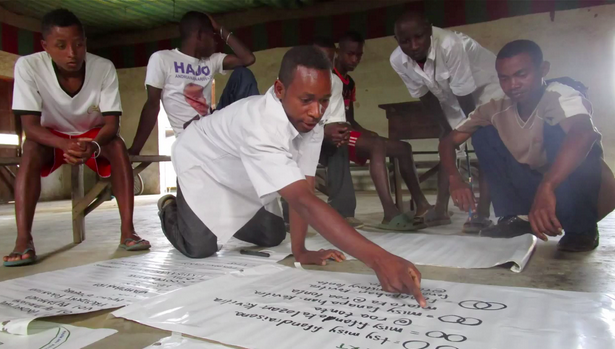 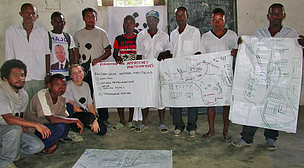 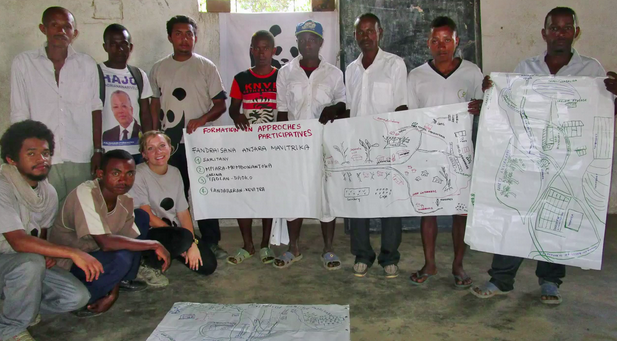