The energy poverty challenge in Sub-Saharan Africa is daunting and to overcome it we need to get out of 'business as usual' mode and deploy unusual solutions in this critical sector.
Some 200km from Kampala, Uganda lies an important place in the history of humanity - the Nyero Rock paintings. They are a series of concentric circles depicting energy rays from the sun. Archeologists have estimated that these rock paintings were made by our human stone-age ancestors more than 50,000 years ago.

Today, humanity has moved on from stone-age, not because the world ran out of stones but because we found a better way to accomplish everyday tasks using much more effective tools than stones. The transition from stone-age into today’s digital age has been gradual but is considered complete today. If our ancestors from 50,000 years ago could come back to life today, they would be living in a world beyond their wildest imaginations.

The United Nations (UN) is challenging us to imagine a new age – an age where all people have access to modern energy services. It is challenging us to make this happen not in 50,000 years but within 15 years, by 2030. The UN agenda to end global energy poverty 2030 is premised on three mutually reinforcing 2030 global aspirations including; i) ensuring access to modern energy services for all; ii) doubling the share of renewable energy and iii) doubling the rate of growth in energy efficiency.

The challenge of energy poverty which the UN is seeking to address is most widespread in Sub-Saharan Africa. According to the International Energy Agency (IEA, 2013), six out of the 10 energy poorest countries globally are found in Sub-Saharan Africa. These include in ascending order; Nigeria, Ethiopia, Democratic Republic of Congo, Tanzania, Kenya and Uganda. Together with four other countries in Asia (India, Bangladesh, Indonesia and Pakistan), these 10 states are where 75% of all those without access to modern energy services are resident.

Today more than ever we have a very big opportunity to make a big difference in this area. Already the energy poor people in Sub-Saharan Africa spend more than USD$ 11 billion on kerosene each year to light their homes at night (IFC, 2011). In addition to this, an estimated 600,000 people die each year prematurely from indoor air pollution associated with kerosene lamps and cooking with traditional firewood and charcoal (IEA, 2014). There is therefore a strong economic and human health imperative for sustainable energy solutions across Sub-Saharan Africa

To give momentum to the UN global aspiration of sustainable energy for all – the decade between 2014 and 2024 has been committed by the UN as the decade of Sustainable Energy for All (SE4ALL) and 2015 has been declared as the International Year of Light.

WWF Regional Office Africa (ROA) is committed to be an important actor in delivering on the UN-led aspiration on SE4ALL in Africa. We recognize that energy poverty has important implications on the long-term harmony between human development and nature conservation.

The dependence on traditional biomass energy is contributing to more than 70% of all forest loss in the 6 countries of East and Southern Africa where the bulk of our sustainable energy interventions are currently focused ( Mozambique, Zambia, Zimbabwe, Uganda, Kenya and Tanzania). Overall an estimated 1.2 million hectares of primary natural forest are lost each year in only these 6 countries and dependence on traditional forms of biomass is an important key driving force behind this loss. In some countries such as Uganda where we operate - as long as energy poverty persists, the country is expected to have lost nearly 100% of all its forests by 2050.

Renewable and sustainable energy solutions to address energy poverty are not only available but are getting cheaper every day. The prices for Solar PV technologies have fallen at a faster rate than predicted in part due to technological innovation and lower raw material prices (and hence, lower manufacturing costs). In 2011 alone the price of solar dropped by more than 40% (IFC, 2012). However due to various barriers the growth in adoption of sustainable energy solutions across sub-Saharan Africa still remains a huge challenge.

With a global network of extensive expertise WWF believes that it can be an important contributor, convener and catalyst in enabling the accelerated widespread adoption and use of renewable sustainable  energy solutions in Sub-Saharan Africa. As part of our contribution during this 2015 UN International Year of Light, ROA will implement two important initiatives:

a) Solar Lights Making Peace with Lions: Working with WWF Kenya we are promoting the widespread adoption of a solar lighting solution to resolve the human-wildlife conflict in the Masai Mara. For a long time now, hungry lions have been finding easy prey in the kraals of the Masaai tribe a pastoral tribe of Kenya that lives close to Nairobi National Park.

Because of this, the Maasai routinely revenge by poisoning the remaining carcasses which the lions would return to, eat and die, pushing the already threatened lion populations to the brink of extinction in that area. A 13 year old Masaai boy, called Richard Turere came up with an ingenious yet simple Solar Light solution to make peace with lions – the solution involves placing simple solar lights around the kraal with a flickering switch – in the lions mind at night, they think these are human beings with spears just waiting at the edge of the kraal to spear them, so they return to the wild to their age old diet of antelopes and zebras.

WWF Kenya is working with several Maasai homes to further propagate Richard’s solar solution as the most preferred peaceful solution to solve a long-standing human wildlife conflict. In addition WWF Kenya will also be providing some extra lights to enable young people like Richard to do their homework at night in these mostly off-grid energy poor Maasai communities. This we believe is a very enabling pathway for young people like Richard at the front-lines of the energy poverty challenges to come up with more ingenious ways to live a better life and to ensure humans thrive in harmony with nature.

b) Solar for Education (S4E): Working with WWF Tanzania, we are targeting schools as centers of community transformation, we believe that great and ingenious young people like Richard Turere exist in Tanzania too and elsewhere in Africa – but they don’t know much about these modern energy solutions.

We believe that the people facing these energy poverty challenges are best at imagining solutions that could solve endemic energy problems. We are challenging and crowd-sourcing ideas from young students in off-grid primary and secondary schools to think and write essays about how Solar lighting and phone charging solutions can improve their lives and that of their communities where they live.

The competition to be held as part of Earth Hour 2015 activities – will recognize outstanding ideas from one primary school and one secondary school. These institutions will be rewarded with a solar system installed to provide light and improve education outcomes in such schools. All ideas generated from this process will be integrated in WWF Tanzania’s ongoing Energy programme Strategy process and the WWF Africa Energy programme development work that is currently ongoing. 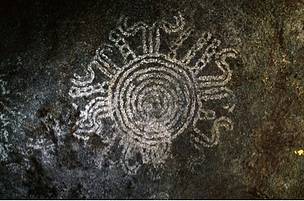 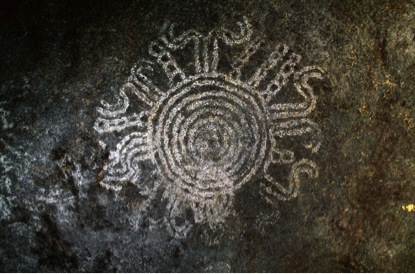