A coalition of Greenpeace, Carbon Market Watch and the WWF loudly drew the delegates’ attention towards tons of hot air – hot air that literally is hidden in the current Kyoto protocol. The Kyoto protocol puts a price on carbon emissions. It is the only legally binding trading scheme aimed at reducing CO2 emissions. But the first trading period is ending in just a few days from now, at the end of 2012.

1. To call for a second period of the Kyoto protocol
2. To pledge for a dumping of surplus carbon credits in this second phase

One carbon credit allows a state to emit the equivalent of one ton of CO2. The flaw is: In the current, first trading period of the Kyoto protocol, has created a bubble: Too many countries such as Russia, Ukraine, Poland or Japan, have collected a surplus of credits – a surplus they want to rescue over to the next, ongoing years. The equivalent of all credit savings in this “hot air bubble” is 13 billion tonns of CO2.  That is almost three times of what the 27 EU-member states pump into the air each year.  If the states do not drop their surplus credits and thus do not burst the bubble in a second phase of the Kyoto trading scheme, these 13 billion tons of CO2 could be emit for free into the world’s atmosphere.

To remind delegates of reducing their own country’s CO2 emissions, they were invited to dump their symbolic hot air credits in a bin before entering the conference halls.

Call for a second commitment period

According to WWF’s William McGoldrick it’s Europe who has to be a rolemodel in the negotiations at COP18. “At the moment, countries jump out of the protocol, but still hold on their hot air credits,” he frames the problem. 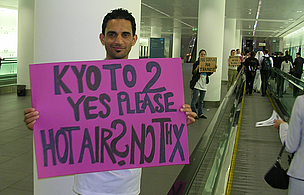 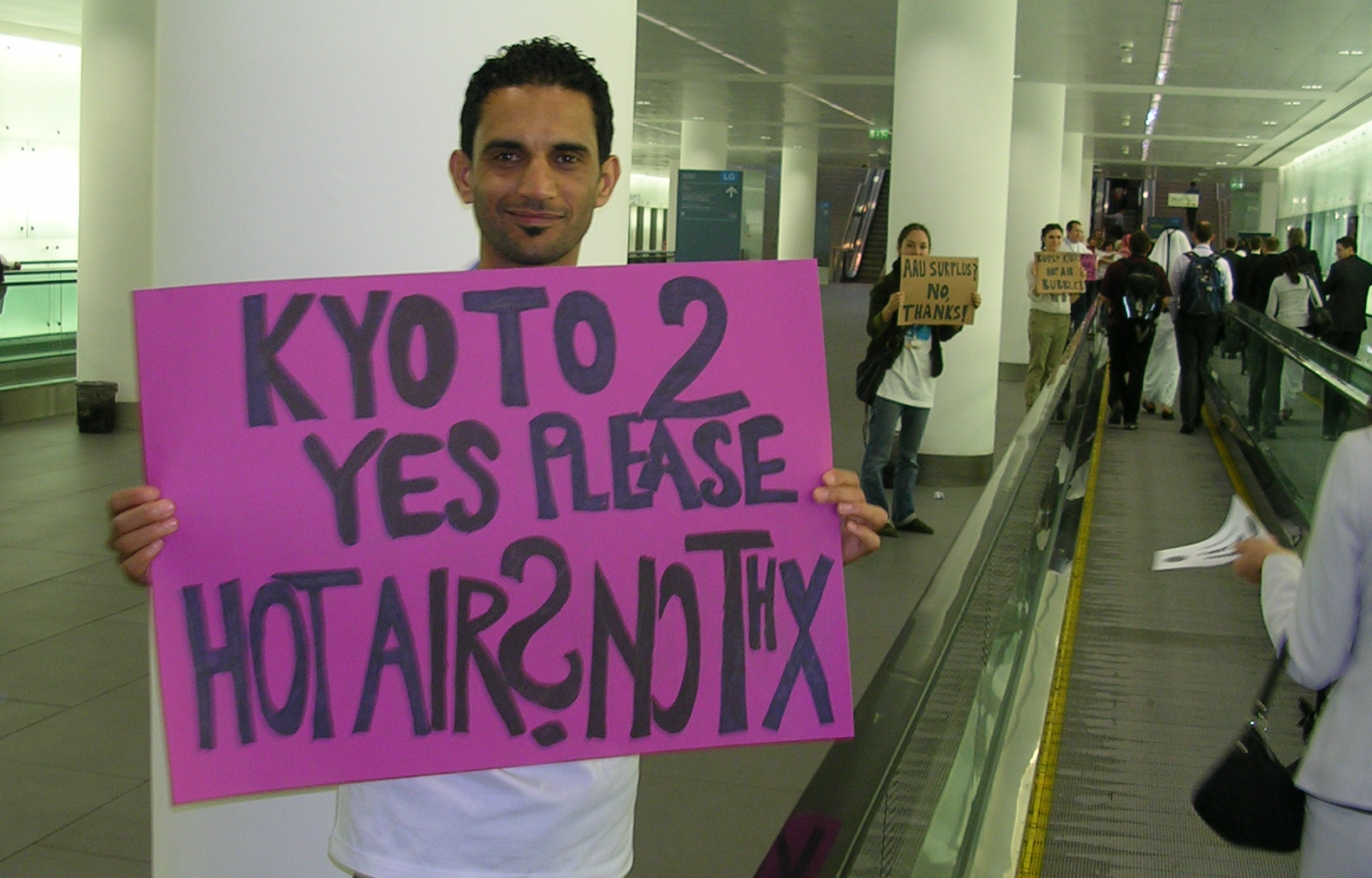