WWF-Indonesia and the Regional Office for Marine, Coastal & Resources Management Pontianak  (BPSPL) found the rare dolphins while conduicting a study in the narrow straits and coastal waters of the Kubu Raya and Kayong Utara regencies in the western part of Borneo.

“The presence of Irrawaddy dolphins in West Kalimantan waters was previously unknown, so we are excited with the results of this preliminary study and hope this will help reveal information on the  population and distribution of this unique species,” said Albertus Tjiu, WWF-Indonesia’s Conservation Biologist, and one of the study’s lead scientists.

The team also encountered a group of Indo-Pacific Humpback dolphins (Sousa chinensis) in the area,  showing strong scientific evidence of the rich biodiversity in Kalimantan waters, which originate in the highlands of the Heart of Borneo.

Conservation challenges
“The results of this study indicate the importance of protecting the dolphins’ habitat, from the origins of the rivers in the Heart of Borneo, to the  lower rivers of the island, including waterways of Batu Ampar mangroves and nypah forests, the narrow straits and the coastal areas of Kubu Raya, West Kalimantan,” Albertus Tjiu said.

But he also cautions that the continued growth of charcoal production in West Kalimantan is threatening the area’s mangrove forests, one of the dolphins key habitats. Over one hundred small and medium-sized charcoal producers are now operating in Kubu Raya, and additional threats from increased boat traffic in waterways and forest conversion are posing further challenges to the growth of the species.

“WWF calls on all companies that operate in West Kalimantan waters to apply sustainable practices in their business, and with regards to this dolphin study, to carefully look at their wood supply to help avoid the destruction of mangrove forests,” said Albertus Tjiu.

How many dolphins?
With a global population of around 6000 individuals, Irrawaddy dolphins are found in many of Southeast Asia’s estuaries and mangrove areas. Close to 5,800 of the vulnerable dolphins live in the costal waters of Bangladesh along the Bay of Bengal, and the nearby Sunderbarns mangove forests. The remaining population is scattered throughout Southeast Asia and can be found in Thailand, Cambodia, Indonesia, the Philippines and the northeastern coast of Australia.

Irrawaddy dolphins are classified as vulnerable by the IUCN, but in some areas - including the Mekong River, the Ayeyawardi River and the Mahakam River in East Kalimantan - the species is listed as critically endangered.

“Kubu Raya and Kayong Utara waters are located downstream from the Heart of Borneo in West Kalimantan. Conservation of forests in the Heart of Borneo is considered critical to ensure the proper protection of the Irrawaddy dolphins fresh water habitat in the lower reaches of the river,” said Tri Agung Rooswiadji, WWF-Indonesia’s Fresh Water Conservation Program Coordinator. “As a unique species that live in fresh, salt and brackish waters, this mammal serves as an indicator of the healthiness of the water ecosystem in the area,” Tri Agung added.

“The dolphin survey we conducted in Kubu Raya and Kayong Utara waters is only a preliminary survey, and we are hoping to continue studying the species in other rivers in the upper parts such as in Kapuas, Sejenuh and Mendawa river, “ said Tri Agung. “With comprehensive information on the population and habitat of the dolphin, it is expected that the future policy on the protection of the species can be identified and implemented,” he added.

Kris Handoko, Head of Conservation at the Regional Office for Marine, Coastal & Resources Management Pontianak  (BPSPL) said, “We are very supportive of this study. We will continue working with WWF-Indonesia and other relevant partners on monitoring the dolphins as well as identify other actions to enhance the species protection.” 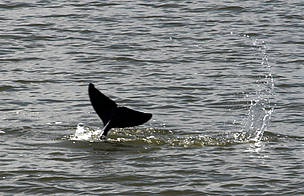 An Irrawaddy dolphin was recently spotted in West Kalimantan, the first time the vulnerable species has been found the area
© Syahirsyah/WWF-Indonesia 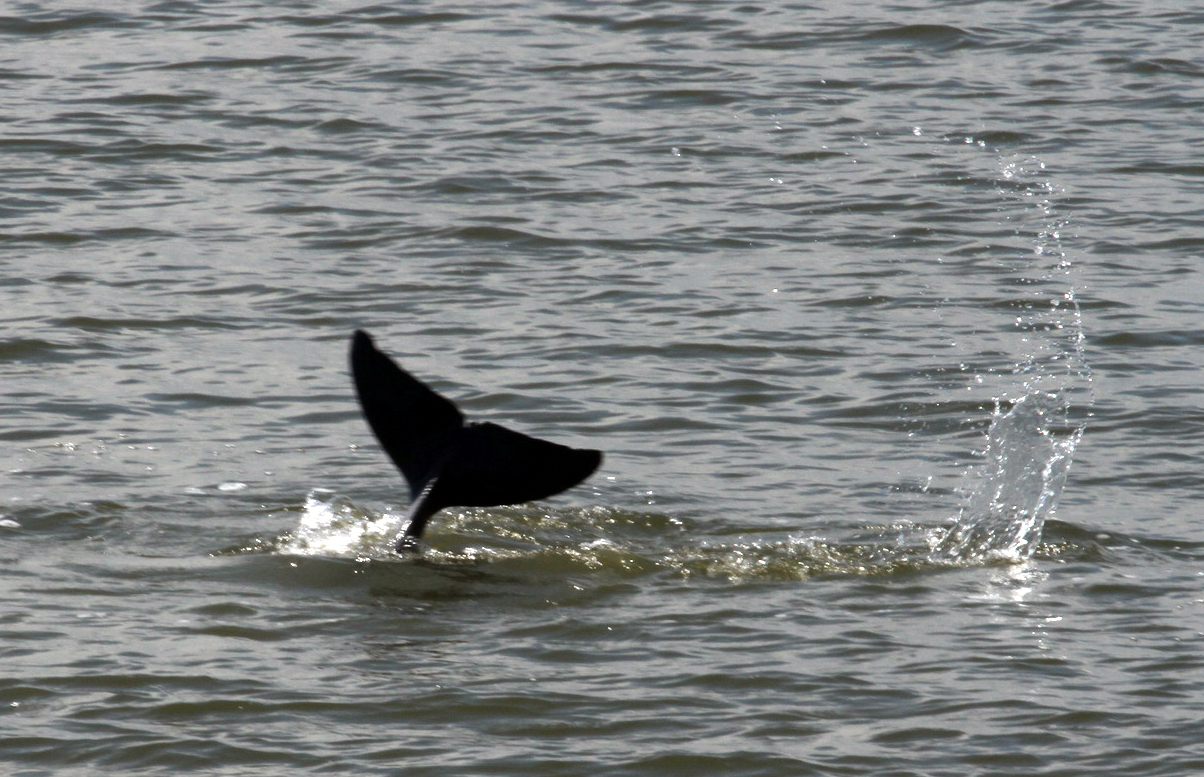 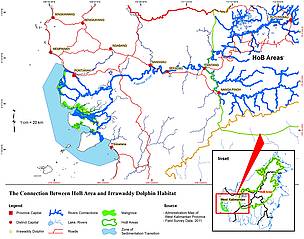 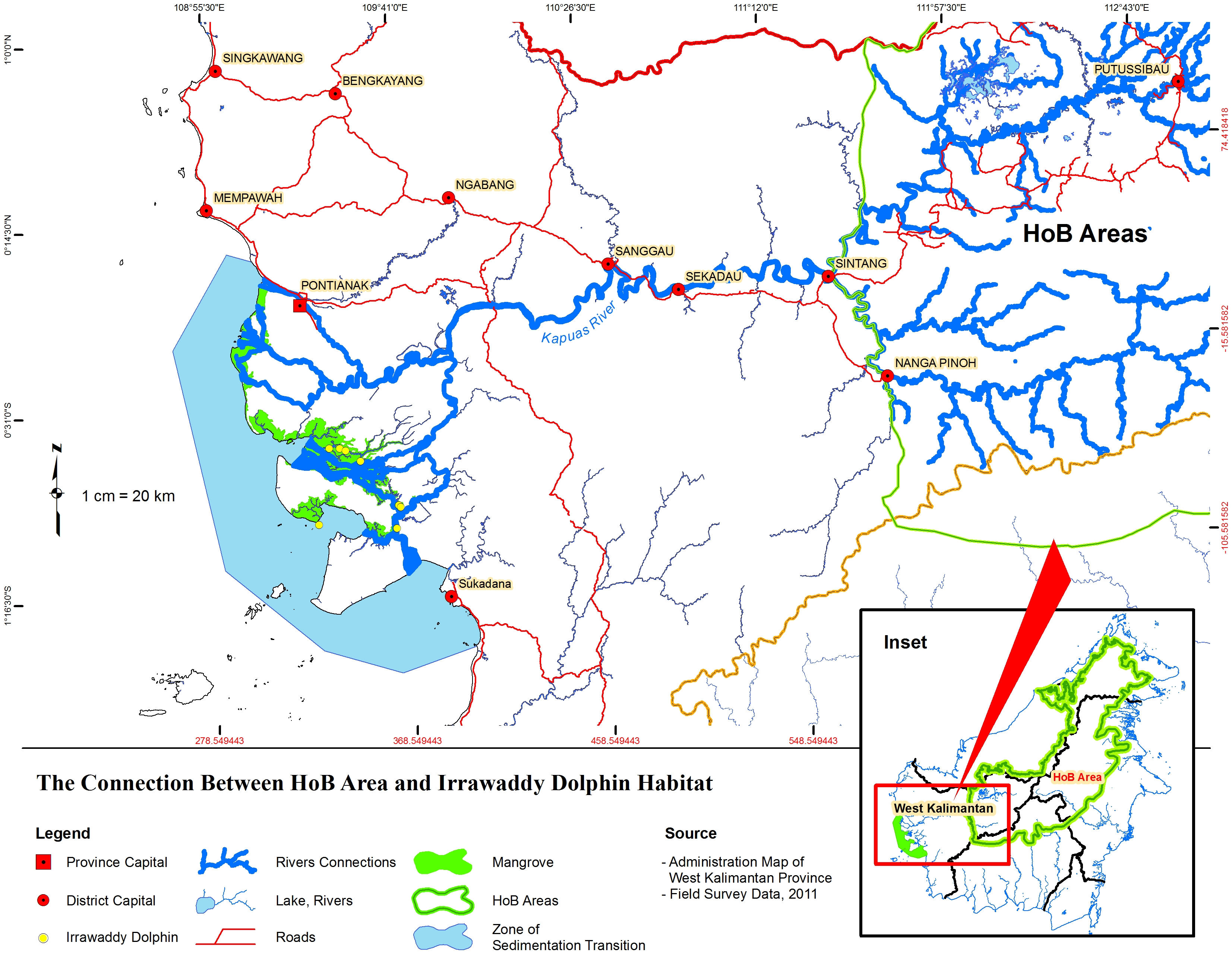 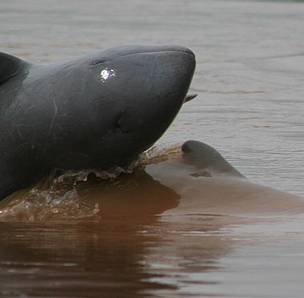 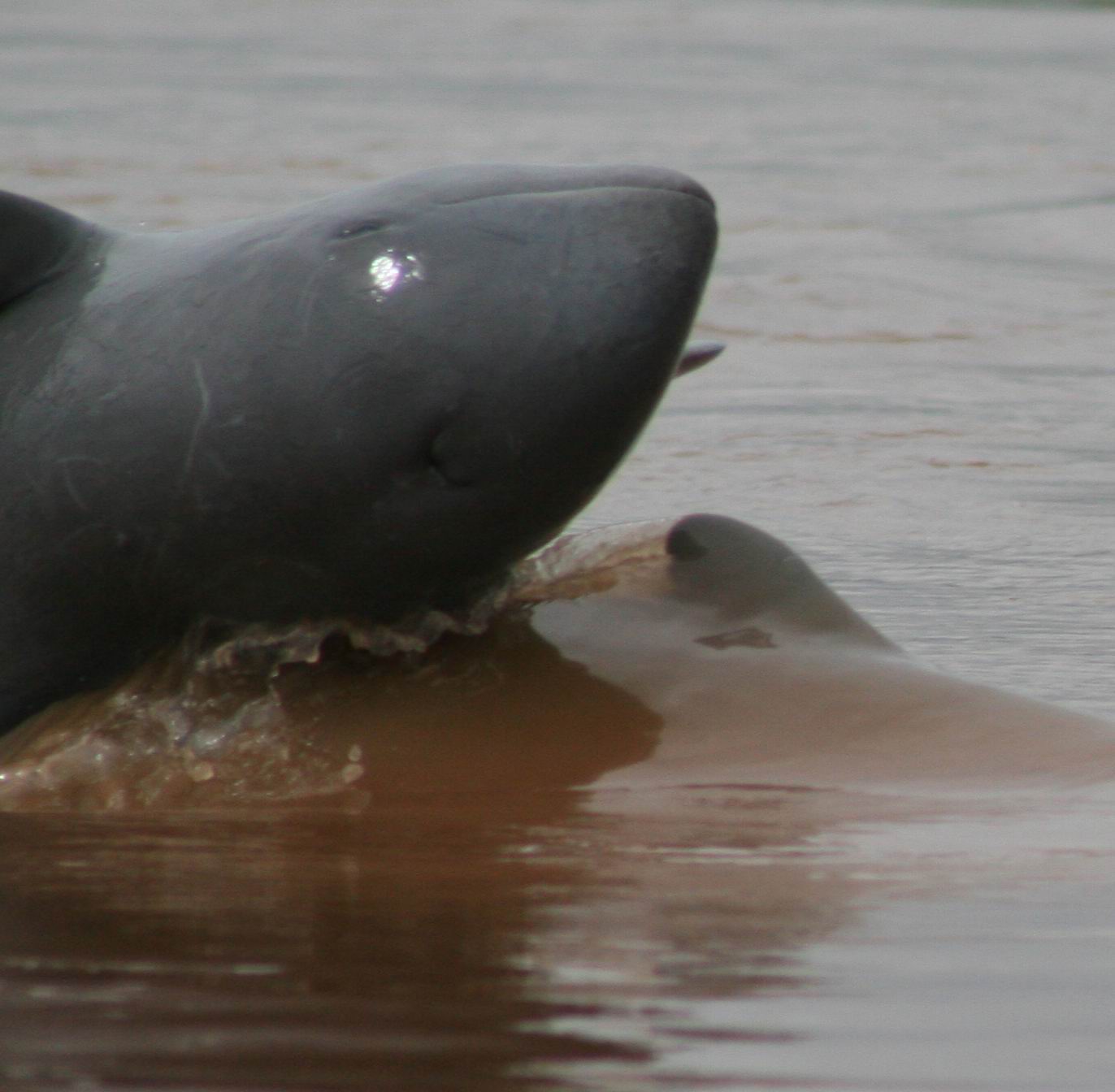 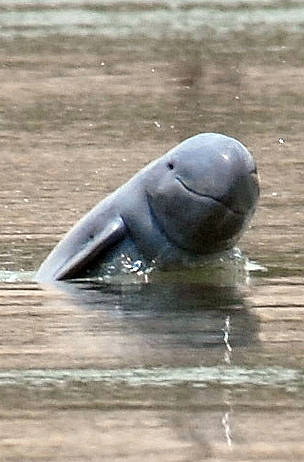 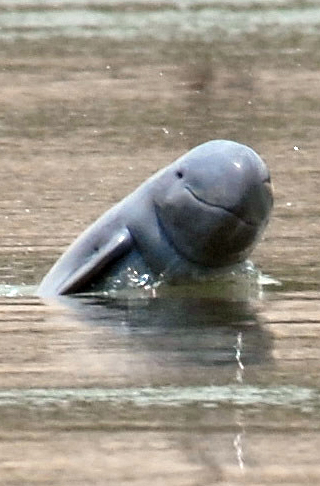