Two snow leopards appear in the new pictures. One of them was captured in the daylight, which is unusual, because the reclusive predator prefers to hunt in the dusk. Snow leopards are endangered with only an estimated 6,000 remaining in the wild.

WWF was also lucky to get the pictures of another very cautious animal – Manul, or Pallas's cat. The camera also captured snowcocks, a wolverine, steppe polecat, stoat, and Siberian ibex.

Previously, experts could monitor this endangered species only by prints and other signs such as feces, bits of fur, claw or teeth marks on trees and the ground. This type of monitoring requires endurance, professionalism, and luck, because snow leopard habitat is located on mountain ridges up to 4000 meters high that are difficult to access, and old snow leopard tracks can often be confused with lynx and wolverine tracks.

The camera traps are installed along the whole Chikhacheva ridge in Russia and Mongolia. Such simultaneous photomonitoring in different parts of the habitat will allow us to get information on snow leopard distribution and help us plan conservation measures.

The snow leopard population on this mountain ridge is considered to be key for the species in Russia. It consists of 10-15 animals and links Russian snow leopards with the ones in Mongolia. 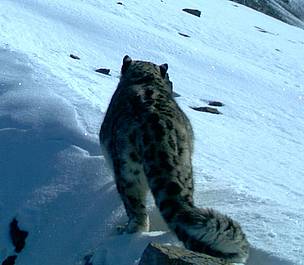 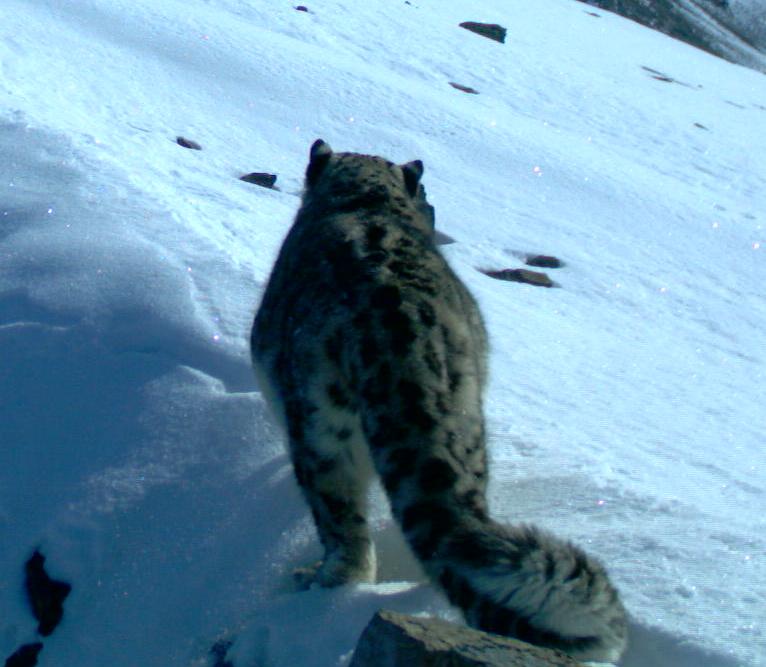 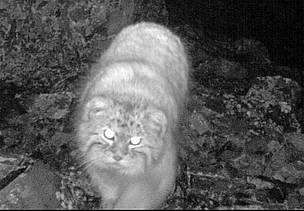 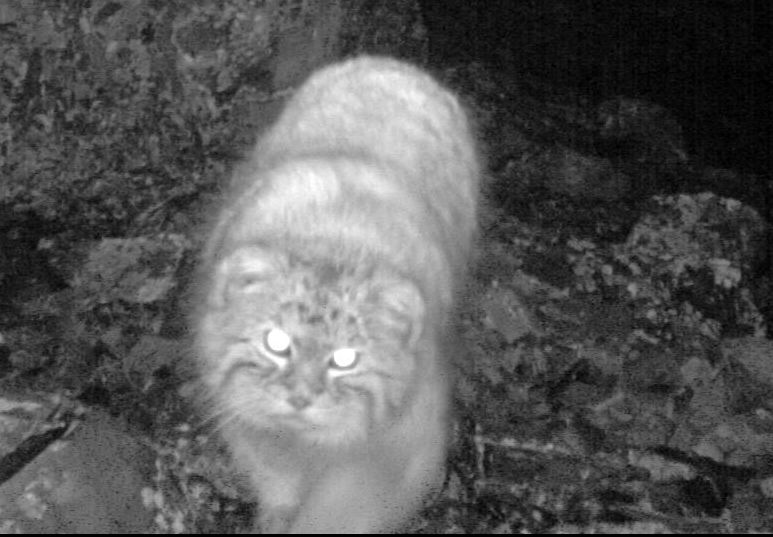