Poorly evaluated and uncontrolled dam development could also take the Mekong to a tipping point past which vital natural processes, such as sediment- and nutrient transport and fish migration, could no longer be taken for granted, WWF warned.

“No part of the Mekong River still provides connectivity to all the 13 ecosystem types classified by a recent WWF study,” said Nikolai Sindorf from WWF Conservation Science Program. “The impact of continuing incremental dam development will disconnect more-and-more ecosystem processes.”

“Where it gets alarming is the disproportional amount of negative impact from dam construction on the lower mainstream of the river such as Xayaburi, a dam proposed in northern Laos.   The Mekong is extremely sensitive to the impacts of mainstream dams because of its layout - a very long mainstream fed by relatively short tributaries.“

Xayaburi, the first of 11 dams proposed for the Mekong stream, is projected to produce 1260 MW of power while reducing the basin’s total connectivity by five percent.  In contrast the 1070MW Nam Theun 2 dam on the Nam Theun River in Laos took only 0.8 per cent out of the Mekong’s connectivity, and the 1540MW Se San cascade of 6 dams decreased connectivity by just 1.2 per cent.

The proposed Xayaburi dam would cut 9 aquatic ecosystems upstream out of a total of 13 using WWF’s classification. Meanwhile, both Nam Theun 2 and the Se San cascade only block a single ecosystem in much smaller parts of the basin.

Ecosystem connectivity is critical to maintain the river and its reproductive processes. The study shows graphically that the 50 larger dams located on tributaries already cause serious interruptions to relevant river processes. In the new study, which quantifies the fragmentation by cumulative dam development on the Mekong river system by WWF scientists,  “ecosystem connectivity” was measured by the overlap of those ecosystem processes vital to river functioning under an array of conditions such as land cover, hydrology and seasonal factors.

“The impact of basin-wide dam planning on ecosystem connectivity needs to become one of the measures against which projects are assessed,” said Dang Thuy Trang, Manager, Sustainable Hydropower and River Basin Programme, WWF Greater Mekong Programme. “This will make it easier to develop the Mekong basin with a much lower environmental footprint. Ultimately, this would lead us to a situation where local energy demands are met, and relevant ecosystem processes are conserved basin-wide.

WWF is calling for a 10-year delay in the approval of the mainstream dams to fully consider the costs and benefits of their construction and operation. Immediate energy needs can be met from multiple hydropower projects on some selected Mekong tributaries where connectivity impacts are disproportionally lower. 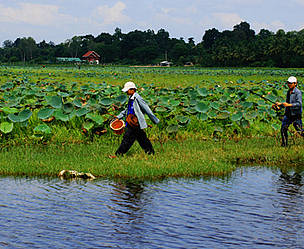 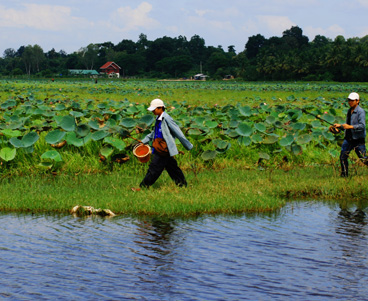