In the week when 4000 towns and cities across 88 countries turned off their lights to call for stronger action to combat climate change, a new scientific paper published in the Journal of the Marine Biological Association of the UK takes a collective look at what is currently known about how climate change may affect or is already affecting whales, dolphins and porpoises (collectively know as cetaceans) and how this issue may be best addressed. The paper was written by WWF and the Whale and Dolphin Conservation Society (WDCS).

There is unequivocal evidence that climate change is affecting the oceans but just how it impacts cetaceans and what conservationists, scientists and governments should do about it remain critical questions.

What we know
Climate change could have an impact on several factors that cetaceans depend upon for survival including:

These factors in turn can be expected to impact feeding and breeding and survivorship.

Some cetacean species and populations are likely to be especially vulnerable to these predicted climate related changes, including those with a limited habitat range, or those for which sea ice provides an important habitat for the cetacean and/or that of their prey.

Other factors impacting cetaceans such as bycatch, unsustainable hunting, chemical and noise pollution and oil and gas development are even further compounded by the different threats posed by climate change, which adds undue pressure to already vulnerable species. At least a quarter of the world’s cetaceans were recently confirmed as endangered and the situation may be worse as the status of many others remains unclear.

What can be done?
If conservation programs for cetaceans are to succeed in the face of climate change, decision makers must be swift to react to emerging developments that are a result of climate change; focus on reducing other pressures on populations where possible; and, be more responsive as new information becomes available. For example, if cetaceans change their distributions and establish new critical habitat areas, conservation and management efforts will have to move with them.

Conservation programs should also shift to not only focus all work on critically endangered species, but also pay attention to ensuring that other species and populations remain robust and resilient to the changes that are predicted.

There is a need for large scale and long-term work to better understand the impending risks posed to cetaceans by climate change and leadership from appropriate international bodies will be crucial. However, such bodies will need to prioritize these endeavors and allocate adequate funding.

The paper was written by WWF and the Whale and Dolphin Conservation Society (WDCS). 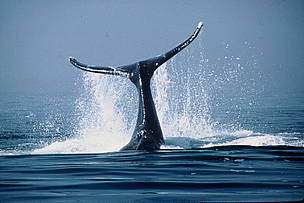 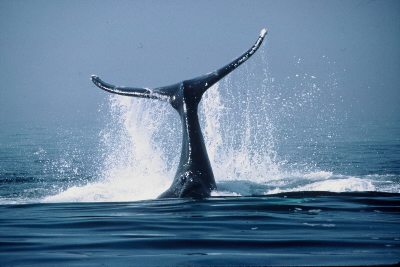