Working with Nature to reduce climate risk in Europe | WWF

Working with Nature to reduce climate risk in Europe

New WWF report outlines how investing in Nature-based Solutions can build resilience in the face of increasing water risks across the continent
Climate change is the greatest threat to the future of our societies and economies. All the science points to worsening risks from extreme floods, droughts, melting glaciers and rising sea levels. But the climate crisis is not just a future threat. Climate change is already affecting water resources and exacerbating water-related risks across the globe, with impacts being felt by communities, corporations and countries.

In Europe, these rising risks are occurring on a landscape that has already been dramatically altered by people – including in ways that exacerbate these challenges, such as the loss of floodplains, channeling of rivers and rampant coastal development. All of these changes are part of a widespread loss of ecosystems and biodiversity on the continent, including the destruction of 56 per cent of its natural wetlands.

Increasingly, it seems as if the forces of nature are arrayed against our homes, businesses and economies – and that traditional responses can no longer hold back the tide or the floods or the droughts. The answer involves a greater focus on harnessing the power of nature to help increase our resilience and reduce these risks – by investing in Nature-based Solutions (NbS).

While we can only tackle Europe’s worsening water-related challenges by employing a diverse range of solutions with a basin perspective and in an integrated way, it is essential to prioritise NbS – solutions that use natural systems or processes to help achieve a societal goal, such as managing water supplies or reducing disaster risk for people.

While conventional infrastructure approaches can often cause negative impacts on other resources and values, a hallmark of NBS is that they provide a range of other benefits to people and nature and thus can help tackle today’s other great global crisis – the loss of the biodiversity, including an 83 per cent collapse in freshwater species populations on average since 1970. NbS can also contribute to the achievement of other international objectives, such as the Sustainable Development Goals and Paris Climate Agreement.

Although most of Europe features extensive infrastructure and water-management systems, the continent still confronts a number of water-related challenges that are projected to intensify with climate change. Indeed, economic losses in Europe caused by extreme climate and weather-related events soared to around €14 billion per year between 2000 and 2015.

Using NbS to address these challenges can also help restore nature across Europe – boosting efforts to achieve other critical policy objectives, including the attainment of good ecological status for all rivers and other waters under the Water Framework Directive (currently 60 per cent are in bad health) and helping Europe lead the transition to a healthy planet, as outlined in the European Commission’s new Green Deal.

Nature-based solutions are key to planning for the following five objectives across Europe:
Due to a combination of climate change and development in floodplains, the number of people affected by floods in Europe has been rising and flood damages are predicted to increase considerably in the future. A consensus is emerging that a much broader approach – a ‘diversified portfolio’ – is needed to manage current and future flood risks.

Along with non-structural measures, such as improved zoning and building codes, there needs to be much greater investment in NbS, which can reduce the impact of extreme floods by slowing runoff (i.e. by protecting natural forests, restoring wetlands and adopting best agricultural practice) and lowering flood levels (i.e. by preserving and restoring floodplains, dike setbacks and floodways), while also helping to restore floodplain ecosystems, which are among the most productive and diverse habitats on the planet.

One case study in this report focusses on the Elbe river, which has experienced extreme flooding several times this century despite an array of dikes and floodwalls. Working in the Lödderitzer oak forest, WWF and partners removed the existing dike and built a new one further from the river. Along with restoring around 600 hectares of the most important floodplain habitat in Central Europe, this NbS is expected to reduce flood levels by nearly 30cm for a 100-year flood for 8km upstream of the project site, providing a considerable reduction in flood risk for the city of Aken.
Sea level has been rising and will continue to rise this century. While hard engineering solutions will still be needed in some situations to reduce coastal flood risk, the best option will include a mix of approaches that draw on NbS as much as possible, such as the protection or restoration of salt marshes, coastal lagoons, coastal peatlands, sand dunes and oyster reefs. These will help to reduce wave energy, minimize the impact of storm surges, and stabilize shorelines, while also providing other diverse benefits, such as carbon sequestration to boost climate mitigation, and habitats for wildlife.

This report details an NbS project in the Netherlands that created new oyster reefs, which reduced erosion rates behind them. Meanwhile, another Dutch project is encouraging the expansion of salt marshes in the Wadden See, which will reduce the need for repetitive dredging of harbours and protect coastal dikes from wave erosion – and create vital habitat for migratory birds and fish.
Coupled with all their impervious surfaces, many cities have paved over their wetlands and channelized their rivers, so that heavy rainfall can rapidly overwhelm storm drainage systems and cause severe flooding. Investing in a range of NbS can slow down and store runoff, and reduce flood peaks, including porous pavements, ‘green’ roofs and the restoration – or construction – of lakes and wetlands. Fortuitously, most of these NbS also make urban spaces healthier, greener and cooler in summer, contributing to more vibrant urban environments and the well-being of city dwellers.

For example, the city of Milan is designing wetlands and urban gardens to manage runoff and connect people to nature, and a ‘vertical forest’ to showcase sustainable buildings through an EU Programme, Clever Cities, which promotes NbS and is supported by WWF-Italy and partners.
The droughts that Europe experienced in 2003 and 2015 were among the most severe in the past 250 years. The 2003 drought alone resulted in approximately €10 billion in economic losses. Similar to managing flood risk, managing for water scarcity and drought risk should strive for a diverse, integrated and comprehensive approach – with an emphasis on NbS, including using natural features to increase water availability, such as recharging groundwater and retaining water in soils. This can help countries move from simply reacting to droughts to building a ‘drought resilient society’.

NbS that reduce extreme flooding by increasing natural water retention also help to mitigate droughts as they keep water flowing when the rains fail. In South Africa, another NbS – removing thirstier non-native plants and restoring native vegetation – has been used to improve the water supply, while boosting biodiversity. WWF-South Africa has been implementing this in the Riviersonderend watershed at a cost comparable, or lower, than many other alternatives.
Although some aspects of water quality in European water bodies have improved over the past few decades, around 60 per cent are still polluted with chemicals, primarily from agriculture. A number of NbS can help improve water quality, ranging from biodiversity-based approaches for managing agricultural pests that require less use of pesticides to building or restoring wetlands that filter sediment, nutrients and other pollution from runoff.

WWF-Finland, with funding from the EU, constructed 30 wetlands in highly agricultural river basins. They were designed to increase water retention, reducing the runoff from fields and erosion of streambanks, and thus cutting the amount of sediment and agricultural nutrients being washed into streams, rivers and the Baltic Sea.

As these examples show, Nature-based Solutions have considerable potential to improve land and water management and to reduce water-related risks. But despite the multiple benefits that NbS can provide, currently less than 1 per cent of total investments in water-management infrastructure is allocated toward NbS. European countries and companies must urgently increase investment in NbS to build more resilient societies, economies and ecosystems.
Europe’s past features a dramatic loss of nature. Along with diminishing the continent’s wildlife, the loss of forests, wetlands and floodplains has increased the risks from flooding, drought, and poor water quality. Climate change will exacerbate these risks – even if we succeed in holding the rise in global temperature to under 1.5 degrees.

We do not suggest that NbS are the sole solution to water-related challenges, but they should be prioritized because they have the potential to restore some of the losses of the past, while reducing the risks of the future. NbS provide diverse benefits that will help communities, corporations and countries to increase resilience and adapt to climate change, especially when NbS are planned and implemented at a river basin scale and in an integrated way across sectors.

Similar to advice on how to be a savvy investor,  those managing rising climate risks should strive for a “diversified portfolio approach” that integrates NbS with more conventional solutions. In a warming world, we risk seeing nature’s power as only a threat. By investing in Nature-based solutions, we also get nature’s power on our side 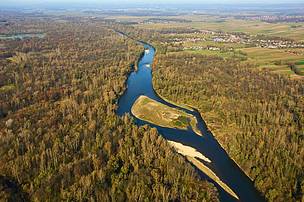 River Mura is part of "Amazon of Europe".
© Matevž Lenarčič 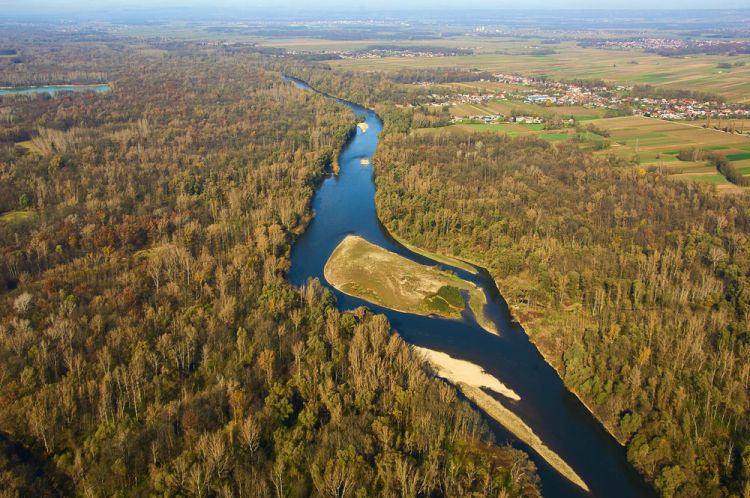 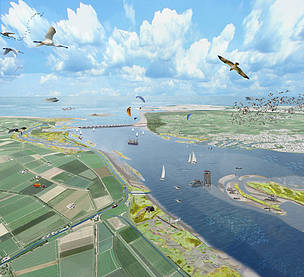 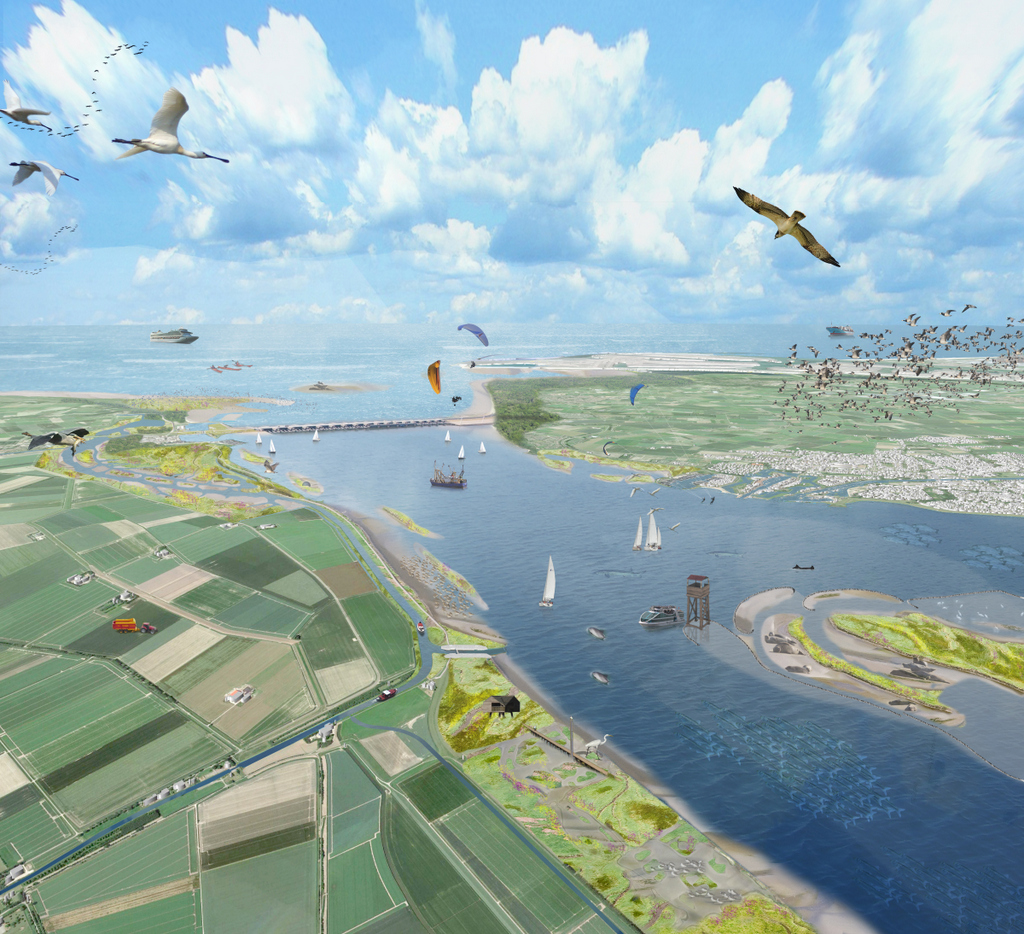 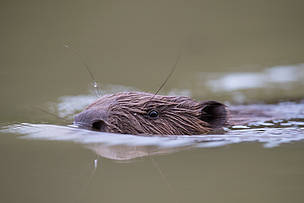 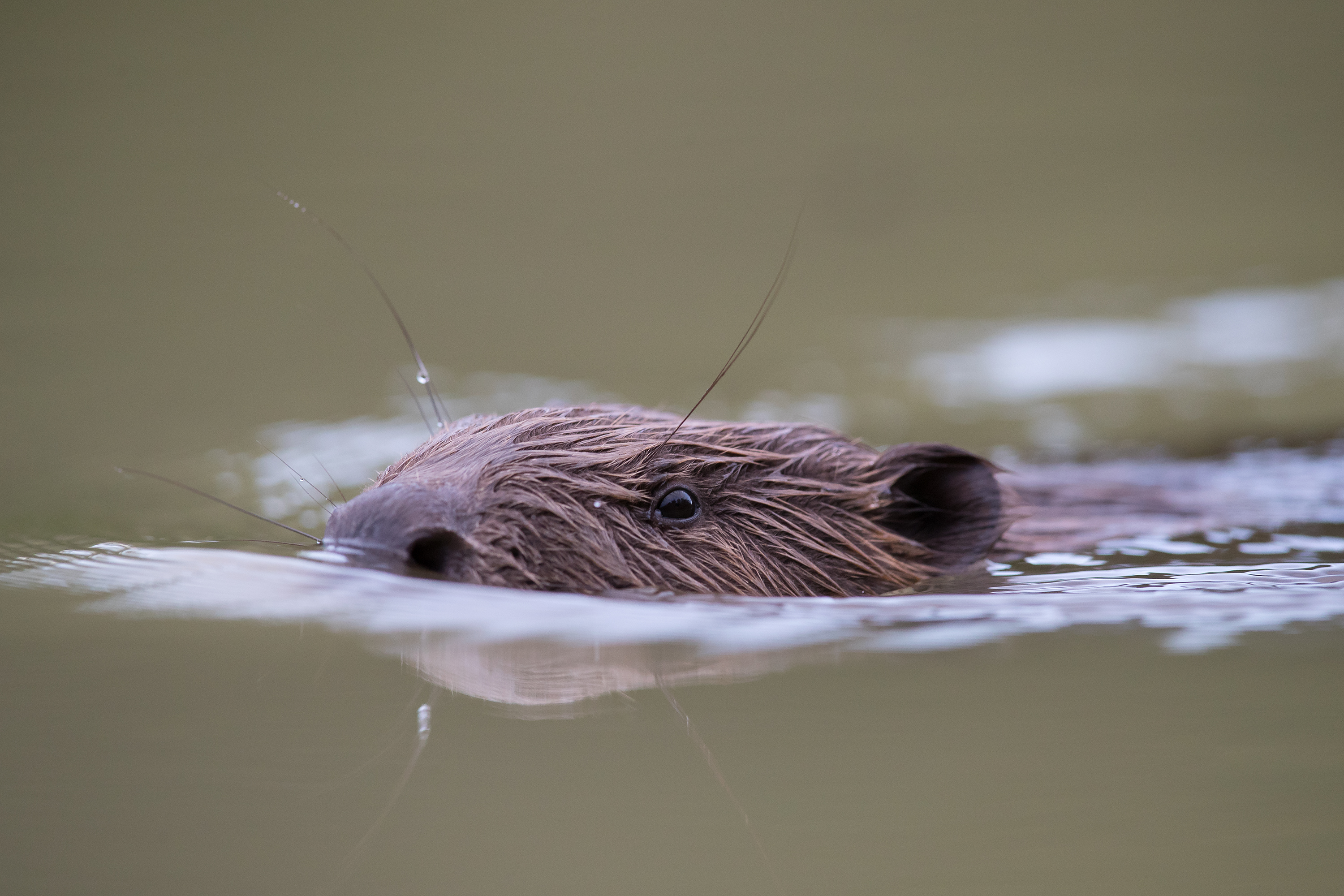