River dolphins in the Amazon and Orinoco are under ever increasing pressure from the impact of hydropower dams and mercury contamination from small-scale gold mining, according to results from the first ever river dolphin satellite tagging programme released today to mark World River Dolphin Day.
Scientists from the South American River Dolphins Initiative (SARDI) have been monitoring the satellite transmitters on 29 pink and Bolivian river dolphins since 2017 to develop a better understanding of the behaviour, habitats and key threats to these endangered animals.

The results highlight the impact of hydropower dams, which block migration routes and change river flows, and mercury pollution, with 100% of analyzed skin and blood samples containing high levels of the dangerous, heavy metal.

“Every additional fact about the lives of our river dolphins that the satellite tagging uncovers helps us to develop more effective strategies to conserve these species,” said Marcelo Oliveira, WWF-Brazil river dolphin expert and the coordinator of SARDI. “The vast fires in the Amazon also have an impact on the rivers systems, so continuing to monitor the river dolphins now is even more important since it helps us to protect them and gauge the overall health of the forests and rivers."

The world’s other surviving river dolphin species are also threatened by dams and pollution. Hanging on in Asia’s greatest rivers – the Ganges, Indus, Irrawaddy, Mekong and Yangtze – these critically endangered species are also at risk from shipping and bycatch. All three freshwater populations of the Irrawaddy dolphin now number less than 100.

But there is some hope. Numbers of the Indus river dolphin have increased to 1812, largely thanks to the efforts of communities, WWF and the authorities. In particular, these blind dolphins often end up stranded in irrigation channels. But working together, local communities and WWF have rescued 10 individuals this year alone and 151 since the project began in 1992.

In the Mekong, years of dedicated work have seen the river dolphin population rise from 80 to 92 last year. While a count along one section of the Ganges and in the Beas found calves in both rivers, meaning reproduction is continuing successfully.

“Incredible partnerships with communities, conservationists and governments have helped slow down – and in some cases reverse – the decline in river dolphin numbers in Asia, but most populations are still so small that one catastrophe could tip them over the edge towards extinction,” said Daphne Willems, the lead of WWF’s global river dolphin initiative. “We are working with range states on a global strategy that will help to safeguard these iconic species, which are the indicators of the health of these great rivers.”

Working with partners, WWF is building momentum for an Inter-Governmental Declaration by range states in 2021 to protect all river dolphins worldwide. Cooperation between countries will be critical to the survival of river dolphins. As the satellite tagging confirmed river dolphins in the Amazon routinely cross national borders, using transboundary wetlands for food, shelter and reproduction, so they need healthy rivers connected regionally.

"For this reason, we need to maintain protected areas and even increase the protection of more aquatic ecosystems in the Amazon region," said Fernando Trujillo, scientific director of the Omacha Foundation.

Additionally, the monitoring also showed that dolphins use different aquatic environments to live: areas of confluence of rivers, lagoons, river and tributary channels, and even shallow areas near the beaches, where they mate. In addition, these areas change throughout the year in response to the water level and flood pulse, both of which are impacted by hydropower dams.

Meanwhile, drones appear to be better at counting river dolphins than humans. According to a paper published in Oryx just ahead of World River Dolphin Day, the use of drones could provide a more feasible, economical and accurate estimate of Amazon river dolphin populations. Critically, the method could potentially be replicated in other important areas for the conservation of these species around the world. 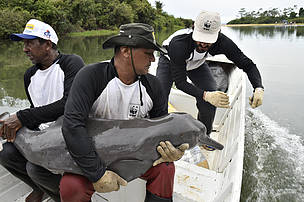 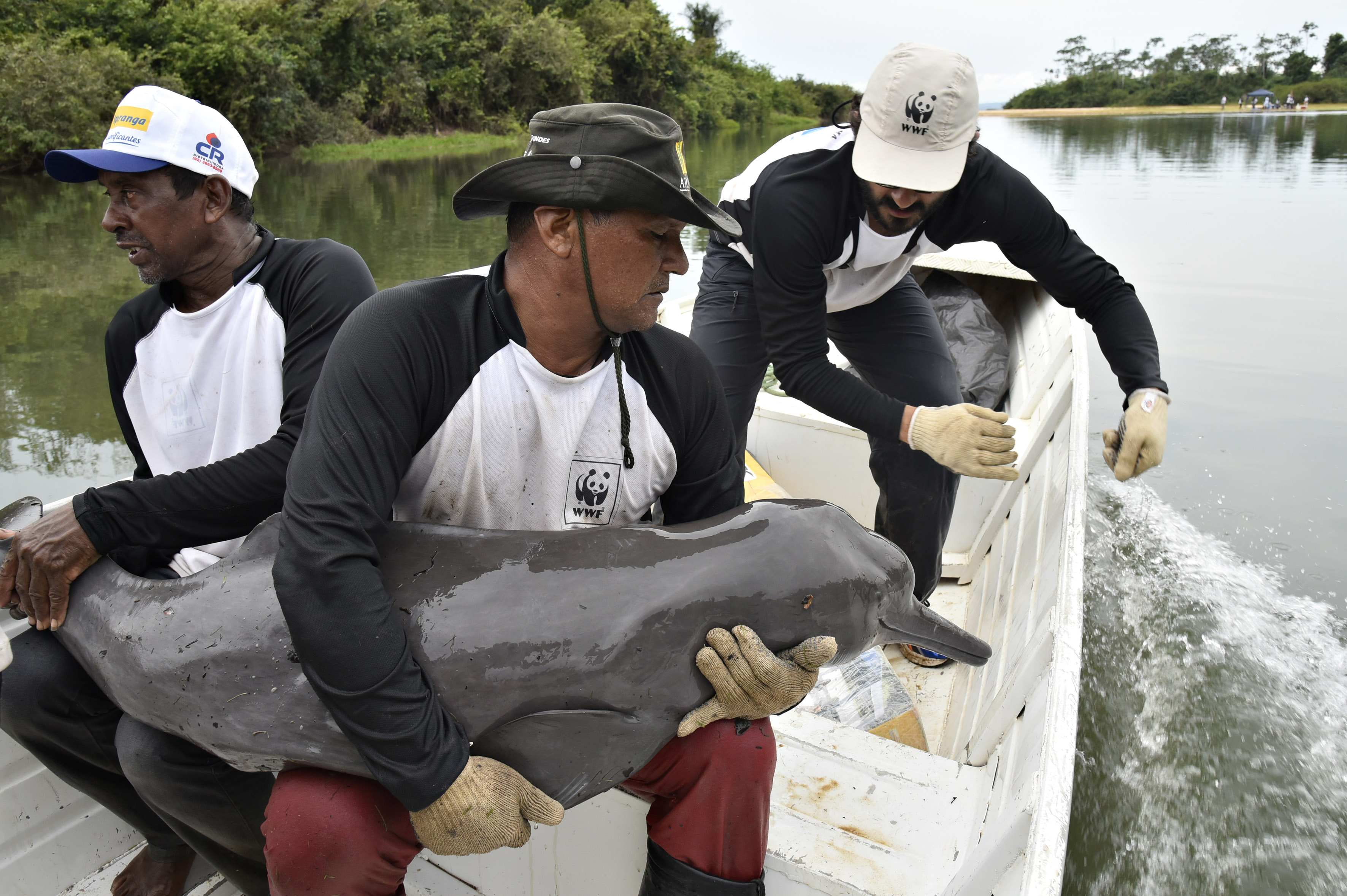 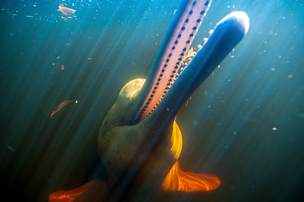 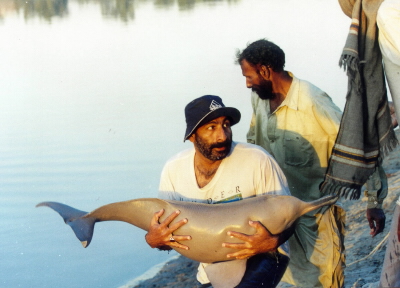 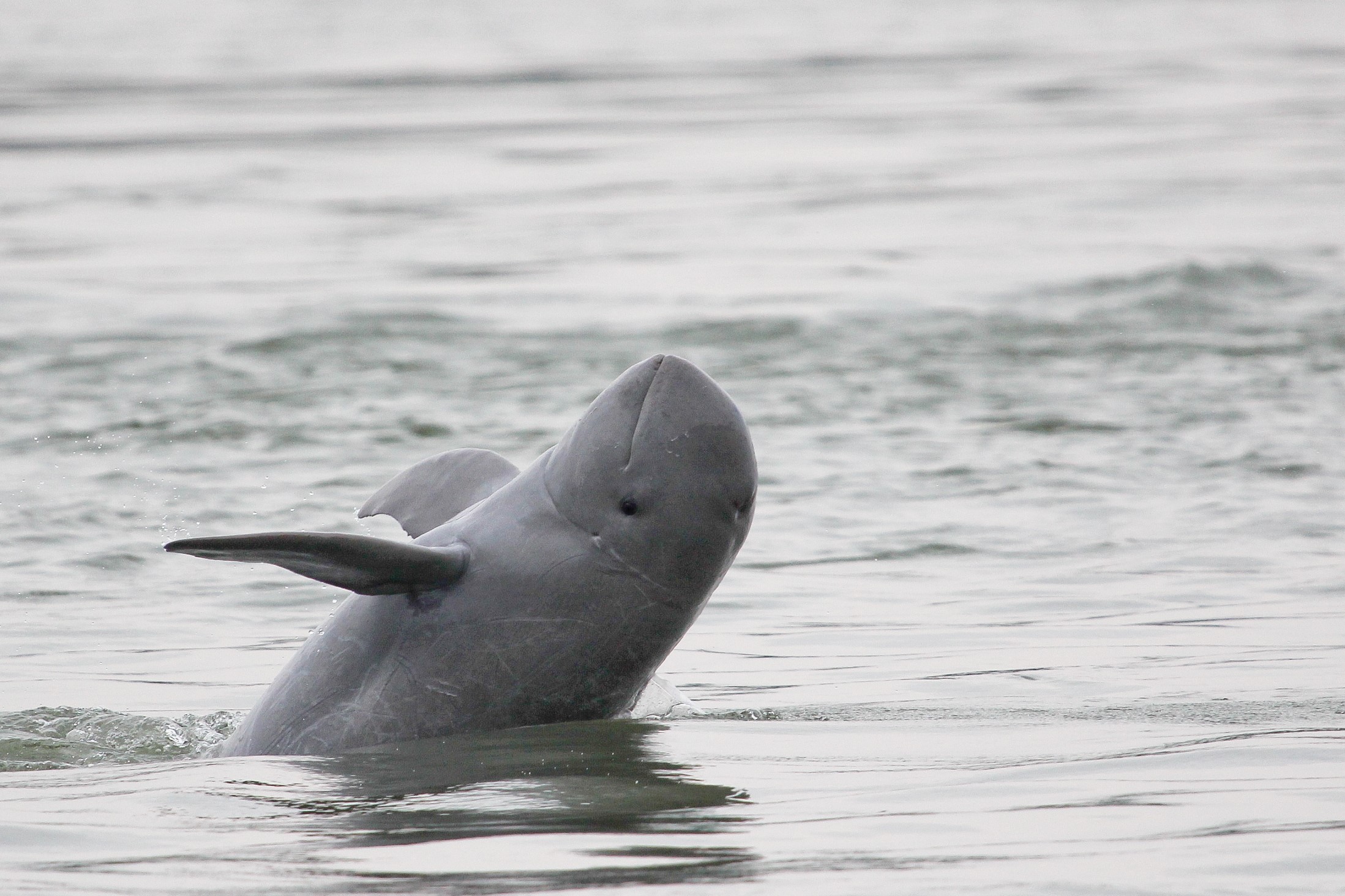