Environmentalists have lodged an official complaint with the European Commission over illegal management of protected North Sea nature reserves, which have been left decimated by damaging fishing practices.

Lawyers for WWF and ClientEarth, supported by other organisations, are calling on the Commission to challenge the Netherlands, the UK and Germany over a recently submitted proposed management plan for the Dogger Bank – a unique undersea conservation site, and home to sharks, porpoises and other iconic species – that contains multiple breaches of EU law.

The nations have systematically failed to protect areas within the Dogger Bank, which is shared between the three countries, from damaging fishing practices, despite those areas being designated as conservation sites for more than a decade.

They proposed that the Dogger Bank be a protected area in the early 2000s. Since then, failure to effectively implement protection and manage activities has left biodiversity in decline, affecting the ecosystem’s ability to support breeding grounds for many species.

Despite the site’s status as a marine protected area (MPA), the proposed management plan, submitted by the Netherlands, the UK and Germany on 19 June will allow the highly destructive practice of bottom trawling across two-thirds of Dogger Bank seabeds and demersal seine fishing, using large nets, across 95% of its area.
These fishing techniques are not only harmful to the seabed, as the ropes and nets destroy the surfaces they pass through, but also cause bycatch of sharks, cold water corals and other sea animals.

Janica Borg, Marine Protection and Spatial Planning Policy Coordinator, said:
“Allowing these destructive fishing techniques will damage the seabed and destroy precious habitats - a blatant violation of the EU law protecting the Dogger Bank as a Natura 2000 site. We urge the Commission to recognise the value of effective management in all Natura 2000 sites and to push for measures to preserve these ecosystems, for the benefit of both wildlife and local communities.”

ClientEarth wildlife lawyer Tatiana Lujan said:
“The fishing practices allowed in the proposed management plan are the equivalent of cutting swathes through a rainforest, using the excuse that it will grow back again. Each time the seabed is razed by fishing practices like bottom trawling, the recovery of the ecosystem is reduced dramatically, until it stops being able to support apex species like sharks and porpoises.

“The proposal put forward by the Netherlands, the UK and Germany is illegal under EU law on three counts and ignores the scientific advice that supports the restoration of these conservation areas.”

Lawyers for the organisations said that the first legal breach relates to the failure to establish a management plan that is coherent with the ecological requirements of the site under the Habitats Directive, as the proposed Dogger Bank plan gives a green light to damaging fishing practices across sandbank conservation areas.
The second breach relates to the failure to protect the Natura 2000 site from further environmental degradation, as demonstrated by the observed declines in biodiversity.

Thirdly, fishing practices should only be approved if there is scientific certainty that they will not have an adverse impact on the sites – something the plan provides no evidence to support.

In their 19 June proposal, the three countries asked the European Commission to allow bottom trawling and seine fishing across the majority of Dogger Bank areas designated as Natura 2000 protected sites.

The European Commission must respond to this proposal by taking measures that offer real protection for the Dogger Bank. In the immediate term, enforcement of emergency measures are critically needed in the next 12 months to address the Dogger Bank’s current state of decline.


Notes to editors:
The Dogger Bank is a large sandbank in a shallow area of the North Sea, stretching across the Exclusive Economic Zone of Germany, the Netherlands and the UK. It is a unique area home to a wealth of flora and fauna, including European plaice, whiting and cod and quahogs – a shellfish species which can live for hundreds of years. Because of the rich underwater nature, the area offers food for many bird species, such as the northern gannet and the northern fulmar, as well as for other marine life like sharks, white-beaked dolphins, seals, rays and harbour porpoises.

The full list of environmental organisations supporting this complaint to the Commission is: WWF, Client Earth, Seas At Risk, Birdlife Europe and Asia, Oceana Europe, Royal Society for the Protection of Birds, Marine Conservation Society, Vogelbescherming Nederland, and the Dutch Elasmobranch Society.

About WWF:
WWF is one of the world’s largest independent conservation organisations, with over five million supporters and a global network active in more than 100 countries. WWF’s mission is to stop the degradation of the planet’s natural environment and to build a future in which humans live in harmony with nature, by conserving the world’s biological diversity, ensuring that the use of renewable natural resources is sustainable and promoting the reduction of pollution and wasteful consumption.

About ClientEarth:
ClientEarth is a charity that uses the power of the law to protect people and the planet. We are international lawyers finding practical solutions for the world’s biggest environmental challenges. We are fighting climate change, protecting oceans and wildlife, making forest governance stronger, greening energy, making business more responsible and pushing for government transparency. We believe the law is a tool for positive change. From our offices in London, Brussels, Warsaw, Berlin, New York City and Beijing, we work on laws throughout their lifetime, from the earliest stages to implementation. And when those laws are broken, we go to court to enforce them. 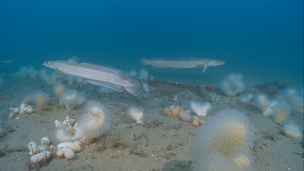 The Dogger Bank is a large sandbank in a shallow area of the North Sea, stretching across the EEZ of Germany, the Netherlands and the UK. It is a unique area home to a wealth of flora and fauna
© WWF 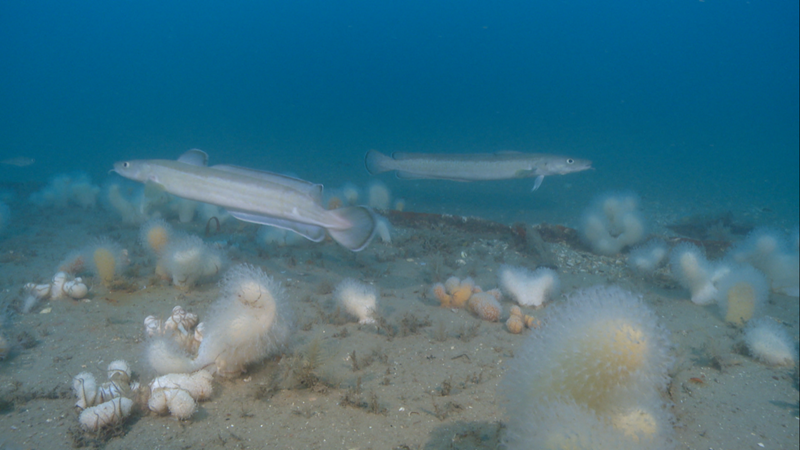