(San Francisco, US) 13 September 2018 – Today, a cross section of industries and countries came together to announce commitments to improved land stewardship that have the potential to help keep Paris Agreement targets within reach. During an official session of the Global Climate Action Summit (GCAS), 17 announcements were made under the umbrella of the 30x30 Forest, Food and Land Challenge, which calls for action to improve food production and consumption, better conserve forests and habitats and use land more efficiently and sustainably to deliver up to 30% of the climate solutions needed by 2030.

“Today’s commitments are good news for our planet,” said Manuel Pulgar-Vidal, leader of WWF’s global climate and energy programme.  “Agriculture, forestry and other land uses contribute more greenhouse gas emissions than all the cars, trucks, planes and ships in the world, yet land-oriented climate change solutions receive only 3 per cent of climate funding. Today we committed to taking the steps needed to close that gap. With the next round of UN climate talks right around the corner, countries must advance more of these conversations to set science-based targets and develop land-based solutions that will help mitigate the worst effects of climate change.”

The following is a sampling of the land stewardship announcements made at GCAS:

Champions of the 30x30 Challenge: Through the Forest, Food and Land Challenge, more than 100 NGOs, businesses, state and local governments, and indigenous and local communities have come together to create a new and more unified platform for action on land and climate. Together they will define a common forest, food and land agenda in order to raise the ambition of land-based climate action of all actors by 2020. To further solidify and operationalize this agenda and to ensure continued common purpose beyond GCAS, the coalition announced the formation of a Leaders Group to serve as catalysts of achievement of the 30x30 Challenge going forward. This group of visionaries will represent the breadth of the land sector – both in terms of its central thematic areas and key actor groups – and through their influential voices, they should continue to grow the reach of the challenge. Together, this group will define, prioritize and elevate clear opportunities, outcomes and milestones to drive ambition.

Global Environment Facility (GEF) Financial Commitment: The GEF announced half a billion USD for a new GEF Food, Land Use and Restoration Impact Program. Working with governments, the private sector and other partners, this new initiative will create multiple benefits, not least for climate mitigation. The program is designed at an intersection of the landscape and value chain approaches and is built as part of a multi-stakeholder initiative.

Cool Food Pledge: The Cool Food Pledge is a new global platform to help companies, universities, hospitals and cities offer diners appealing and healthy food while reducing food-related greenhouse gas (GHG) emissions by 25% by 2030. The Pledge will help signatories track the climate impact of the food they serve, develop plans to sell delicious dishes with smaller climate footprints and promote their achievements as leaders in a growing movement. At GCAS, a group of food providers serving more than 60 million meals annually announced their commitment to the Cool Food Pledge. The Pledge is an initiative of World Resources Institute, UN Environment, Carbon Neutral Cities Alliance, Health Care Without Harm, Practice Greenhealth and Climate Focus, and is pleased to have Sodexo as a supporter, helping promote the Pledge’s activities with the dining facilities it serves.

FoodShot Global: A consortium of thirteen global food leaders, including venture funds, banks, corporations, foundations, NGOs and universities committed to invest in and accelerate scientific and technological breakthroughs that will improve soil health at scale. A healthy soil operating system will lead to more nutritious food, reduced agrochemical inputs, increased yields, higher farmer profits and healthier land and water ecosystems. By storing carbon, soil is also a key tool in fighting climate change. Healthy soil sets the framework for a food system capable of sustainably producing healthy, nutrient-dense food that is accessible to all. FoodShot Global’s inaugural Challenge, Innovating Soil 3.0, will award up to $10 million USD in equity and up to $20 million USD in debt funding to innovative businesses, while $500,000 in philanthropic capital will be awarded to researchers, social entrepreneurs and advocates.

Pacific Coast Collaborative: The Pacific Coast Collaborative (PCC), representing the US states of California, Oregon, Washington and the Canadian province of British Columbia, was formed in 2008 when the leaders of the participating states and province agreed to work together on energy, climate, ocean health and other issues, as a region. The PCC is also collaborating with major cities along the West Coast to reduce carbon emissions and align building efficiency, transportation, renewable energy and organic waste systems. Together, we are building a thriving and innovative economy that fights climate change and benefits all residents by investing in clean energy, energy efficiency, and carbon pollution reduction. The PCC represents the world’s fifth largest economy, a region of 55 million people with a combined GDP of $3 trillion USD. Their progress is detailed in this year’s Report Card.

Cities 4 Forests: The “Cities 4 Forests” initiative aims to catalyze a movement that builds political, social and economic support among city governments and their citizens to achieve forest conservation, restoration and sustainable management. Working with city governments, Cities 4 Forests is a voluntary coalition involving mayors (and their offices) from around the world (from developed, middle income, and developing regions), as well as civil society groups, universities, companies, utilities and institutions with expertise in forests, communications and policy. It offers influential cities three scales for engaging their most important forests: the inner forests (urban trees), nearby forests and faraway forests. 45 cities have joined Cities 4 Forests and the government of Norway has pledged $5 million USD over the next five years.

Governors’ Climate and Forest (GCF) Task Force Grants: The GCF Task Force, which includes nine governors from Brazil, Indonesia and the US, announced the first round of subnational recipients of grants from the $25 million USD GCF Fund with emphasis on the commitments that states are making to receive these grant funds. The GCF Task Force is leading subnational efforts to build robust and effective jurisdictional programs to protect and restore forests and enhance rural livelihoods. The GCF Governors are working on the implementation of low carbon and sustainable land use plans at the jurisdictional level in contributing to global efforts for reducing emissions from deforestation and forest degradation. One example is through the 2018 Sustainability Agreement for the Yucatan Peninsula in Mexico, public-private partnerships for restoring and protecting degraded and undermanaged landscapes in achieving sustainable supply chain initiatives, including efforts to engage indigenous peoples and local communities in sustainable landscape stewardship.

Indigenous Principles - Governors’ Climate and Forest Task Force: The GCF Task Force released “Guiding Principles for Collaboration and Partnership Between Subnational Governments, Indigenous Peoples and Local Communities.” The culmination of several years of work, these Principles will demonstrate the commitments of subnational governments to working in partnership with indigenous peoples and local communities. These Principles provide guidance on agreed upon terms of engagement and serve as a point of departure for this collaboration.

Cerrado Manifesto: Investors with $5.6 trillion USD in assets have joined a coalition supporting conservation of the Brazil’s Cerrado, the world’s most biodiverse savannah.  Representing more than 100 food and financial companies, the coalition is now the largest business group focused on protecting the Cerrado, which has lost about half of its native forests and grasslands, largely for the production of cattle and soy. Organized by FAIRR, the investors joining the coalition include APG, Legal and General Investment Management, and Green Century Capital Management.

Jurisdictional Approaches to Supply Chains: Walmart announced the development of a platform that will facilitate their suppliers engaging in jurisdictional approaches as part of their work on forests supporting their Scope 3 Science-Based Target for climate. This platform will be developed in collaboration with the four NGOs advising them on jurisdictional approaches (WWF, CI, TNC and EDF) – who will prioritize high risk jurisdictions and help identify legitimate efforts on the ground. As an example of how the platform will work, Unilever – an anchor partner and supplier to Walmart – is committing to support the farmer certification across 60k hectares as well as restoration in the Sugut, Kinabatangan and Tawau river basins in Sabah, Malaysia, with a view to increase sourcing in an area they can guarantee is not causing deforestation. This work on restoration will complement the broader jurisdictional initiative’s work in the region working with palm oil and pulp producers and forest protection – advancing both deforestation and climate goals. The Sabah example is just the beginning of more engagement to come in key forested jurisdictions who are committed to becoming deforestation-free under the New York Declaration on Forests.

Pro-Amazonia Initiative: Ecuador’s Inter-institutional Committee on Sustainable Palm Oil seeks to balance economic growth, productivity, and forest conservation and preservation. To achieve this, the Committee will work towards increasing production of palm oil on existing cultivation areas, by implementing sustainable agricultural practices based on national legislation and international standards, including the Roundtable for Sustainable Palm Oil (RSPO); thus, decreasing pressure on remaining forests in the country and strengthening the capacities of smallholder producers on sustainable management. These combined actions will contribute to Ecuador’s advancement in the fight against deforestation, using a jurisdictional sectoral approach, with a vision towards reducing and eliminating deforestation from palm oil production in the Amazon by 2025, as well as achieving zero deforestation from the sector by 2030, nation-wide.

Rainforest Journalism Fund: The Pulitzer Center on Crisis Reporting announced the creation of the Rainforest Journalism Fund supported by a five-year, $5.5 million USD grant from the Norwegian International Climate and Forest Initiative. This initiative will seek to increase the quantity and quality of reporting on tropical forests by funding nearly 200 original reporting projects along with annual regional conferences designed to raise the level of reporting on global rainforest issues such as deforestation, its drivers and its effect on climate change. The Fund will also provide hostile-environment and first-aid training to 75 journalists operating in rainforest regions during the course of the grant. Pulitzer Center will cooperate closely with the Amazon, Central Africa and South-East Asia. An emphasis will be put on supporting the work of journalists from within each rainforest region.

About the 30X30 Forests, Food and Land Challenge
How we use land for agriculture, forestry and other purposes has a greater impact on climate change than any other sector of the economy except energy—yet, land-related solutions receive less than 3% of climate funding. The 30X30 challenge calls on businesses, states, city and local governments, and global citizens to take action to improve forest and habitat conservation, food production and consumption, and land use to work together to deliver up to 30% of the climate solutions needed by 2030. For more information, visit https://climatelandchallenge.org/

About the Global Climate Action Summit
The Global Climate Action Summit is taking place from September 12 to 14, 2018 in San Francisco under the theme 'Taking Ambition to the Next Level.'  To keep warming well below 2 degrees C, and ideally 1.5 degrees C – temperatures that could lead to catastrophic consequences – worldwide emissions must start trending down by 2020. The Summit will showcase climate action around the world, along with bold new commitments, to give world leaders the confidence they need to go even further by 2020 to meet the Paris Climate Agreement goals. The Summit’s five headline challenge areas are Healthy Energy Systems; Inclusive Economic Growth; Sustainable Communities; Land and Ocean Stewardship and Transformative Climate Investments. Many partners are supporting the Summit and the mobilization in advance including Climate Group; the Global Covenant of Mayors; Ceres, the C40 Cities Climate Leadership Group; BSR; We Mean Business; CDP, formerly the Carbon Disclosure Project; WWF; and Mission 2020. For more information, www.globalclimateactionsummit.org. #StepUp2018 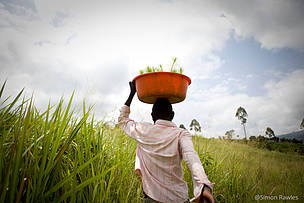 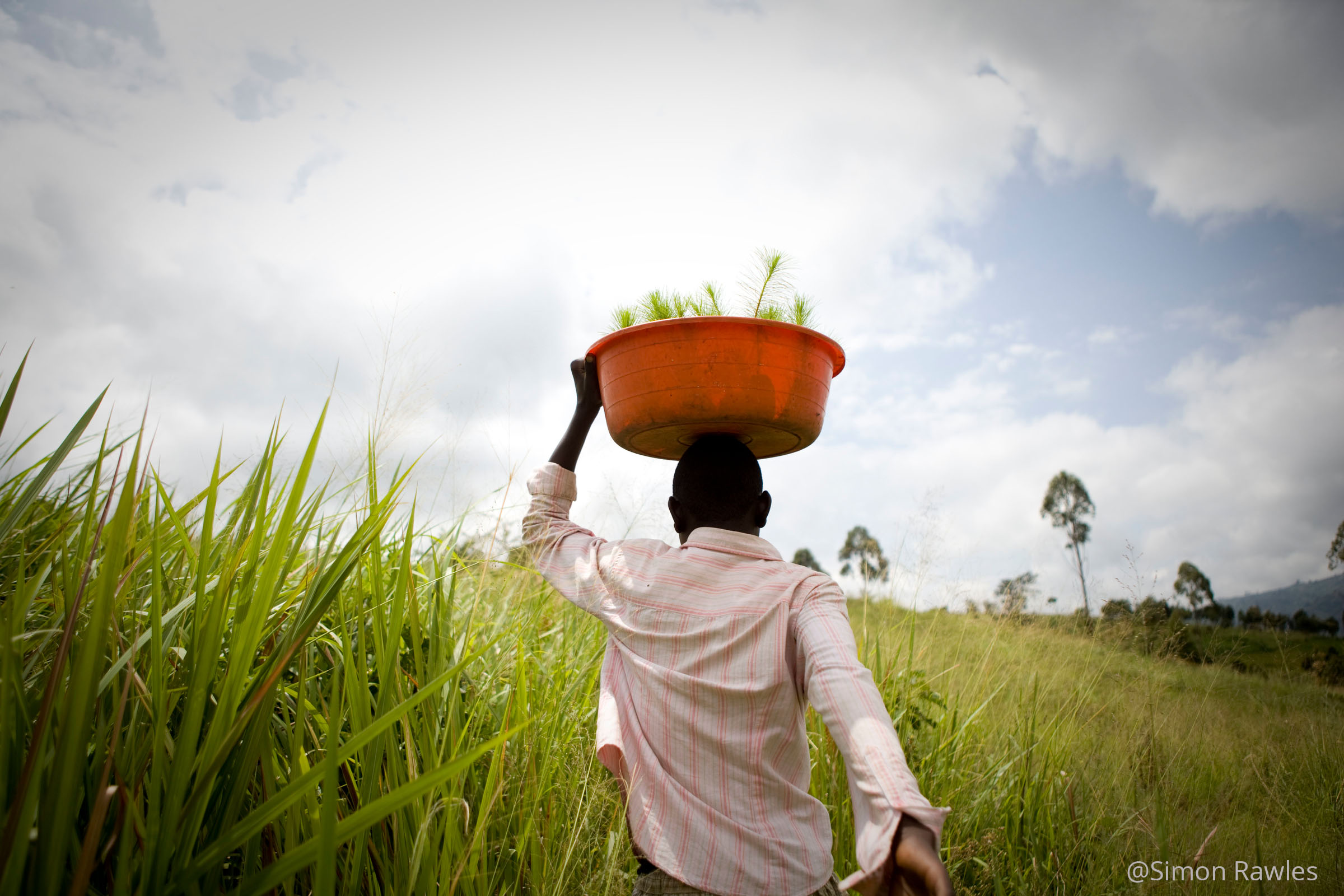