Packed with biodiversity hotspots and home to a spectacular range of flora and fauna, about 2.1 million ha of the area is, in fact, located in Sarawak and the rest in West Kalimantan.
By: Zaphne Philip (newsarawaktribune.com.my)
When in media trip that was organised by WWF-Indonesia and WWF-Malaysia to see the transboundary HoB Corridor management as a driver of future HoB towards green economy and wildlife conservation

Literally in the Heart of Borneo, local communities are adopting green economy practices to protect their environment and improve their well-being.

For instance, in the tiny rural villages of Desa Mentawit and Desa Kelakar, about a six-hour drive from Badau on the Indonesia-Malaysia border, rubber smallholders have been taught sustainable agricultural practices and they are already tasting the fruits of their efforts.

The villagers have World Wide Fund for Nature (WWF) to thank for empowering them to manage their natural resources in a sustainable manner.

Packed with biodiversity hotspots and home to a spectacular range of flora and fauna, about 2.1 million ha of the area is, in fact, located in Sarawak and the rest in West Kalimantan.

WWF-Indonesia spokeswoman, Maria Theresia said the IKI programme has yielded positive results and even oil palm and logging companies were now increasingly aware of the importance of conserving the environment and supporting eco-friendly business practices.

“The local communities here are also playing an active role in managing their natural resources in a sustainable manner, based on the green economy concept,” she told Malaysian journalists who participated in a recent media tour of the villages in West Kalimantan where IKI pilot projects have been implemented.

Programme to end early 2021
On the Indonesian side of the HoB IKI programme, pilot projects have been implemented in the Agropolitan District Strategic Area and the districts of Silat Hulu, Silat Hilir, Pangkadan, Hulu Gurung, Sejiram, Empanang and Semitau.

Sarawak’s portion of pilot projects is located in the districts of Sri Aman (Batang Ai) and Kapit (Song and Baleh).

The HoB IKI programme is a collaboration among WWF Germany, WWF Malaysia and WWF Indonesia, as well as Malaysian and Indonesian agencies such as Sarawak Forest Department and West Kalimantan’s Kapuas Hulu District Office.

According to Theresia, they have plans to extend the programme but it can only be done if they obtain additional funds.

She also said that the governments of Malaysia and Indonesia have given their full support to the IKI pilot projects in order to achieve sustainable development goals that can bring economic benefits to the people of Borneo.

Caring for the environment
Elaborating on the IKI programme, Theresia said WWF used it as a means to encourage local communities to be jointly responsible for the conservation of the environment and, at the same time, help fight climate change.

“Through this programme, WWF is giving technical aid to the farmers and smallholders to enable them to practise sustainable farming methods. In this context, it means the implementation of the green economy management concept that promotes the use and production of environmentally-friendly resources,” she explained.

Green economy management is particularly important in areas that have to be conserved, she said, adding that both Malaysia and Indonesia have welcomed the green economy concept.

Overall, the programme has generated economic and social benefits to the people and has had a good impact on the environment in general.

“This is because the main essence of the (HoD IKI) programme is the joint (Sarawak-West Kalimantan) transboundary sustainable management of the protected areas and natural resources, as well as ecotourism and capacity development activities,” she said.

As the implementing agency, WWF has also helped Malaysia and Indonesia to organise workshops and cross visits to learn environmentally-friendly cultivation techniques, as well as share information on crops that have the potential to be commercialised.

Inspiring other villagers
In implementing its green initiative in selected villages, WWF also hopes to draw the attention of other villagers in the surrounding areas and educate them on planting crops that are suited to the area or structure of their land, as well as safeguarding the natural habitat.

In August 2018, WWF Indonesia brought some stakeholders from West Kalimantan to Sarawak to learn how green economy techniques were used to conserve and preserve orang utan habitats.

That particular visit took them to Menyang Taih in Batang Ai, where the Sarawak Forest Department and Manggat longhouse community were jointly involved in planting 11,000 agarwood saplings on 14,000 ha of idle land, said to be the last wild orang utan habitat in Sarawak.

Once the agarwood trees have matured, the local community can generate extra income by harvesting and selling the leaves which can be processed into agarwood tea. At the same time, they are also doing their bit to protect the orang utan habitat.

Kapuas Hulu District Office Infrastructure and Development head Budi Prasetiyo said the Sarawak visit made them realise that there was great potential for the cultivation of agarwood in West Kalimantan.

“We want to do what they have done… we will identify the areas that have the potential for agarwood cultivation,” he said.

Green planting techniques
West Kalimantan IKI programme head Jimmy Syahirsyah said in Hulu Gurung district, currently, there were three pilot projects. Two of the projects, located in Desa Mentawit and Desa Kelakar, focus on rubber cultivation while the third project in Lubuk Antuk focuses on ecotourism. A total of 200 people, comprising the local communities, are involved in the three projects.

Jimmy said the rubber tappers in Desa Mentawit and Desa Kelakar operate their smallholdings in groups and the commodity was their main source of income.

He said WWF drummed home the importance of implementing sustainable agricultural practices and taught the rubber tappers how to use fertilisers correctly so as not to jeopardise the soil nutrients.

Sapardi, who supervises the IKI projects in Desa Mentawit and Desa Kelakar, said since participating in the project in 2018, the rubber tappers have not only upgraded their planting skills but have also earned higher incomes.

“The commodity was previously priced at 6,000 rupiahs a kilogramme but now that it complies with CIS standards, the market value has gone up to 9,000 rupiahs,” he said.

He added that other villagers living near Desa Mentawit and Desa Kelakar have also shown interest in green agricultural practices as they too want to increase crop quality and yields, and preserve the environment. 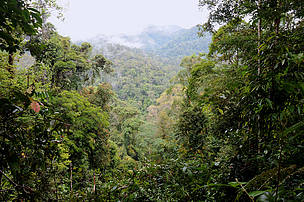 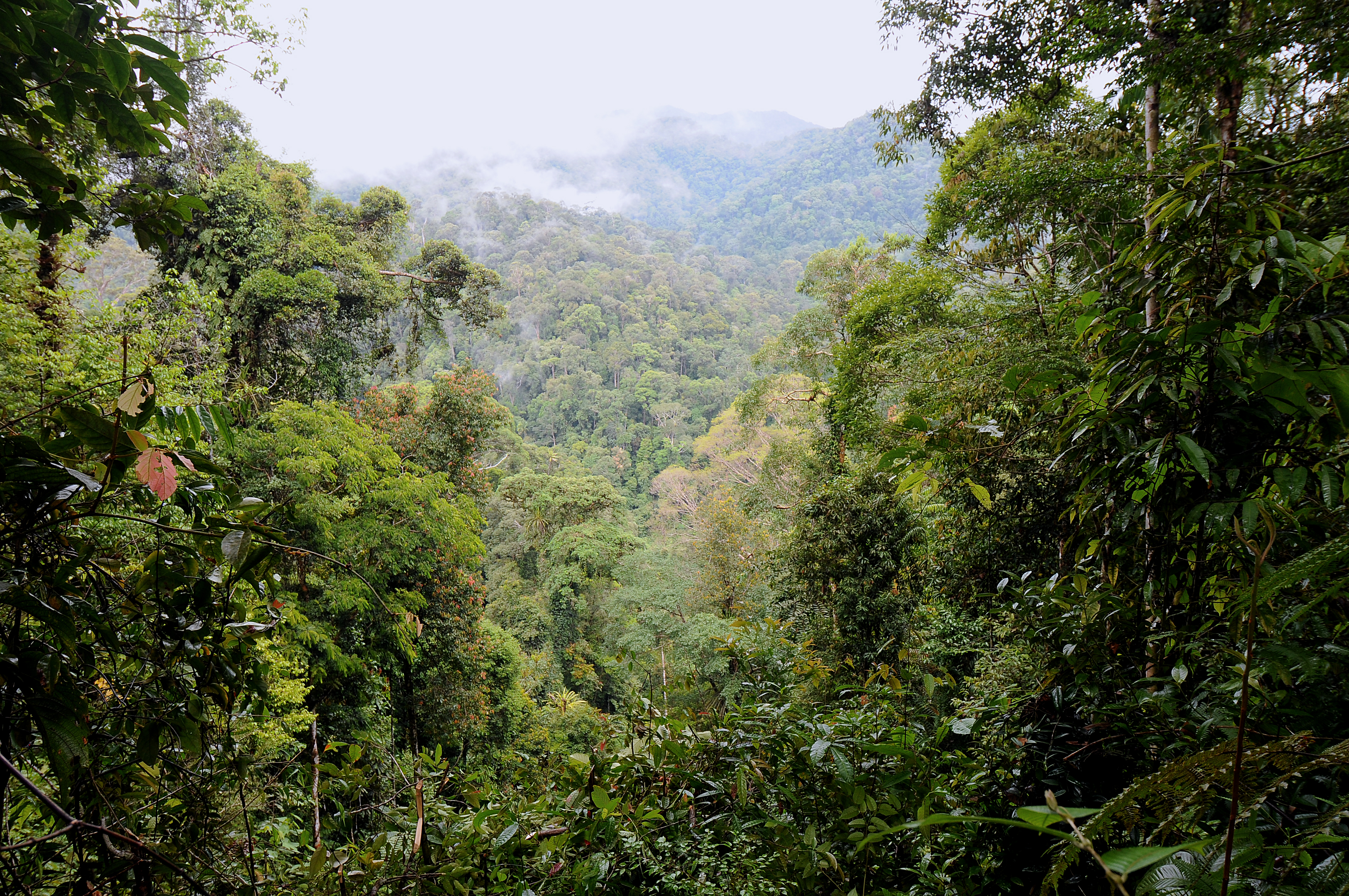 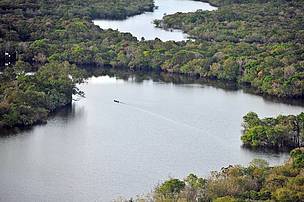 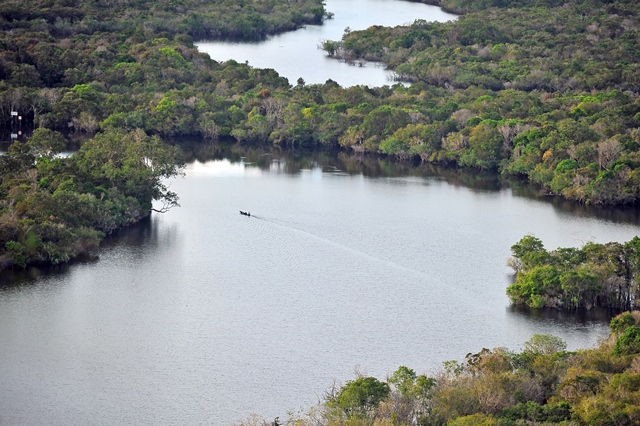