Report Launch: Lessons Learnt from 20 Years of Forest Restoration in a Floodplain Landscape: the Lower Danube
WWF offices across the region are celebrating Danube Day. Every year on June 29, the countries of the Danube Basin jointly celebrate one of Europe's greatest river systems and the people and wildlife that rely on it. We will have a roundup of activities in Hungary, Bulgaria, Romania, Slovakia and Ukraine in the coming days. In the meantime, we would like to use this opportunity to focus attention on a specific aspect of the Danube, its riparian forests (forested or wooded area of land adjacent to a body of water).

Greening the Danube
Restoring forests is helping to secure the future of one of the world’s great rivers – and the people and nature that depend on it.

From its source in the Black Forest to its vast delta on the Black Sea, the mighty Danube winds its way through 10 countries – more than any other river in the world. Since ancient times, people have depended on this vital artery for trade and transport, drinking water, fertile soil, and energy and food.

The Danube also supports a vast array of wildlife – not only in the river itself, but in the forests and wetlands that line its banks, islands and floodplains. The last 1,000 km, known as the Lower Danube, is home to more than 5,000 recorded species. Among them are 42 species of mammals, including otters, mink and European lynx; as well as 85 types of fish, including five species of sturgeon. But the last century took a heavy toll on the Danube’s natural environment. Dams, dykes and artificial banks and channels changed the river’s natural flow patterns. Agricultural pollution damaged the water quality. Natural forests were cleared to make way for agriculture or replaced with monoculture poplar plantations. Invasive species upset the balance of the ecosystem. In the Lower Danube, almost three-quarters of the floodplains were cut off from the main river and transformed into agricultural areas.

A change of direction
With the turn of the millennium came a growing understanding that something needed to be done to restore the Lower Danube to health. In 1999, WWF and the World Bank published a cost–benefit analysis demonstrating that it made economic sense to restore natural floodplain forests, rather than planting more poplar monocultures for pulp and paper. In 2001, following intense lobbying by WWF and others, the Bulgarian Government’s new strategy for its Danube forests recognised the importance of conserving and restoring floodplain forests; 30% of the poplar plantations due to be logged over the next five years were set aside for forest restoration.

The year 2000 brought another milestone when the four countries of the Lower Danube – Bulgaria, Romania, Ukraine and Moldova – signed a declaration to create the Lower Danube Green Corridor. This committed them to enhancing protection for 775,000 hectares of existing protected areas and protecting a further 160,000 hectares, restoring 223,000 hectares of former wetland habitats, and promoting sustainable development along the Lower Danube. Bulgaria and Romania’s accession to the EU in 2007 gave further impetus to these efforts as the countries sought to comply with EU environmental legislation. The Lower Danube and its floodplain contain many important habitats and species which are protected under the EU Nature Directives.

Over the last two decades, these developments have sparked a wide variety of conservation and restoration projects along the Lower Danube, many involving WWF. These activities have been summarised in a newly released report, Lessons Learnt from 20 Years of Forest Restoration in a Floodplain Landscape: the Lower Danube.

By 2012, restoration was underway on more than 60,000 hectares of floodplains in the Lower Danube. Dykes have been removed, allowing the river to resume their natural course. Invasive species have been cleared. Tens of thousands of native trees have been planted on dozens of small sites, helping forests to regenerate naturally over a much larger area. Forest restoration has contributed to a marked improvement in water quality in the Danube, with a significant decline in the level of nutrients flowing into the Black Sea.

Positive Trends
Local restoration efforts are already bearing fruit. In Romania, 3,680 hectares of floodplains on the islands of Babina and Cernovca have been reconnected to the river, creating a mosaic of habitats. As natural processes have been re-established, numerous bird species have returned and fish populations have bounced back. Far from damaging the economy, the benefits of tourism, fishing and increased production of reeds and grasses are worth an estimated €140,000 per year.

On Tataru Island in Ukraine, traditional cattle breeds were brought in to control invasive species and dykes were removed to allow 750 hectares of land to flood naturally, providing rich feeding, breeding and spawning grounds for wildlife. With the habitat and food sources restored, rare birds – including white-tailed eagles, pygmy cormorants and ferruginous ducks – have returned and are thriving. The number of bird species spotted on the island shot up from 124 in 1999 to 219 in 2018, while the number of mammals present increased from 24 to 33 over the same period.

Despite these positive trends in recent years, the Lower Danube remains under heavy pressure. Tsonka Hristova was a director of Bulgaria’s Rusenski Lom Nature Park for 20 years, during which time she saw improvements within the park itself, but also increased negative impacts from external sources. “The nature park is an oasis of biodiversity in the plain agricultural lands of northern Bulgaria, not to mention a beautiful landscape and rich cultural and historical heritage,” she says. “WWF and others have supported projects here including the restoration of floodplain habitats around the Ivanovo rock churches [a UNESCO World Heritage Site], replanting of native limes and oaks and training for local landowners and livestock farmers.”

However, as agriculture in the surrounding areas has become more intensive, Tsonka has seen a fall in the number and variety of birds in the park. “Negative changes are due to the herbicides and insecticides used in neighbouring territories,” she says. “As well as sustainable management of protected areas and restoration of destroyed habitats, we need sustainable, sparing agriculture around protected areas.”

Protected areas like Rusenski Lom Nature Park are particularly important for attracting tourists to the region. “A healthy, natural environment is the basis of our tourism,” says Mihail Mihov, who runs hiking and adventure tours in the area. “Biodiversity, landscape, untouched natural sites – this is what many people want to see and experience. You can really feel the wild.” 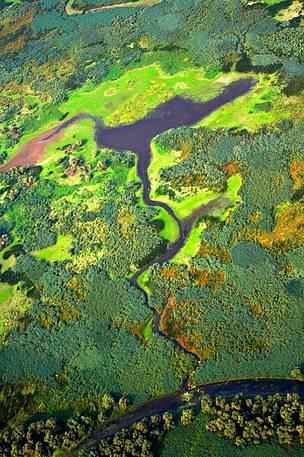 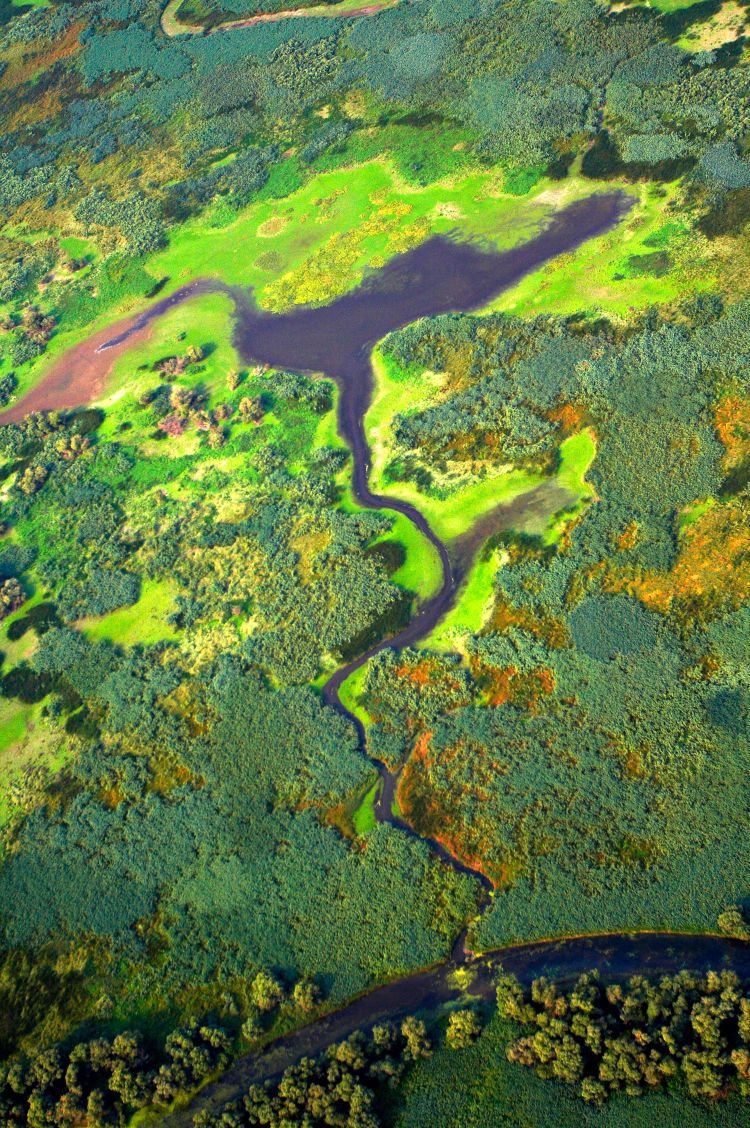 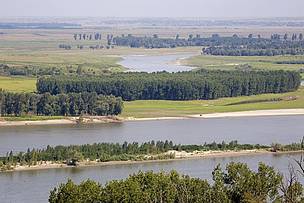 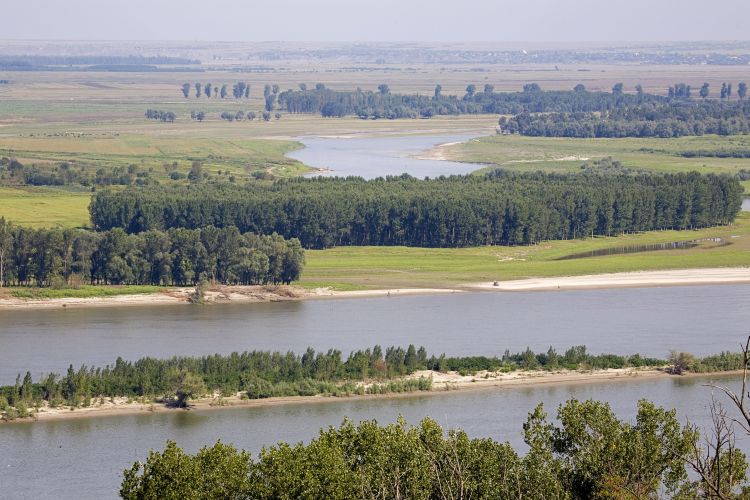