WWF presents its highest award to the Carpathian Convention | WWF

WWF presents its highest award to the Carpathian Convention

“WWF has given a Gift to the Earth, its highest award, to the Carpathian Convention in recognition of the important role that the Convention has played in facilitating action by its seven member governments and relevant stakeholders to preserve the exceptional natural values and promote sustainable development in the globally important Carpathian mountains region as well as in serving as a model for cross-border cooperation. The Carpathian Convention presents an example of the necessity and potential for working together across national borders and across sectors,” said Andreas Beckmann, Director of WWF-Danube-Carpathian Programme.

“The Carpathian Convention is the product of cooperation between governments and different stakeholders, including from civil society, science, the public and private sectors that all share a Carpathian dream,” said Harald Egerer, head of UN Environment Vienna Office, Secretariat of the Carpathian Convention. “It is for this dream and our efforts to sustainably develop the region and preserve it for future generations that I think we are receiving this Gift to the Earth award from WWF.”

Arching across 7 countries, from the Czech Republic, across Poland, Slovakia, Ukraine and Hungary, and down to Romania and the tip of Serbia, the Carpathians are Europe's last great wilderness area - a bastion for large carnivores, with over half of the continent's population of bears, wolves and lynx, and home to the greatest remaining reserve of old growth forests outside of Russia.

Covering an area five times the size of Switzerland and larger than the Alps, the Carpathian Mountains are home to 18 million people. Many of them depend on the natural resources of the region for their livelihoods and well-being. Forestry, tourism and agriculture are important for local economies, including income and employment. More significantly perhaps, the region and its natural resources are significant for providing a host of ecosystem services, including climate regulation and water management.

The exceptional natural treasures of the region are increasingly threatened by unsustainable development. Demand for biomass is driving harvesting of the region’s forests, both legally and illegally. Particularly at risk are old growth and virgin as well as natural forests.

Infrastructure development, including transportation, energy and tourism, is leading to the reduction and especially fragmentation of once intact habitats and the species that they support. Bears and other large carnivores suffer from illegal hunting. But arguably a greater, longer-term threat lies in the fragmentation and degradation of their habitats e.g. from infrastructure construction.

The Carpathian Convention has played an important role in leading and coordinating action by its member countries and relevant stakeholders to address not only a host of environmental challenges across the very diverse Carpathian Mountains, but also to identify and promote opportunities for sustainable local development.

Beyond policy development and alignment, the Carpathian Convention has facilitated and supported practical actions for implementation of the protocols and action plans, including for example the ongoing EU-funded TransGreen project, led by WWF within the framework of the Carpathian Convention, which brings together authorities and stakeholders from transport and environment to identify and develop best practice solutions to addressing conflicts between linear infrastructure and ecological corridors. 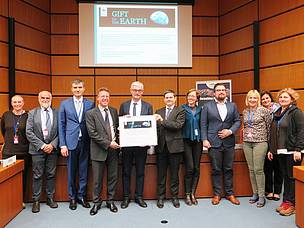 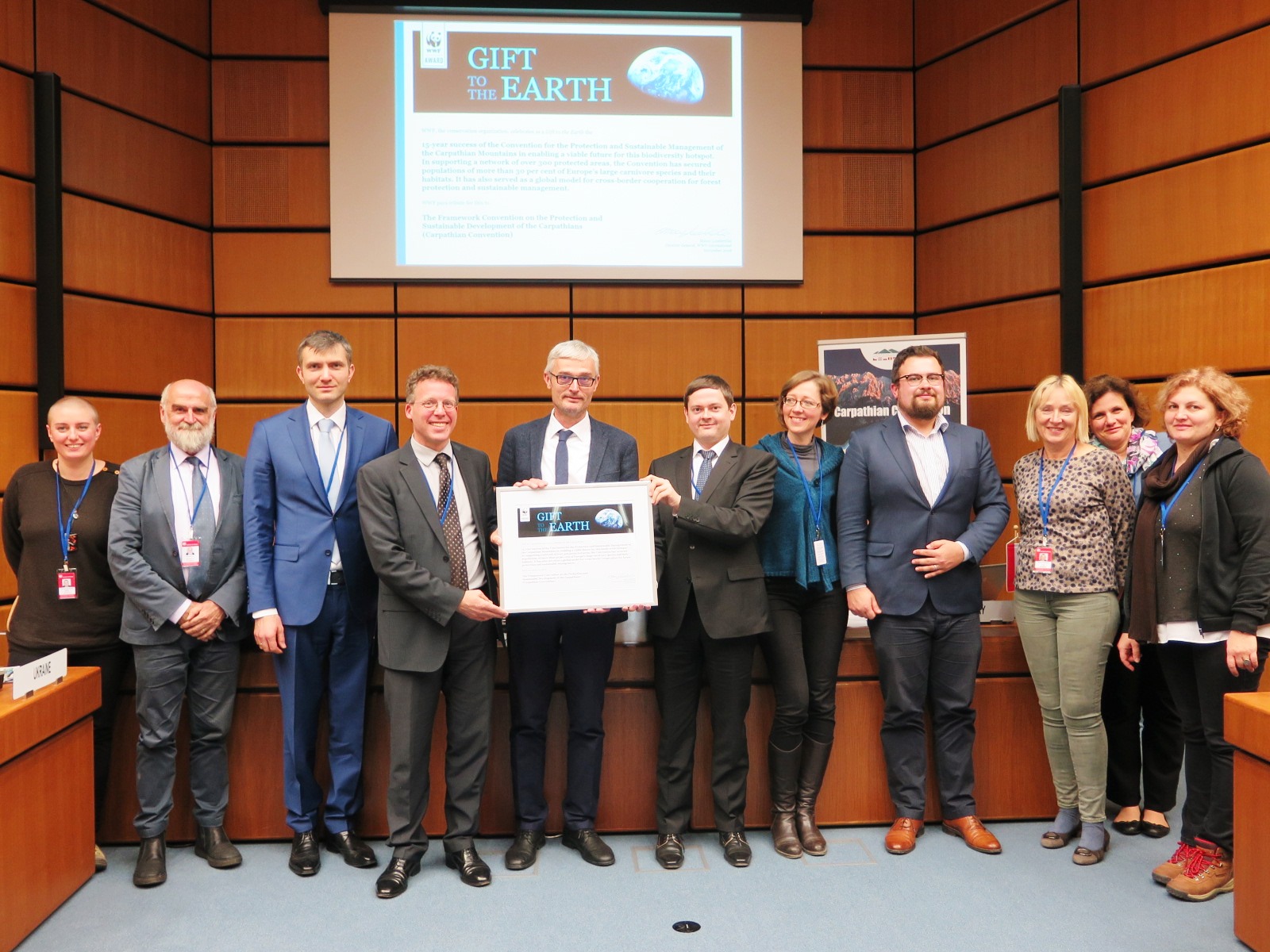