WWF Bolivia deliver equipment to the Beni Department to strengthen efforts against the illegal trafficking of wildlife parts. | WWF

WWF Bolivia deliver equipment to the Beni Department to strengthen efforts against the illegal trafficking of wildlife parts.

WWF Bolivia, with the support of WWF Germany, has helped to strengthen the efforts of the Autonomous Government of the Beni Department in the Bolivian Amazon to control and monitor the illegal trafficking of flora and fauna. WWF has donated equipment, materials and supplies, in response to a request made by the department´s authorities to help stop the trafficking of wildlife and, in particular, the trafficking of jaguar parts (Panthera onca), which has reached an alarming level in the country.

In the photo Samuel Sangueza Pardo and Alex Ferrier, governor of the Beni Department, appear with the donation documents signed. Mrs Ingrid Zabala, Secretary for the Environment and Natural Resources in Beni, also appears in the photo.

In recent years, the trafficking of wildlife and, in particular, jaguar parts (Panthera onca) has reached an alarming level in Bolivia. In a recent raid in the city of Santa Cruz, the wild animal parts seized were worth an estimated million dollars. One of the main drivers of this increase is a growing demand for jaguar teeth in Asian medicine and jewelry markets, as a replacement for tiger teeth.

Although there are check-points in key areas where the trafficking of wildlife takes place, the number of discoveries of trafficked parts and a growing demand from buyers for parts, which is carried out through local media, has notoriously increased in the Beni Department. This has generated concern at a national and international level over what this could mean for the conservation of the species; a situation made worse by the fact that in Bolivia, the jaguar is categorized as being vulnerable to extinction.

Preserving jaguar populations is extremely important not just for Bolivia but for the entire region, given that the species is at the top of the food chain and is the largest land predator in America. Due to the fact that it depends on covering large tracts of land with different types of habitats, it is considered an umbrella species. This means that if its conservation is secured in one area, as a consequence, a large quantity of smaller species that it coexists with are also preserved.

Since 2004, WWF Bolivia has consistently supported conservation and sustainable development efforts in the Beni Department and assisted with the strengthening and training of relevant bodies. In March, the Government of the Department asked for WWF´s support in providing materials and supplies that would assist them in controlling and monitoring 8 wildlife trafficking check-points within the Department.

Members of the control network who work on the check-points also received training in Bolivian laws surrounding the trafficking and sale of wild flora and fauna. They also learnt how to distinguish and identify between wild species or wild animal parts and domestic animal parts.

The main challenge is to find a way to contribute in a sustained way to strengthening public authorities´ efforts to halt the trafficking of wildlife parts, to make species conservation efforts more robust and to raise the necessary awareness about the importance of the jaguar for the functioning of ecosystems, on which various production activities in the Beni department and Bolivia depend. 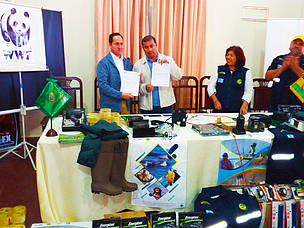 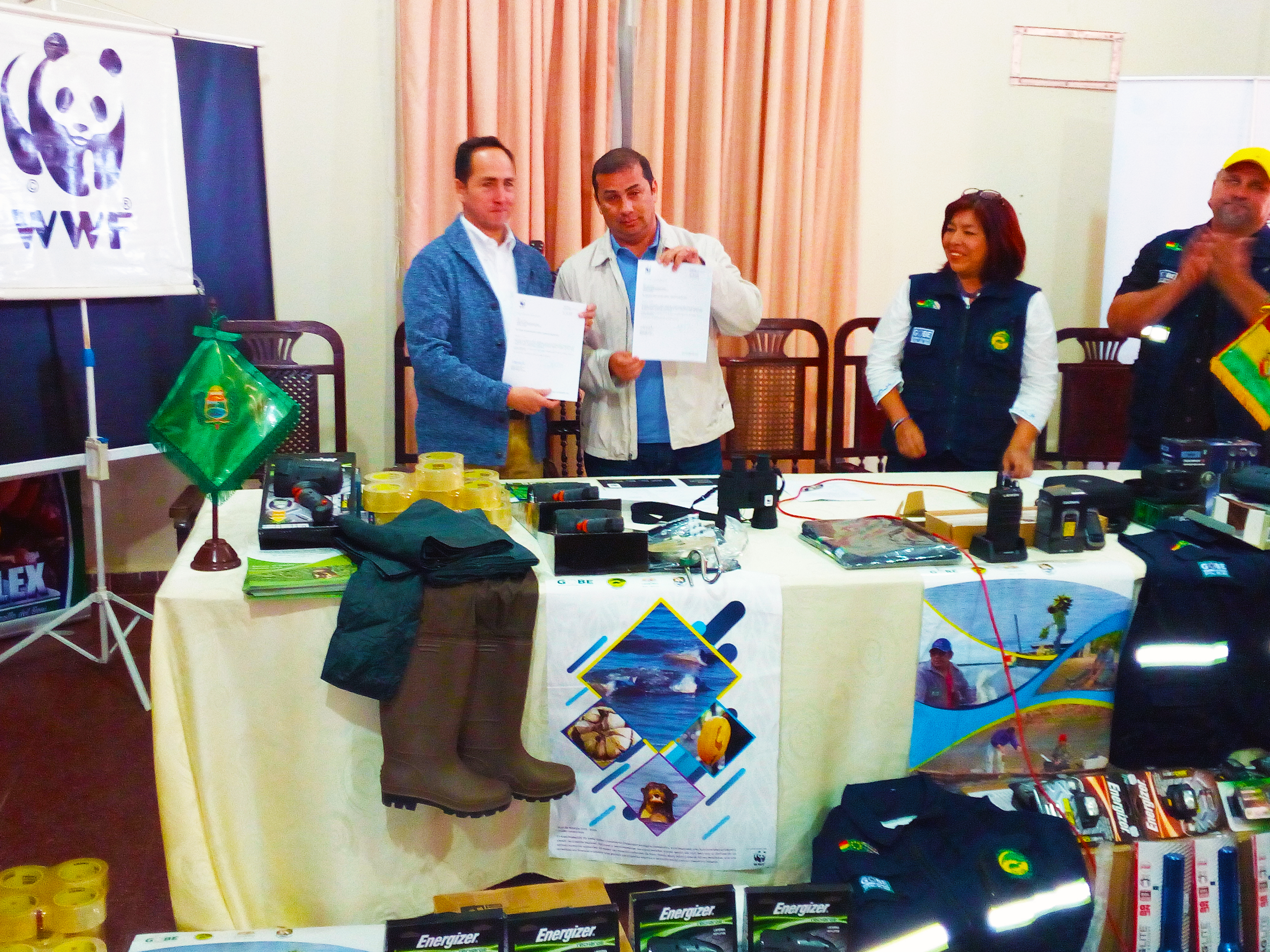