Pacific Bluefin tuna is one of the most valuable fisheries in the Northern Pacific Ocean, supporting a billion dollar industry that sustains the livelihoods of tens of thousands of people and contributes to economic growth and social development in the region.

"We are deeply concerned about the fact that Pacific Bluefin tuna breeding stock have declined from their unfished levels by more than 96 percent,” said Dr Aiko Yamauchi, WWF-Japan Head of Fishery and Seafood Project.  “Around 90% of the fishing take is now young fish that have not yet reproduced. It is clear that Pacific Bluefin tuna management in the Pacific is totally inadequate to preserve the tuna stock.”

In September last year, the nine member countries who participated in the Northern Committee (NC) of the WCPFC* took some first steps to protect Pacific Bluefin, in accepting scientific advice to halve the fishing catch of juvenile tuna, a prized but beleaguered fish. The NC further agreed that fishing nations must establish a catch documentation system.

WWF strongly supports catch reduction for juvenile tuna under 30kg but the real urgency is for the WCPFC and its sister body IATTC* to adopt a rigorous, long-term Pacific-wide recovery plan for Pacific Bluefin Tuna with robust harvest control rules and effective mechanisms to cut fishing effort when limits and reference points are being approached.

Japan, the United States and South Korea are the major countries fishing Pacific Bluefin, while the main, dominating consumption market is Japan.

"In case NC fails to agree on robust long-term recovery plan, which should include at least a 20% recovery target for the spawning stock biomass (SSB) size before fishing can take place, fishing Pacific Bluefin tuna should be suspended until precautionary, science-based measures are put in place, " said Yamauchi.

* A harvest control rule is the pre-agreed management action taken in response to changes in the fishery and/or changes in abundance status in relation to reference points.
The adoption of harvest control rules is a key aspect of modern fisheries management and is also a requirement of important eco-label certification programs such as the Marine Stewardship Council. 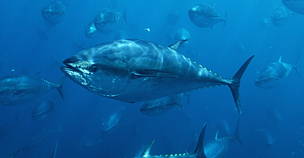 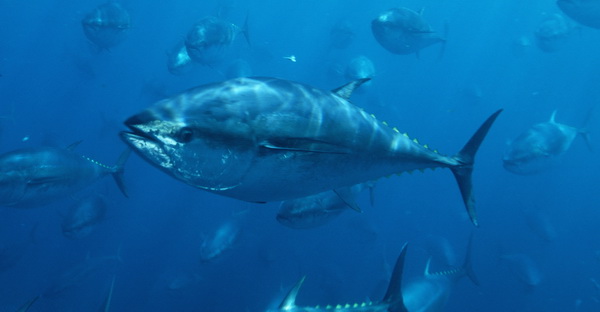