Half of world’s wild pandas to be protected | WWF

Half of world’s wild pandas to be protected

The commitment by China's Sichuan and Gansu provinces to preserve panda habitat in the Minshan Mountains has been recognized as a Gift to the Earth, WWF's highest accolade for significant conservation achievement.
Beijing, China – China has committed to protecting more than 700 giant pandas, almost half the total surviving in the wild.

The commitment by the southwestern provinces of Sichuan and Gansu to establish almost 1.6 million hectares of new protected areas in the Minshan Mountains will connect isolated panda populations, further helping to ensure the future health and survival of this iconic species.

WWF has recognized the efforts by the two provinces to preserve giant panda habitat in Minshan as a Gift to the Earth, the global conservation organization's highest accolade for significant conservation achievement.

"The Gift to the Earth recognizes the two provinces for their long-time cooperative contribution to biodiversity protection in Minshan, one of the most biologically diverse temperate forest landscapes on Earth," said WWF International Director General James Leape.

The commitment by the provincial governments involves the creation of new protected areas, improved management of existing areas, creation of linking corridors, cessation of logging, bamboo forest restoration, and co-management for panda conservation with other management agencies.

China’s third national panda survey estimates that 1,600 pandas survive in the wild, with the populations in Minshan accounting for 44.4 per cent of the total population.

The two provincial governments have committed to establish, by 2010, a further 900,000ha of protected areas for other wildlife.

“We hope that the nature reserves will expand continuously and more endangered wild species will be protected," added Leape. "We admire both provincial governments’ efforts and promise to continue supporting conservation work in this region.”

The Sichuan provincial government has also agreed to retain a logging ban until 2010 covering 840,000ha of natural forest, while Gansu has expressed its commitment to maintain the logging ban covering 430,000ha of forest.

Since the 1960s, the two provinces have together established a total of 1,592,000ha of panda habitat.

China's forestry administration has promised to conduct continuous monitoring in panda habitats in Minshan, as well as in other parts of the country where the endangered species lives.

”This commitment to panda conservation is of global importance,” said WWF China Country Representative Dermot O'Gorman. “We hope that China will continue its conservation work to create a bright future in which humans live in harmony with nature.”
END NOTES:

• The Minshan landscape is WWF’s 103rd Gift to the Earth. China’s first Gift to the Earth was awarded in 2003 following the Chinese government’s commitment to protect 14 wetland sites covering 1.95 million hectares. Other Gifts to the Earth in China include: establishing the Qinling Mountain range as a protected area network for pandas, with 12 new reserves and five ecological corridors (2003); the development, approval and implementation of the National Environmental Educational Guidelines for around 197 million Chinese school children (2004); and the designation by the Heilongjiang provincial government of 1,860,000 hectares of protected areas (2005).

• WWF has been active in China since 1980, when it was invited by the Chinese government as the first international NGO to work on the conservation of giant panda and its habitats. In 1996, WWF opened its Beijing office, the first of seven programme offices, including the Shanghai Branch Office. Today, the WWF China Programme Office has a staff of more than 70, working on several conservation issues such species, forests, freshwater, marine, climate change and education.

• Established in 1961, the World Wide for Nature (WWF) operates in more than 100 countries, working to stop the degradation of the planet's natural environment and to build a future in which humans live in harmony with nature, by: conserving the world's biological diversity; ensuring that the use of renewable natural resources is sustainable; and promoting the reduction of pollution and wasteful consumption. 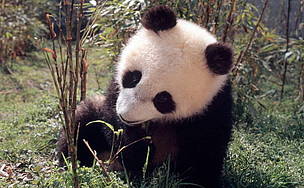 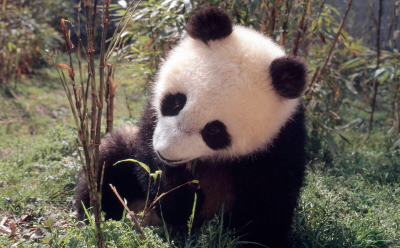