The Illegal Otter Trade in Southeast Asia, released today, revealed a high demand for juvenile live otters in the region, with over 70% of the animals offered for sale online under a year old.

A monitoring effort of only one-hour per week in Indonesia, Malaysia, Philippines and Thailand turned up a minimum of 560 advertisements in which traders offered a minimum of 734 and a maximum of 1189 otters for sale between January and April 2017.

“The fact that so many otters can be so easily acquired and offered for sale to thousands at the click of a button and subjected to little or no regulation, is a serious problem,” said Kanitha Krishnasamy Acting Regional Director for TRAFFIC in Southeast Asia.

Indonesia accounted for most of otters for sale in this study — an average of 711 of all otters observed for sale — followed by Thailand with 204.

The two countries stood out again when researchers analysed the total of 13 otter seizure records in the region between August 2015 and December 2017, involving the confiscation of 59 live otters. Coupled with the online trade figures, they found Indonesia and Thailand to be the most active source and demand countries for otters in the region.

“The online commerce of very young otter cubs for the pet trade adds a new dimension of concern. The appeal of these cute animals is undeniable, but otter cubs are difficult to hand rear and susceptible to the same diseases as cats and dogs. We hope that this report will alert the authorities and help curtail this regrettable new development,” said Nicole Duplaix, Chair of the IUCN-SSC Otter Specialist Group.

While much of the trade in Indonesia and Thailand was apparently to meet local demand, both countries were implicated in the trafficking of otters to Japan. Seizure records showed Japan as the destination for 32 live Small-clawed Otters smuggled from Thailand.

Problems with legislation in many of the countries studied was identified as a major contributor to the uncontrolled exploitation of otters for trade.

Southeast Asia is home to four species of otters—Eurasian Otter Lutra lutra, Hairy-nosed Otter Lutra sumatrana, Small-clawed Otter Aonyx cinereus and Smooth-coated Otter Lutrogale perspicillata. Not all are protected by national laws and even where they are, often without adequate regulation.

The Small-clawed Otter is especially vulnerable as it was the species most frequently encountered during the study. At least 700 individual animals were observed for sale during the online survey period.

The report urges Southeast Asian governments fully to protect all otter species from exploitation, punish online wildlife crime and work with conservation groups to pursue avenues to educate consumers and reduce the demand for otters as pets.

The study also recommends authorities investigate reports that otters are being captive bred for commercial trade, to determine if this is indeed permitted and is regulated. The authors said this would help address the large unknown as to what proportion of otters are being sourced from the wild.

The report was undertaken after a previous TRAFFIC-IUCN OSG study highlighted the paucity of information available on otter trade in Southeast Asia.

As part of the study, country information cards were also produced to provide quick and easy reference on otters for frontline enforcement officers and the conservation community. 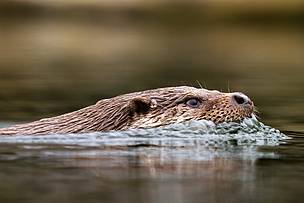 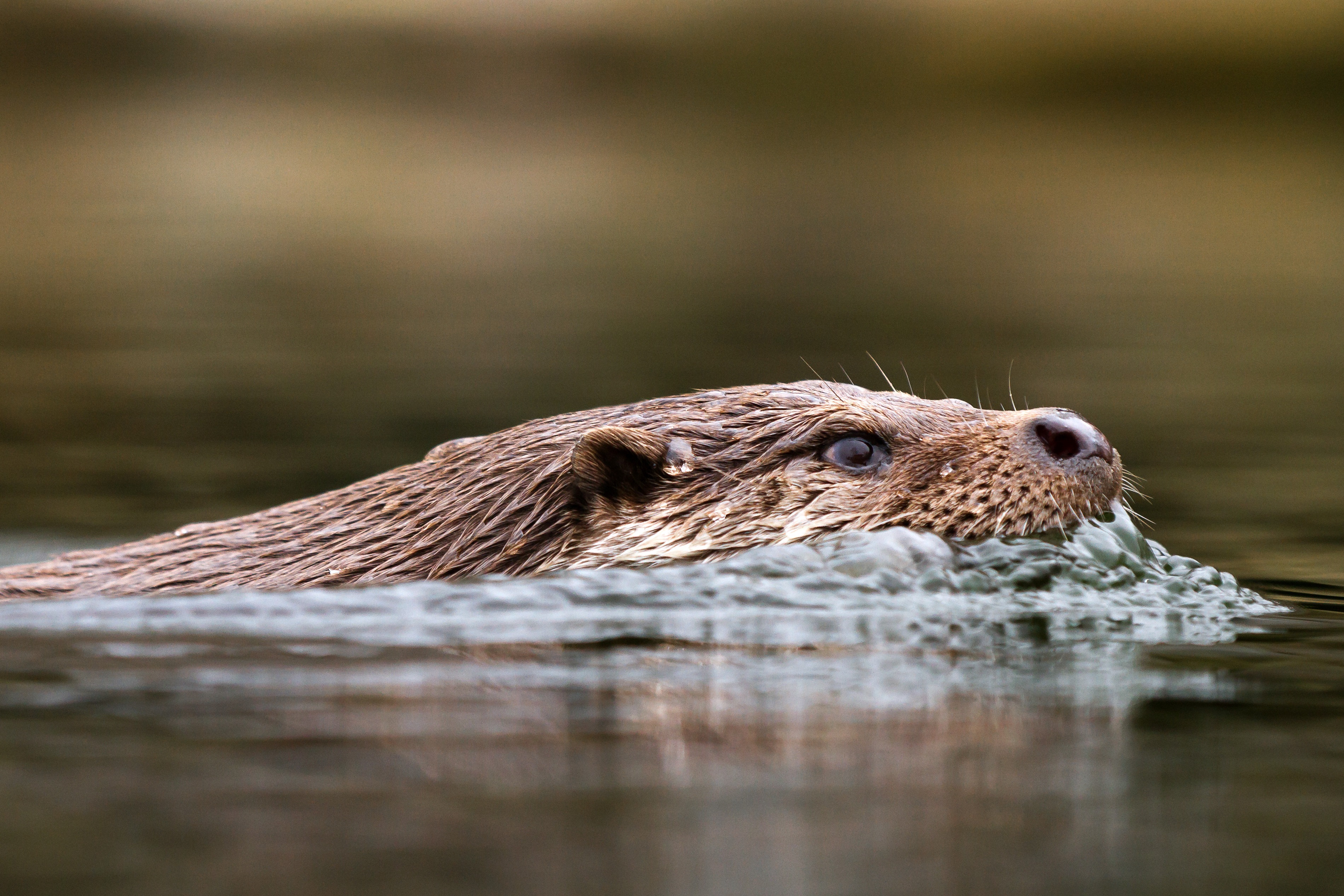 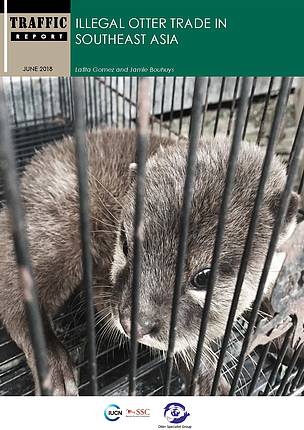 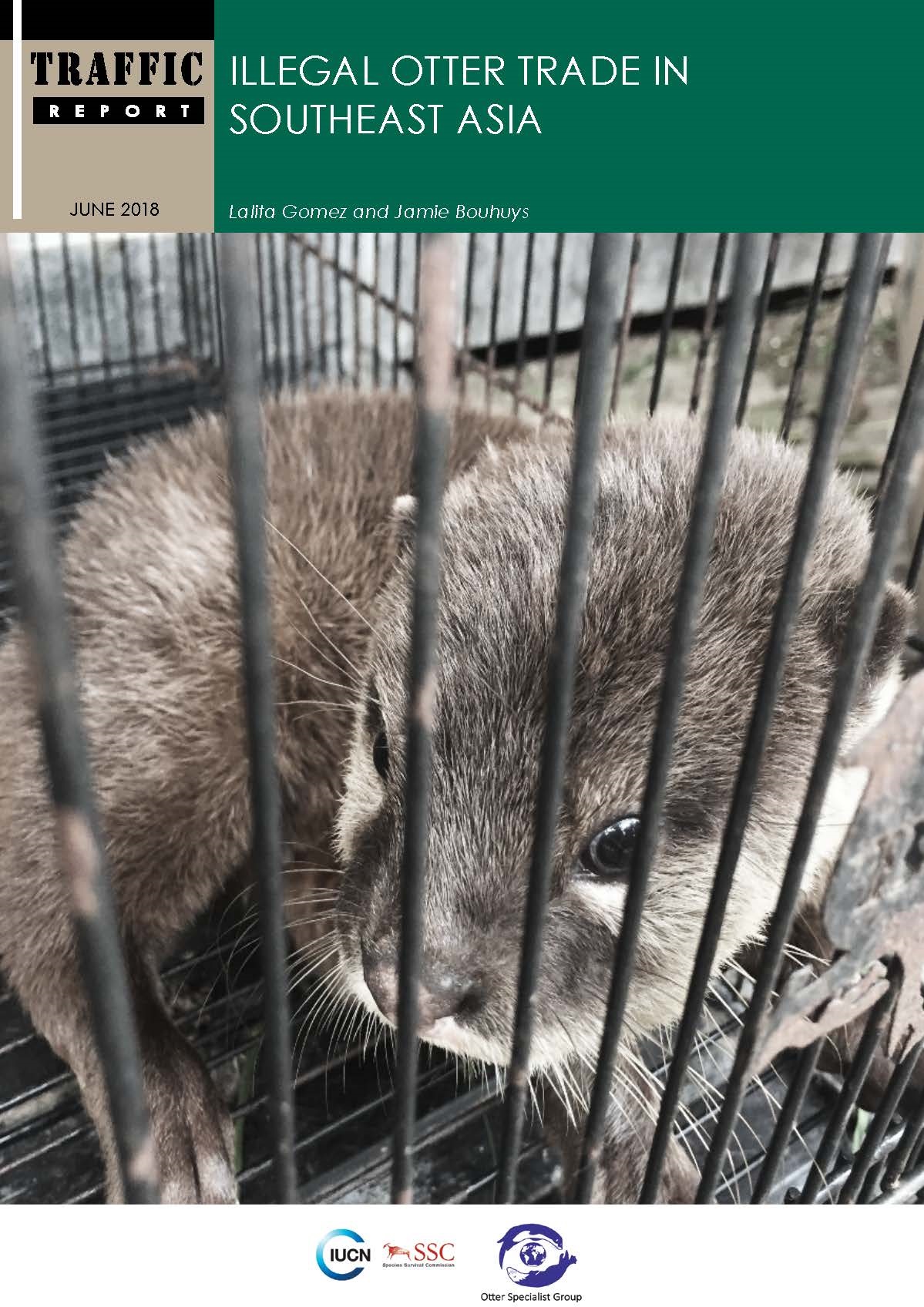 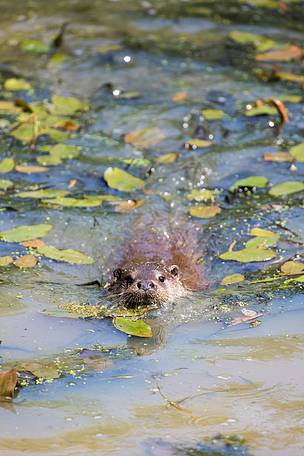 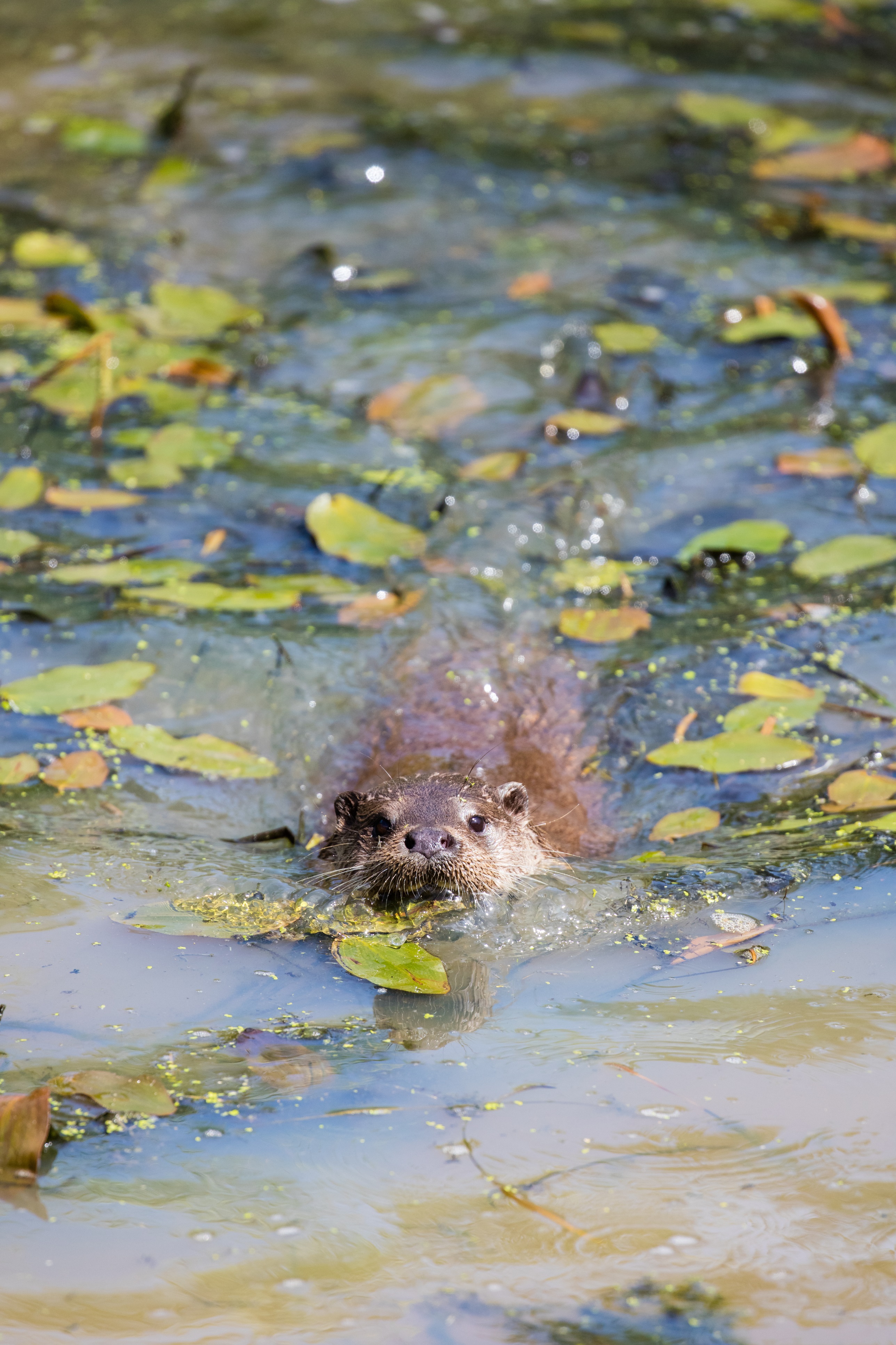 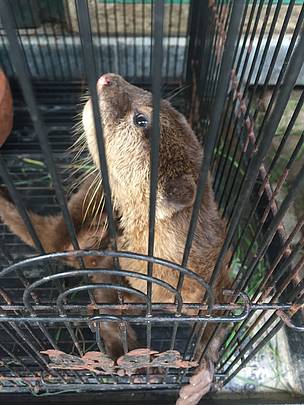 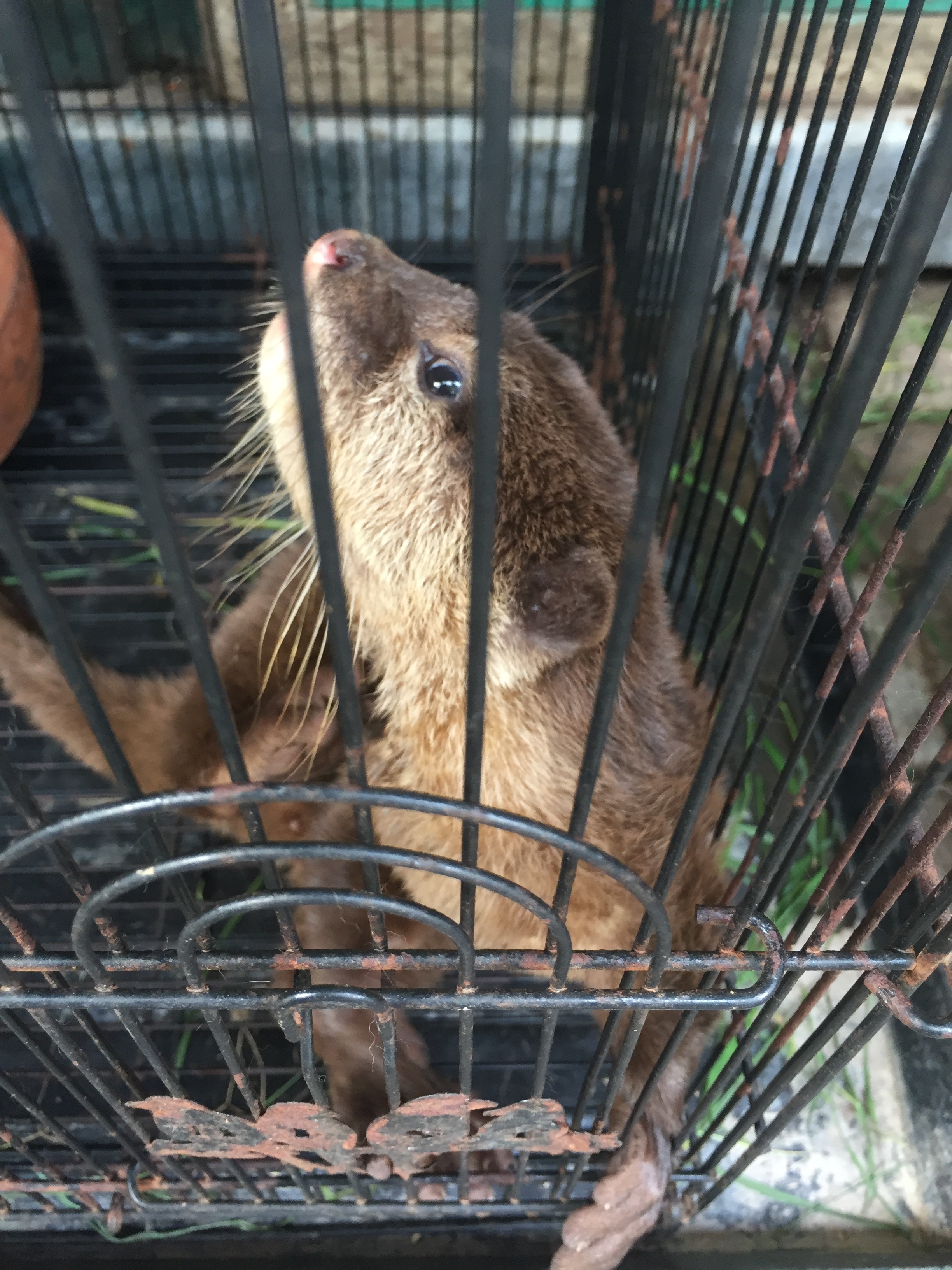 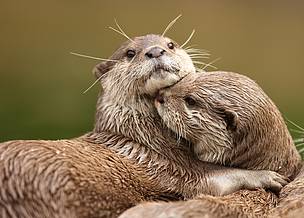 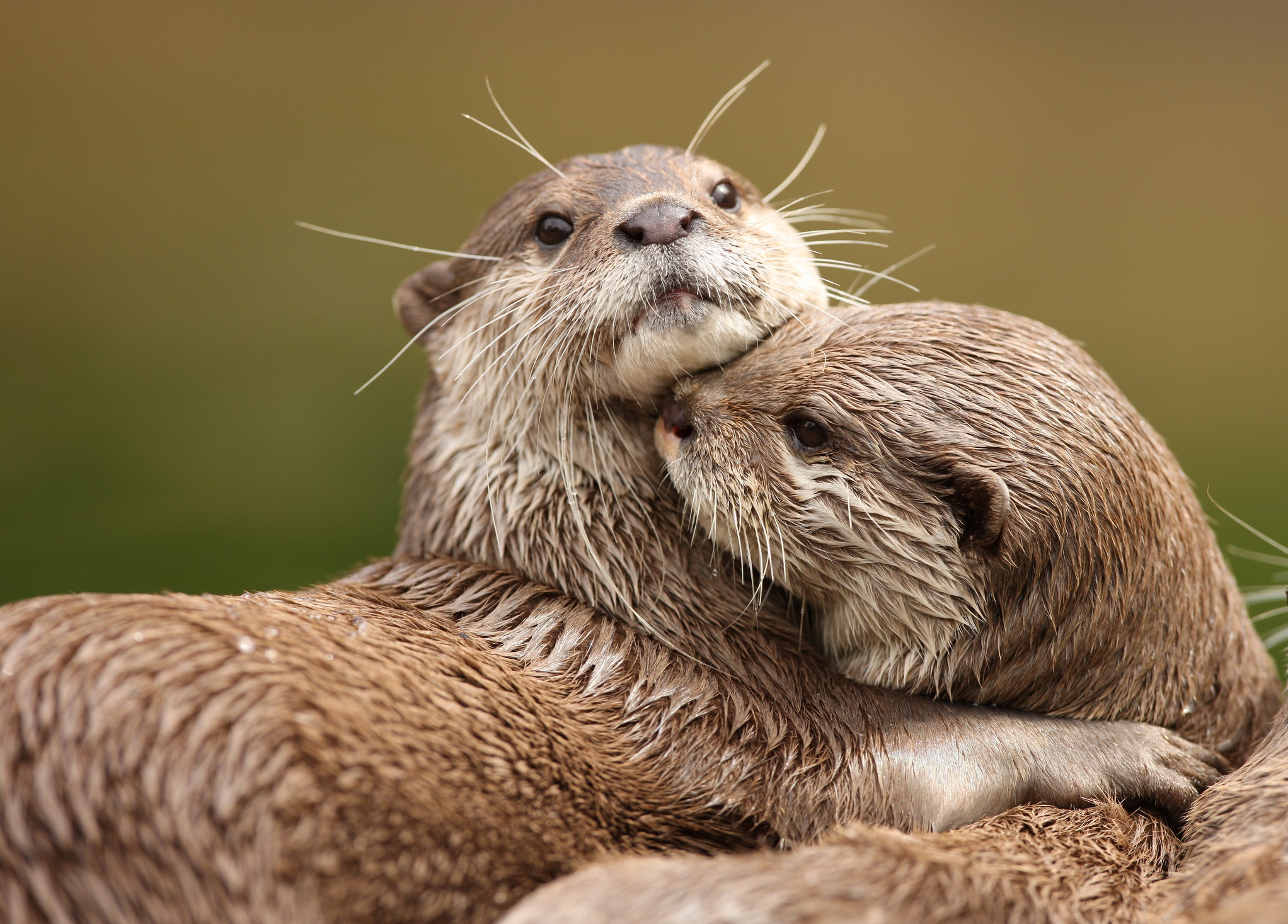 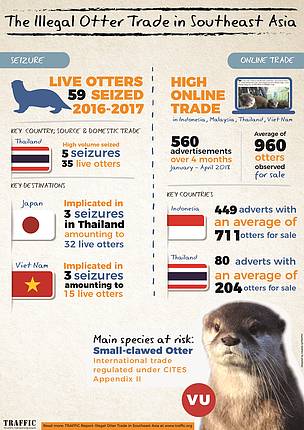 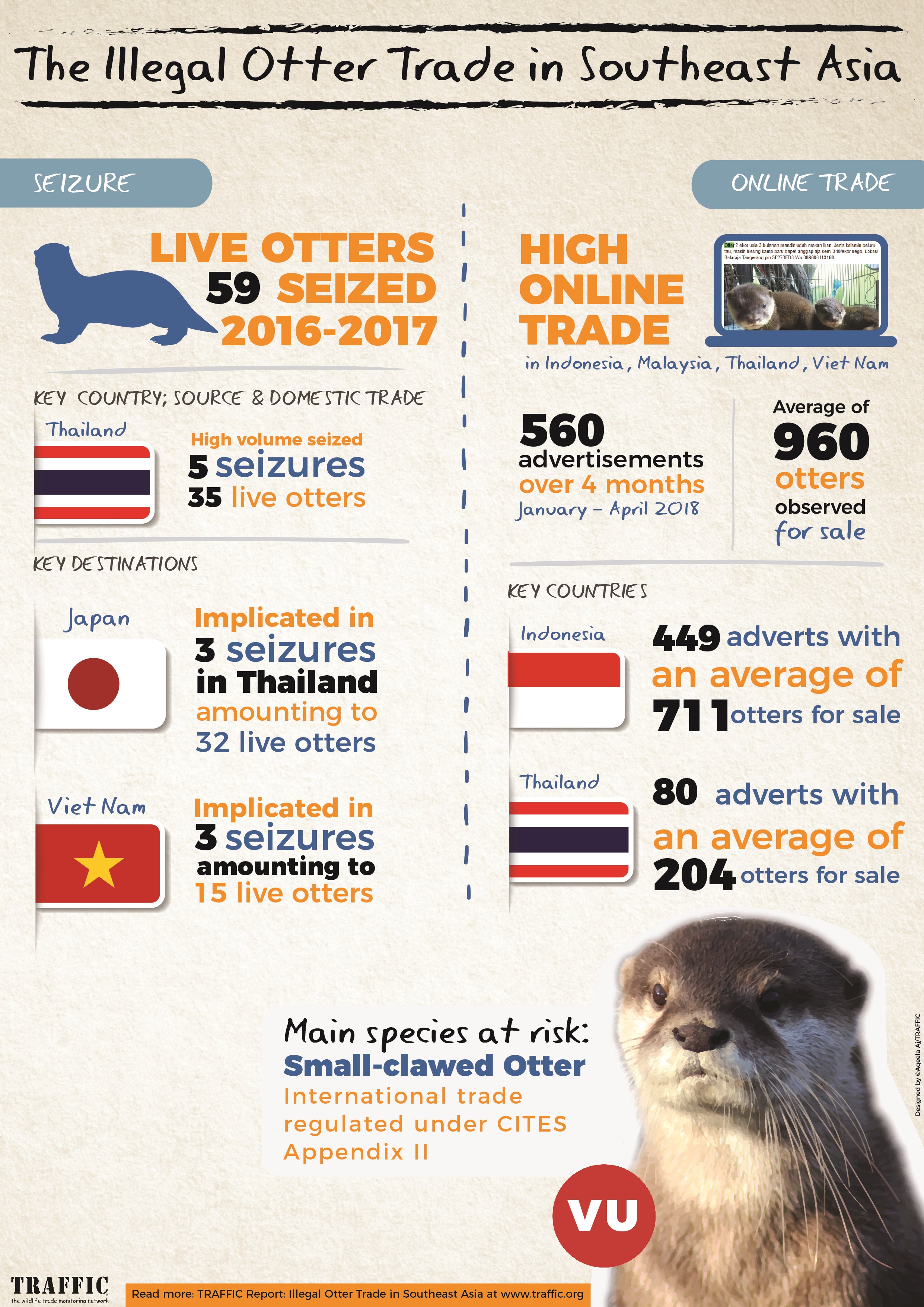