Why we need to bring the ocean to Madrid

By John Tanzer, Oceans Practice Leader, WWF International.
Madrid is even further from the sea than Santiago, the capital of Chile. But despite the lack of a sea-view from the new venue of this year’s UN climate talks, the health of world’s oceans must remain high on the agenda at COP25.

COP25 has been labelled by its original Chilean hosts as the ‘Blue COP’. The Chilean government – which retains the COP presidency, despite the last-minute decision to move the COP to Spain – has promised to highlight the close linkages between the health of the world’s oceans and our ability to both mitigate climate change and adapt to the effects of a warming world.

This is a message that must be amplified, repeated and integrated into the global response to climate change. Without concerted and heightened action, the ability of our oceans to support both marine life and  people risks becoming more severely degraded. Life on earth cannot afford more decline in the health of its ocean. 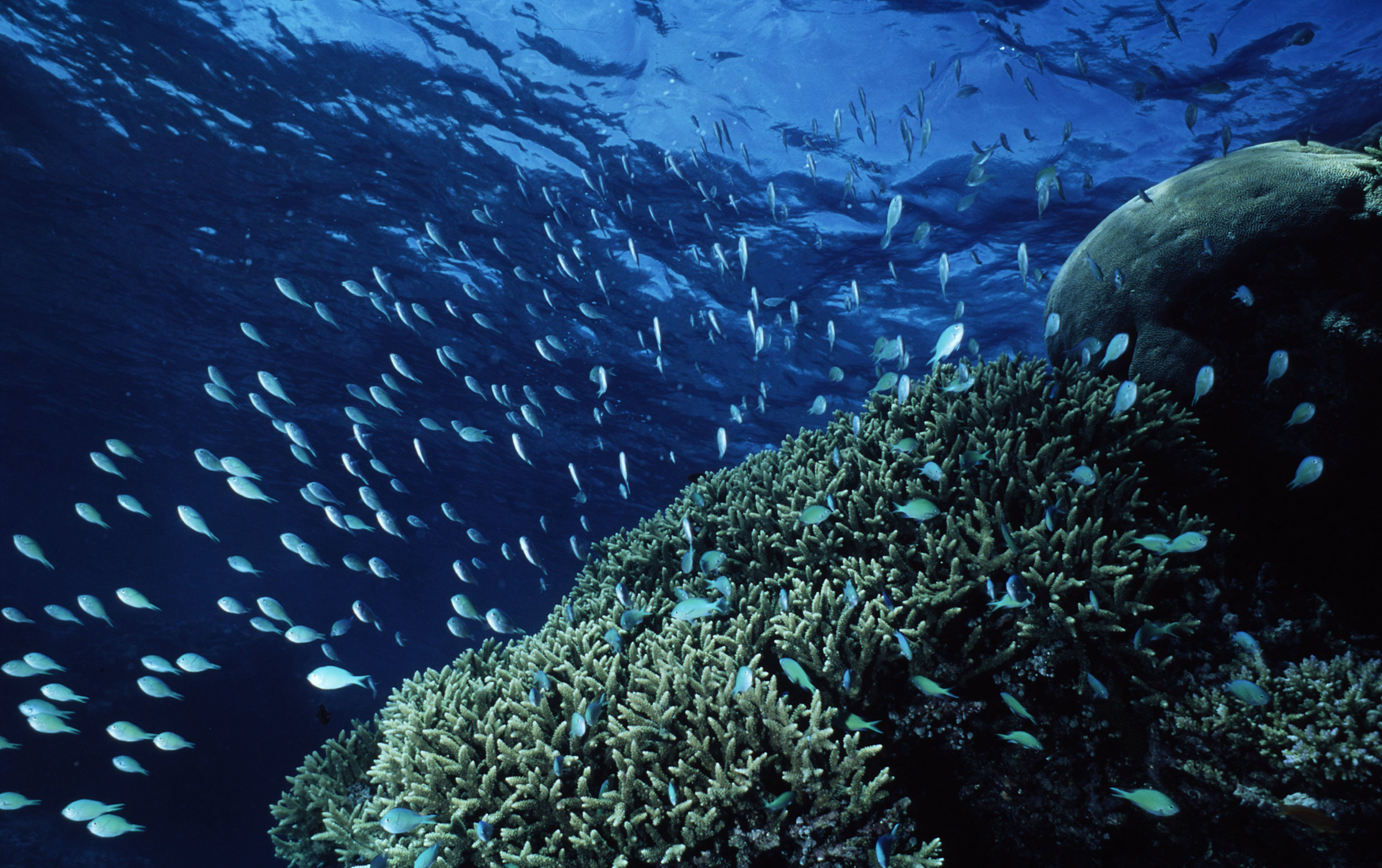 The inter-relationships between the climate emergency and declining ocean health have been clearly set out through a series of ground-breaking reports – including the IPBES' 2019 Global Assessment Report on Biodiversity and Ecosystem Services and the Intergovernmental Panel on Climate Change special report on the oceans and cryosphere and the 1.5°C report. These reports detail the impacts already being borne by marine ecosystems from rising global temperatures and ocean acidification and warned of the impacts yet to come if we fail to rein in greenhouse gas emissions. WWF will launch a synthesis of these reports at COP25 highlighting the implications for people and ecosystems and the critical urgency of the actions needed to address these.

When it comes to our oceans, we know that rising sea levels and increasingly severe storms threaten coastal ecosystems and the homes of hundreds of millions of people around the world. The changing distribution of fish populations – and the decline and even extinction of some economically important species – is set to have profound impacts on communities which rely upon them. Acidification and warming waters threaten sensitive food webs and vital coral reefs.

Coral reefs provide habitat for around a quarter of all marine species. They help support irreplaceable fisheries, as well as generate tourism revenue critical to supporting local communities. Even if we succeed in holding the global temperature rise to no more than 1.5°C, climate models project that 70-90% of coral reefs will be lost by 2100.

This underscores the importance of initiatives such as WWF’s and partners’ Coral Reef Rescue – where we are using the best available science and local knowledge to help reduce pressures and support their resilience despite escalating climate change impacts. 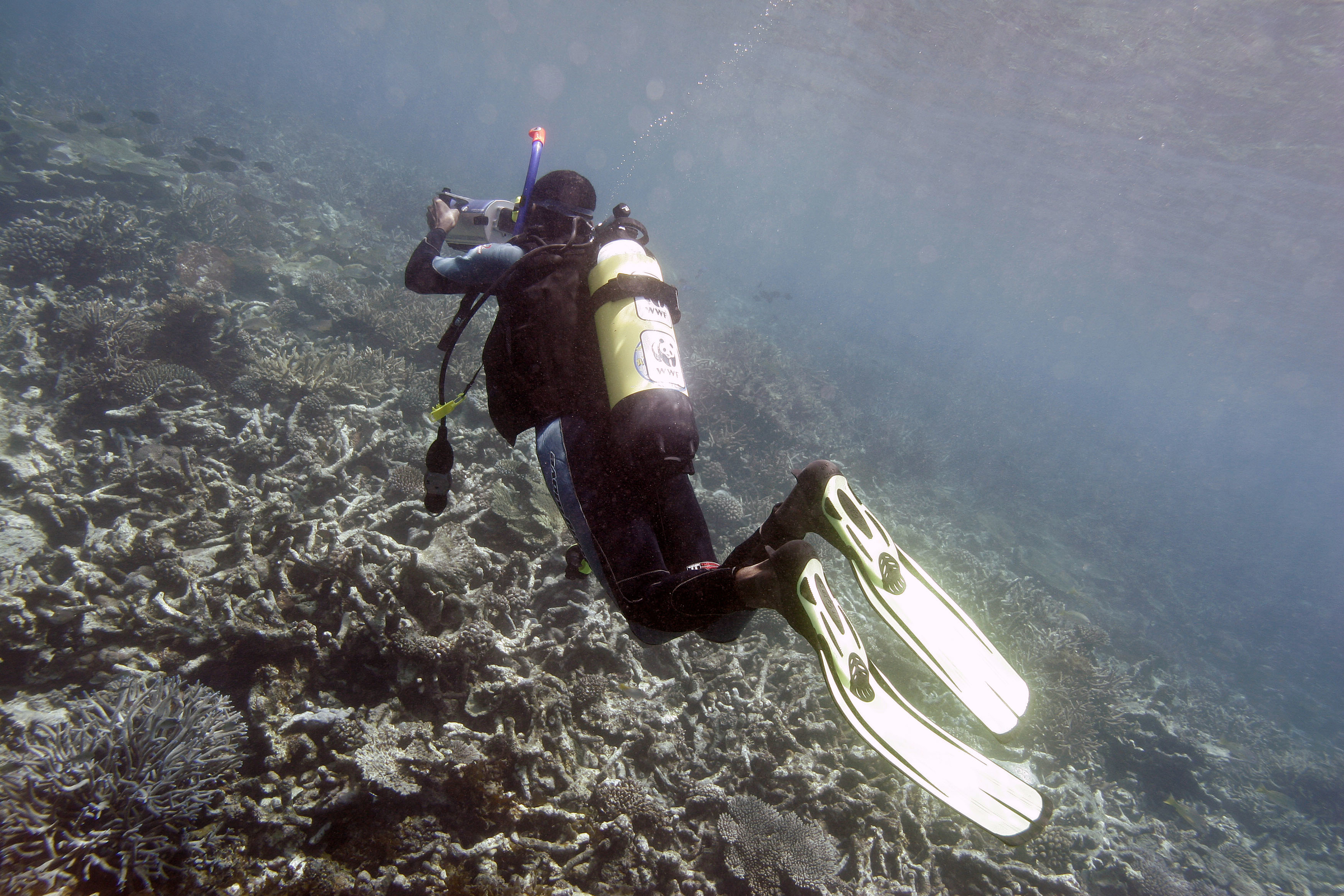 Nature-based solutions, such as investing to protect, restore and build the resilience of mangroves, wetlands and seagrass beds, can help protect against sea level rise and storm surges. Healthy coral reefs can support fisheries on which coastal communities rely. Abundant fisheries, and the hundreds of millions of tonnes of biomass they represent, can also provide an important carbon sink.

For too long, the international response to climate change and growing action to protect and restore the ocean have not been integrated enough.  As Chile’s ‘Blue COP’ ambition demonstrates, as does the support from leading ocean and climate champions including Fiji, Sweden, Costa Rica, Indonesia and others, this is changing, and ocean action and climate action are coming much closer.  What does this mean in practice?

First, the role of oceans in both climate mitigation and adaptation should be better reflected in the Nationally Determined Contributions that governments are in the process of updating as part of the Paris Agreement process. This revision provides an important opportunity for governments to make the links between the protection of oceans and coastal ecosystems – such as through the creation or expansion of marine protected areas – and their climate change plans.

Second, we welcome the efforts to explore how a formal acknowledgement of ocean protection within the international negotiations might help advance ocean and climate action, including the recognition of the role of oceans in climate adaptation and mitigation. This should be a fundamental part of the 2020 ‘super-year’ that will see post 2020 biodiversity objectives agreed at the Convention of Biodiversity summit in Beijing, next year’s UN climate talks in Glasgow, and renewed commitments on action to achieve the Sustainable Development Goals.

Ocean restoration is an important component of the New Deal for Nature and People that we are advocating for – a New Deal that places us on the path to stabilizing climate and restoring nature within a decade while focusing on the needs of the world’s most vulnerable people. Such a New Deal would join the dots between climate, biodiversity and human societies, and would recognise the vital importance of the world’s oceans to all three.

Ocean life and coastal communities on the frontline cannot wait – let’s make Madrid the first of many Blue COPs.