Lund - where sustainability is a bike ride away

Lund is a small university town only a short commute from two big cities. Only a third of all trips are made by car in Lund, which is quite an achievement in a country where inhabitants in general are increasing their car miles. Here we meet Linda, a true role model among her peers in Sweden, to ask her how this was achieved. 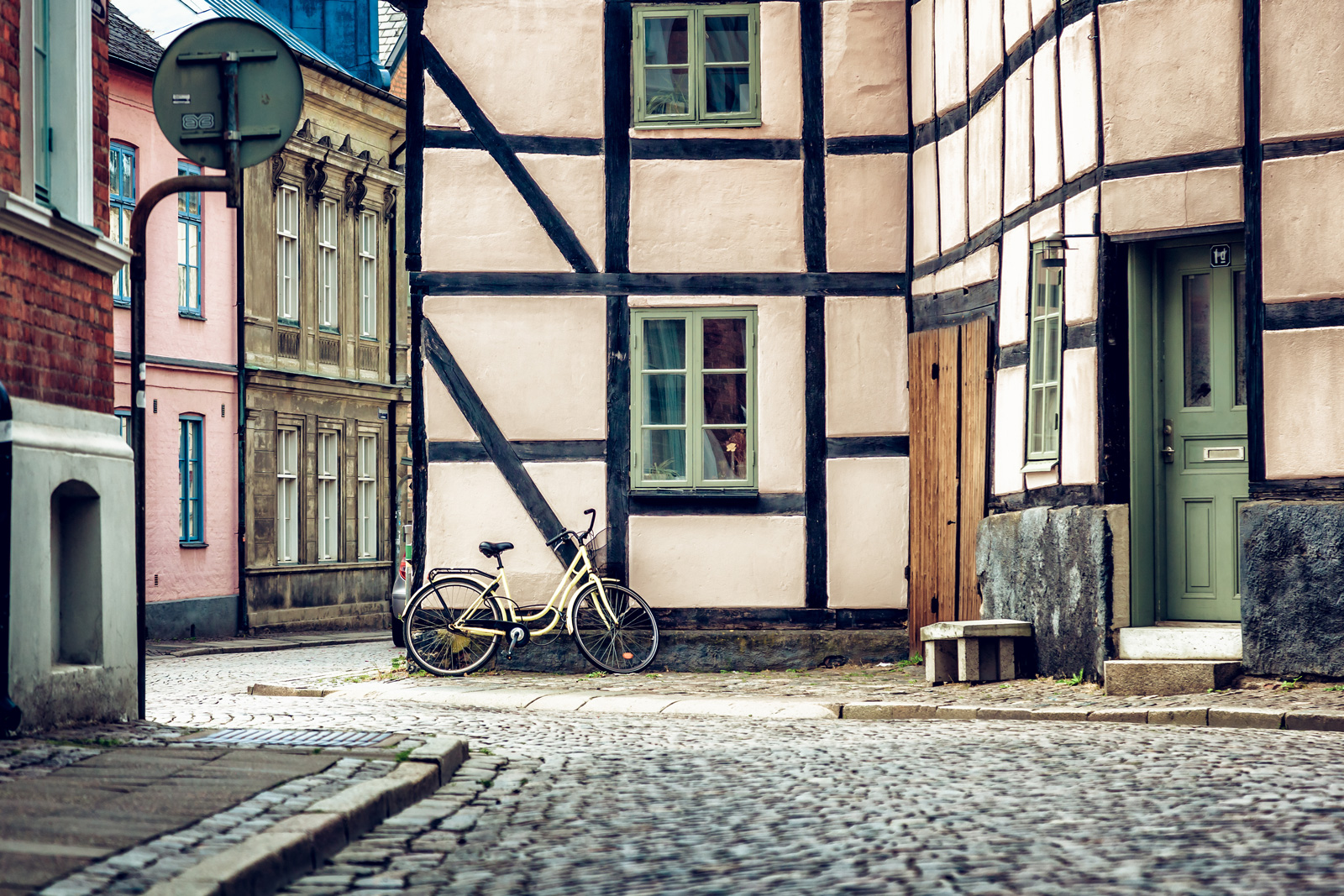 On a chilly Tuesday morning, I leave my student dorm and walk to the heart of the ancient town of Lund. In a typical cozy café near the Cathedral is where I will be meeting Linda Birkedal. I cross the nearly empty road, enter the café and smell the aroma of coffee.

Linda Birkedal has worked as an environmental strategist at Lund municipality for 16 years. Sweden has the commendable goal of achieving a fossil-free vehicle fleet by 2030, but last year the transport sector’s emissions actually increased, as Swedes began to travel more and more by car. The increased car miles counteracted the emission reductions that were achieved by more biofuels. So, I’m curious to find out why the residents of Lund are making the vast majority of their trips by bike, foot or public transport (74%).

The sustainable transition in Lund didn’t happen by chance, Linda tells me, and the master plan is called LundaMaTs. Although hardly a sexy name, it seems to be doing its job. In short, the plan aims to enable sustainable mobility and increase quality of life by altering infrastructure and urban planning.
According to Linda, if sustainable behavior is built in by design through an attractive network of buses, bike paths, parks, urban greenery and street lighting, a positive feedback loop is created.
– Linda Birkedal: “An attractive city encourages more biking and walking, and more biking and walking make the city more attractive… and this becomes a positive loop.” -


Bottom up from an active community

The change, however, has not only come from the top; Lund’s engaged and demanding citizens are another bottom-up driver for sustainable mobility, backing up the municipality’s efforts. They never settle, and always ask for more, as in more and better bike lanes, more bus routes, etc., Linda tells me. Active NGOs, such as Lund Society for Nature Conservation, contribute not only by producing inventories of bike paths and maps, but also by challenging people’s mindsets and offering workshops on such things as how to pack for family bike vacations. In Lund you can also find so-called “bike-kitchens,” which provide residents with the space and tools to repair their bikes, creating the right biking buzz.

That buzz has in fact created a national record: this is the community with most bikes per capita in Sweden. Over the past 20 years there’s been a massive shift and bike trips have increased by 30%. In 2017, the diligent residents of Lund biked a total of 186,000 km a day! A city that can convince its inhabitants to travel by bike instead of car is on the fast track to lowering carbon emissions, not to mention the positive impacts on public health.

Even though Lund’s main strength is its dynamic community of students, which moves within the city from lecture to lecture, many residents also commute to the nearby cities of Malmö and Copenhagen. It would be easy for the majority to commute by car, but many choose to go by train or bus. In Lund, the total number of bus trips increased by 13% between 2014 and 2015, totaling over 10 million trips.

The increase was mainly due to investments in more frequent bus services. When people see buses passing smoothly and frequently, they’re more apt to leave their car in its parking space.

As Lund thrives in the shift from car to bus and bike, it is left with a more peaceful and livable town in the process, and it also leaves one to wonder why we ended up with such a “modern” car-dominated, unsustainable and unhealthy infrastructure in the first place? Linda has some ideas. “Historically, we had a lot of men working with urban planning, and men were also the ones driving the cars. Women were not involved in the decision-making process as much as they are today. This may be one of the reasons.” But those times have changed with Linda at the helm.
In this story we’ve focused on one person working to affect change in local government, recognizing that she is part of a larger organization and a larger community. There are many superheroes like Linda out there in the cities of this world, and we need to elevate their visibility and status. This is one contribution to that end.

Lund was one of the finalists in the One Planet City Challenge in Sweden in 2018.
WWF’s One Planet City Challenge is the largest and longest running of its kind. From 2019, participating cities will be evaluated against their alignment with the goal of 1.5°C of maximum global warming. Cities will further be guided to big win impact reductions. Want your city to sign up? Read more here: panda.org/opcc