The sun has powered the California Dream, and kept the state pleasantly warm. Until now. The temperature is rising, and climate change is predicted to cause considerable damage in the state. One way California aims to mitigate the effects is by putting solar panels on all roofs. But in this leading region, there is one municipality that likes to surf on the edge - Santa Monica passed this code already in 2016 and now the city is ready to share some lessons with the rest of the world. 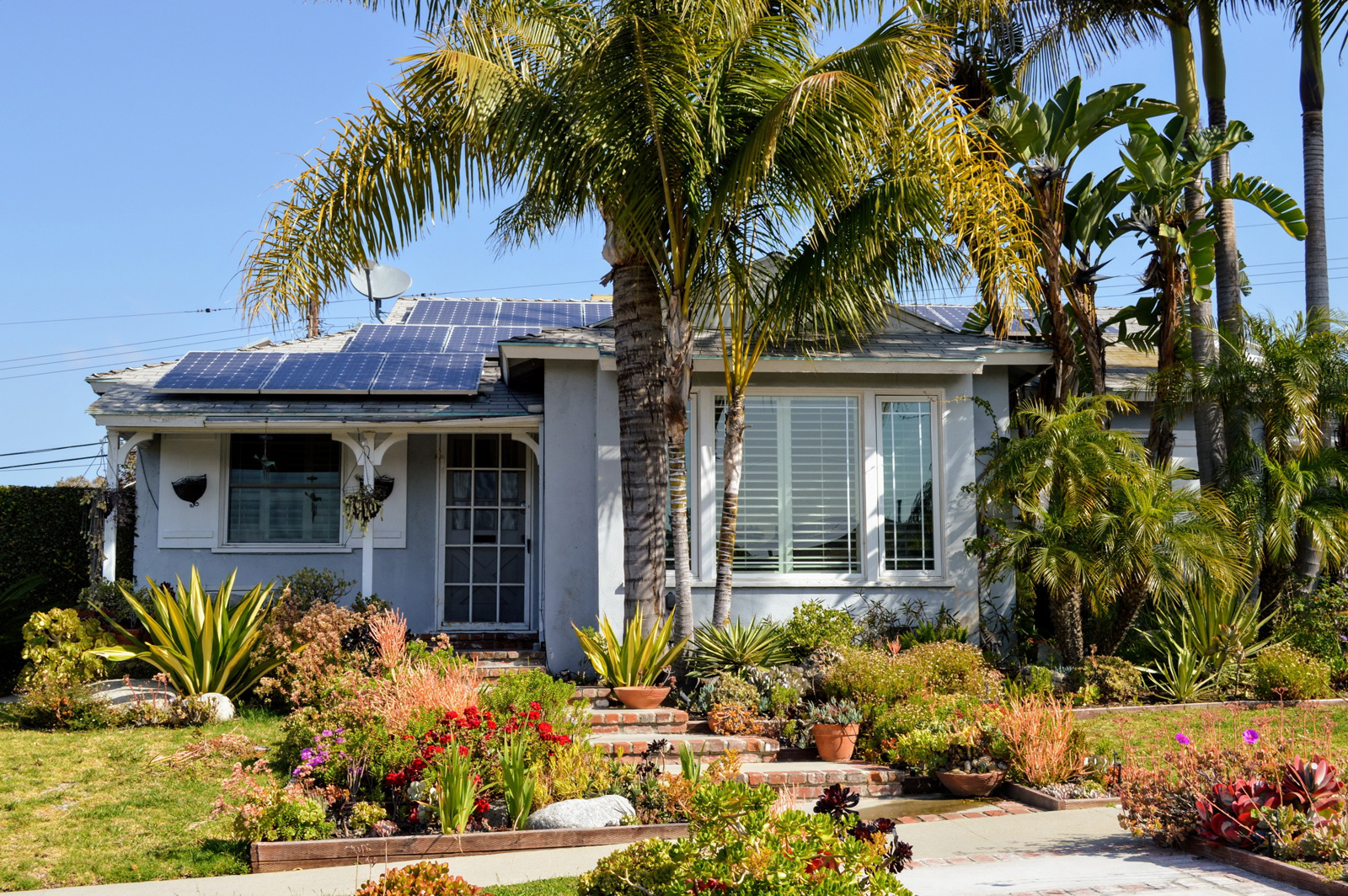 Is the California Dream coming to an end?

In the collective imagination, California stands for a relaxed and affluent beach life. A place where people catch the waves and enjoy the sunny weather. It’s an image portrayed in countless films, TV shows and songs. But today, California is also suffering the onset of climate change. The temperature has already increased by 1.6°C from pre-industrial levels, which has led to more extreme weather events. The number of large wildfires in the western US has risen by almost 80% over the past forty years and California has experienced severe drought conditions since 2011. And it’s getting even warmer. According to a recent report, California could see a further 77% increase in the area burned by wildfires by the year 2100, if global carbon emissions are not reduced.

Heavy precipitation, flooding, erosion of the famous coastline, rising sea levels and urban heat islands are other damaging effects that are forecast to increase. Because of these threats, the state government is now stipulating that climate change adaptation must be integrated into all broader policy plans. To do all it can to prevent the California Dream from turning into a nightmare, the state is also prepared to take on climate leadership by reducing emissions.

California’s commitment to lead the fight against climate change is something we should all be grateful for. California is the world’s fifth largest economy, and a well-known entrepreneurial region. So innovation, commercialization and related scale effects can all occur here and then ripple out to the rest of us.

Shifting from fossil fuels to renewables will be a huge task throughout the world, and California has already begun to confront this problem by cutting emissions to below 1990 levels and has voted to shift to 100% clean energy by 2045. Buildings are another problem and can cause as much as half of the emissions in any city. In response, California has pledged to make all its buildings zero carbon by 2050.

In this leading region, there is one municipality that likes to surf on the edge. Santa Monica, situated right on the beach west of Los Angeles, was the first city to pass a Zero Net Energy Code for residential construction, aiming for an ambitious goal: that all new residential homes should use only as much energy as they can produce themselves.

“We are fortunate, as we don’t have to explain the why to our residents. They are already convinced. It is just a matter of how…”
- Garrett T. Wong, Sustainability Officer of Santa Monica.


Solar panels on all roofs

Solar panels on all new roofs will be mandatory statewide in California by 2020, but Santa Monica passed this code as early as 2016. Now the city is ready to share some lessons with the rest of the world. For instance, a south-west solar exposure allows rooftops to make the most of solar energy. Now this feature is about to be integrated into the updated building code.

Solar panels also alter the pricing of energy, making it cheapest during the day when the panels are producing. So residents aiming for the best return on their investment will need to add battery storage to their homes, or at least put a timer on dishwashers and washing machines to they can operate during peak production hours. Such small lifestyle changes, however, matter little to Santa Monicans, who are eager to lead the climate transition. Here the climate transition is not an if, but a how.

But are the citizens of California ready for the next big leap? Long fossil-fueled commutes are a major emissions source in California, so what would happen if a house could produce enough energy to charge an electric car? The technology exists and is commercially viable, but usage is still far from mainstream. Mobility freedom and clean energy independency – these are California dreams worth dreaming.

Main features of a zero-energy home:
Passive heating and cooling,  where insulation and ventilation reduce the need for power for climate control.
The smart use of daylight reduces the need for artifical lighting.
High performance glazing, means smart windows help regulate a comfortable indoor temperature.
Solar panels on the roof can be purchased or leased.
“Cool rooftops” are painted in a color that reflects the sun and keeps the entire building cooler.

More about Santa Monica’s future projects and objectives: Southern California currently imports the majority of water from Northern California and the Colorado river. Santa Monica produces the majority of its own water – over 70% – but the target is to be 100% self sufficient by 2020. This can be achieved by a combination of demand management and smart usage through recycling, urban run-off collection and groundwater treatment. Could this happen where you live?
The potential for renewables greatly exceeds all the energy that is used by all economies on earth. And solar energy has already become as cheap as, or even cheaper than, fossil fuels in many countries. Don’t let your city miss out on a clean energy future.

WWF's One Planet City Challenge (OPCC) assesses the gap between your city's current emissions and the safe range (limiting global warming to 1.5 °C). We also advice on high impact reduction actions. In the end, we select national OPCC winners and a global winner. If you want your city to join send them to panda.org/opcc or opcc@wwf..se