The Mediterranean at risk of becoming ‘a sea of plastic’

“The impacts of plastic pollution in the Mediterranean are also being felt across the world and are causing serious harm both to nature and human health. Worsening plastic pollution will threaten the Mediterranean’s global reputation for tourism and seafood, undermining the local communities who depend on these sectors for their livelihoods. The plastics problem is also a symptom of the overall decline in the health of the Mediterranean and must serve as a rallying call for real action.” said John Tanzer, Leader, Oceans, WWF International. 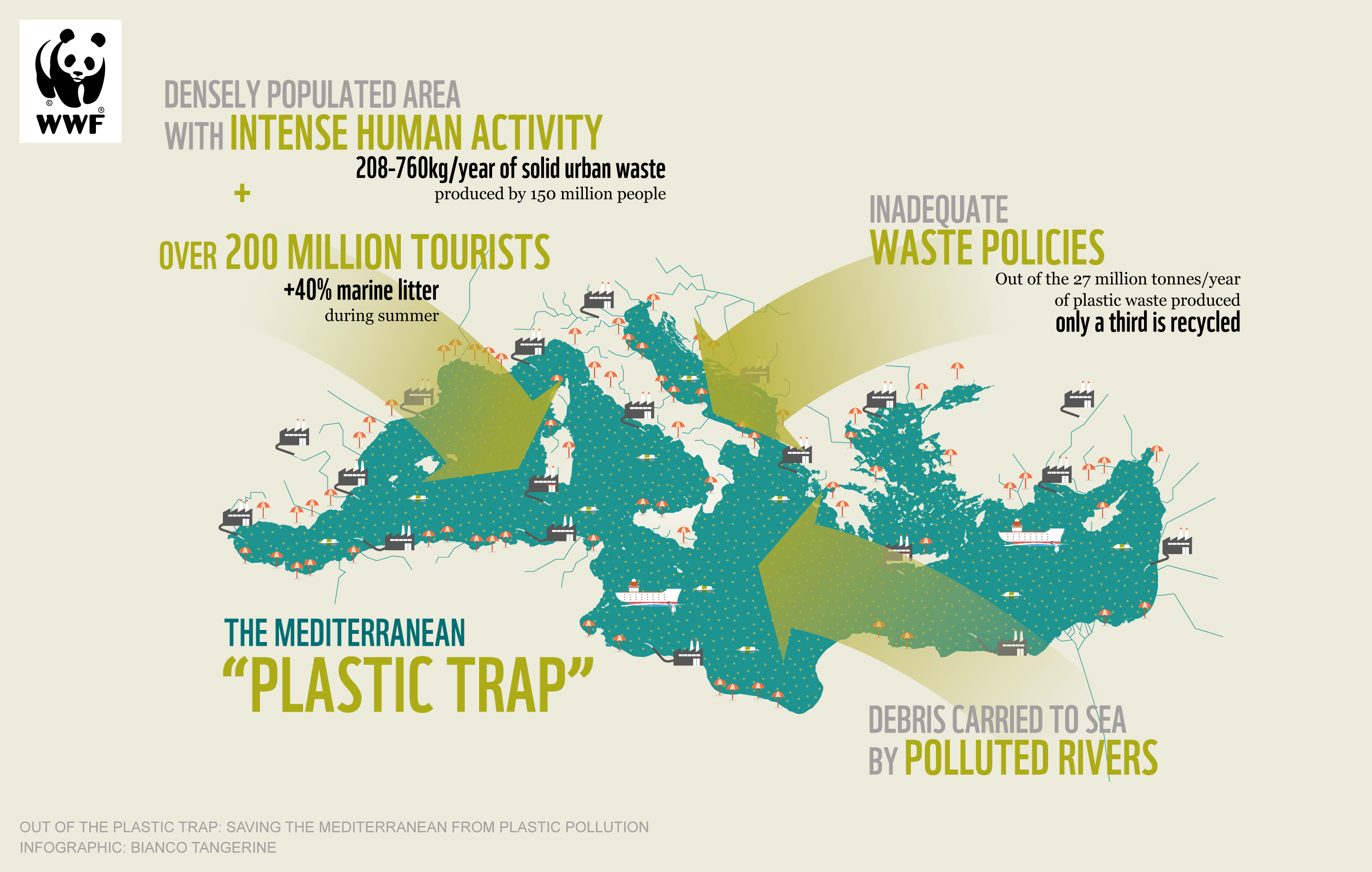 Today, plastic represents 95 per cent of the waste floating in the Mediterranean and lying on its beaches. Most of this plastic is released into the sea by Turkey and Spain, followed by Italy, Egypt and France, with tourists visiting the region increasing marine litter by 40 per cent each summer.

“In Europe, we produce an enormous amount of plastic waste, the majority of which is sent to landfills, resulting in millions of tonnes of plastic entering the Mediterranean Sea each year. This contaminating flow, combined with the Mediterranean being semi-enclosed, has seen harmful microplastics reach record concentration levels, threatening both marine species and human health,” said Giuseppe Di Carlo, Director, WWF’s Mediterranean Marine Initiative.

“We cannot let the Mediterranean drown in plastic. We need to act urgently and across the whole supply chain to save our ocean from the pervasive presence of plastics.”
According to the report, delays and gaps in plastic waste management in most Mediterranean countries are among the root causes of plastic pollution. Out of the 27 million tonnes of plastic waste produced each year in Europe [1], only a third is recycled; half of all plastic waste in Italy, France and Spain ends up in landfills. Recycled plastics currently account for only 6 per cent of plastics demand in Europe.