OPINION PIECE: The Myth of Bats Debunked: What to do if you find bats around your home?


Last month, I went to assess a situation in Arabian Ranches in Dubai where worrisome tenants reported having a colony of bats in their roost (a resting place for winged animals). They were alarmed to see bats flying around in numbers at dusk. They also complained about the noise levels coming from the roof and droppings falling in their outdoor seating area. The family desperately wanted to get rid of the bats, but only by using a method that would not kill them. They contacted multiple companies, but to their dismay, they were provided with unreliable and inefficient methods like using electrified wires to frighten the bats or worse kill them. When I went to assess the situation, I was amazed to see a colony of approximately one hundred bats, a kind called Kuhl Pipistrelle (Pipistrellus kuhlii). I reassured the tenant and his family that these bats, which are widespread elsewhere in the globe, are harmless. As a field biologist with a permit to capture bats, I surmised that the best approach to proceed with this situation was to reorient the bats to another roost.

Myth has it, bats can attack you, suck your blood or attach themselves to your hairs. But those are just myths, in reality they are harmless and will try to avoid you. Should they fly close to you at night, it would be most likely to catch an insect nearby. True vampires, hematophagous, only live in South America or in the cartoons and movies we watch. Bats won’t come suck your blood, in fact they will help you peacefully get rid of mosquitoes or other unwanted insects. They play a crucial role in our ecosystem that is important to understand before we take action in managing them 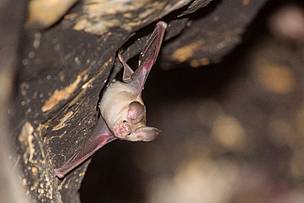 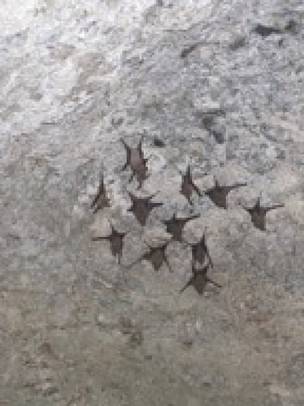 Bats are a captivating widespread species, with very sophisticated and diverse ecological adaptations. We should consider bats as our allies to keep a healthy environment, as more bats in a region indicate healthier habitats. Not only do bats pollinate our crops but they also contribute to insect regulation; each individual can eat dozens if not hundreds of insects per night, and can essentially make a substantial difference in pest control (like managing mosquitoes, or invasive moths…).

In the UAE alone, there are nine species of bats that have been recorded up to date, but this group has been scarcely studied, and it is likely that other species are present. Bats populations have presumably suffered due to a decrease in their food supply, although this has not yet been studied or recorded. As part of EWS-WWF terrestrial conservation program, the team is building on the research gap by conducting surveys to better understand the current population status of the bats locally thanks to a generous grant from the Sheikh Mohammed bin Zayed Fund. 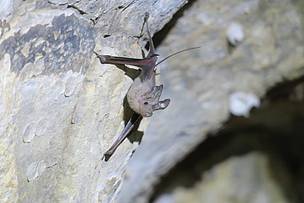 My advice to you if you find bats in nearby, do not worry, they will not harm you. Just let them be and enjoy their presence. At worst, they will make a bit of noise at night, or smear the soil with droppings, but their advantages outweigh the negatives. Should you really want to get rid of them, do not kill them, as they are protected by law. Bats generally change their roost between the breeding season (March to July) and the rest of the year. If they select your home to breed, they will probably move away by voluntarily later in the season (August-September)

In a general context of a major biodiversity crisis, we are currently losing wildlife populations and species at an unprecedented rate, leading a growing number of scientists to believe that we are entering the 6th major extinction event on earth. That said, it is imperative we help protect species, should it be a bee or a bat in your garden. All have their place and role to play on our Earth.

If you are aware of any bats colony or large aggregations, or really want to get rid of your bats, as a last solution, please contact EWS-WWF and we will provide you with advice on how to deal with the situation.