Once considered one of the world’s most polluted cities, Mexico City’s ambitious but realistic climate adaptation goals and actions enabled the city to bring home the title Global Winner of WWF’s One Planet City Challenge in 2020. 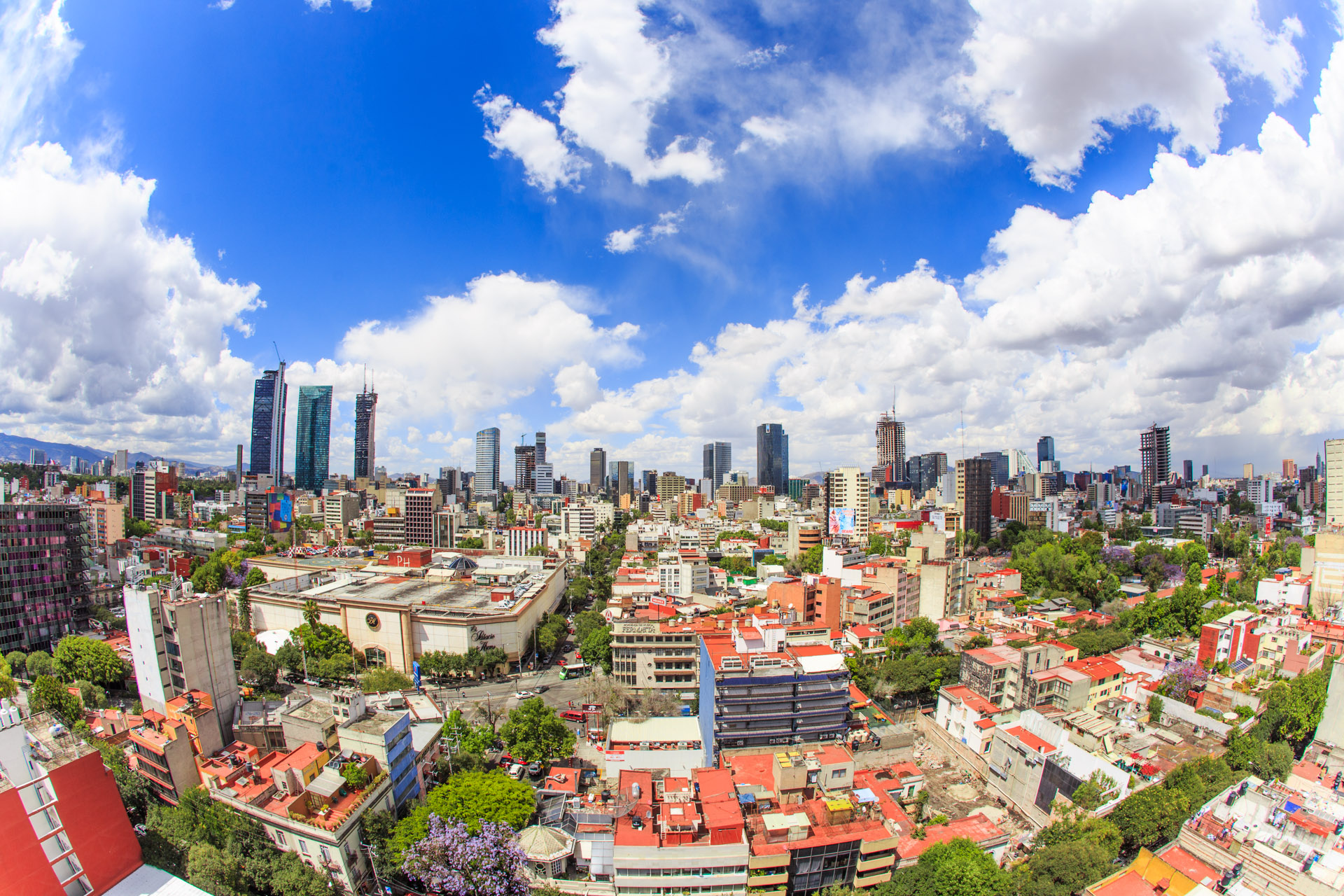 Once a capital of the Aztec empire called Tenochtitlán, the area now occupied by Mexico City has been inhabited for centuries. After the 16th century Spanish conquest, Mexico City became the capital of New Spain. Now it is the most populous city in North America with over 22 million people* in its greater metropolitan area. Mexico City stretches across 1,485 square kilometers and has the globe’s 15th largest GDP.
Challenges of growth are inevitable in a metropolis of this size. The city is surrounded by mountains and is a large valley located on the high altitude site once covered by the waters of Lake Texcoco. It’s geography historically has made it subject to flooding and wastewater management issues as well as freshwater supply challenges.
Yet adaptation to change has always been a hallmark of Mexico City. The city developed a climate change plan aligned with the Paris Agreement and the goal of keeping temperature rise to below 1.5°C. By 2050 Mexico City expects to decarbonize, with an interim goal by 2025 of reducing carbon emissions by 31.4 million tonnes.[1]
The climate plan includes seven strategic areas: society and population, ecosystems, energy, as well as emissions, productive systems, the private sector, and mobility.
In 2018, Mexico’s president Andrés Manuel López Obrador cancelled plans for a giant international airport project and instead embarked upon building one of the world’s largest eco-parks, the Parque Ecológico Lago de Texcoco. Parque Ecológico will be situated where the original lake system that fed the city’s early water needs is located.
The goal with the Parque Ecológico is to rejuvenate drained lakes and restore swaths of Texcoco’s wetlands while creating recreational spaces, an urban forest, and green infrastructure in one of the city’s last undeveloped areas. Over 10 miles wide and covering 30,000 acres (12,000 hectares), the park grounds will include an urban forest to capture carbon and mitigate air pollution.
Also to mitigate emissions, Mexico City has developed an extensive public transport system including the use of electric buses and a network of bike lanes. Regulation of diesel engines and a new system to improve efficiency of street lighting, wells, and pumping plants will also help reduce carbon emissions.
In addition, Mexico City has pushed forward initiatives such as a ban of single-use plastic that went into effect in January 2021, which will help reduce the seven million tons of plastic the city accumulates annually.[2]

To fulfill citizen needs, over time Mexico City has overtaxed aquifers, leading to areas of the city sinking as much as 30 centimeters annually, while up to 30% of residents lack access to sufficient water supplies. The city’s abundant, six-month rainy season was a natural plus for planning a sustainable water supply, and via the Cosecha de lluvia (Rainwater harvest) program the city is installing rooftop water collection and purifying systems. In 2021 over 500 neighborhoods will be eligible for the program of either free or subsidized collection systems - over 20,000 homes have benefitted in the program’s two-year history.[3]Leak repair and grey-water usage are additional strategies the city is pursuing.

An increase in temperatures brings risk of lowered rainfall and greater water scarcity to the greater Mexico City region. In addition, the city faces a large stumbling block due to the country’s state-owned oil and electricity companies, a dependence on fossil fuels, and unwillingness by current leadership to hasten the shift to renewable energy sources.