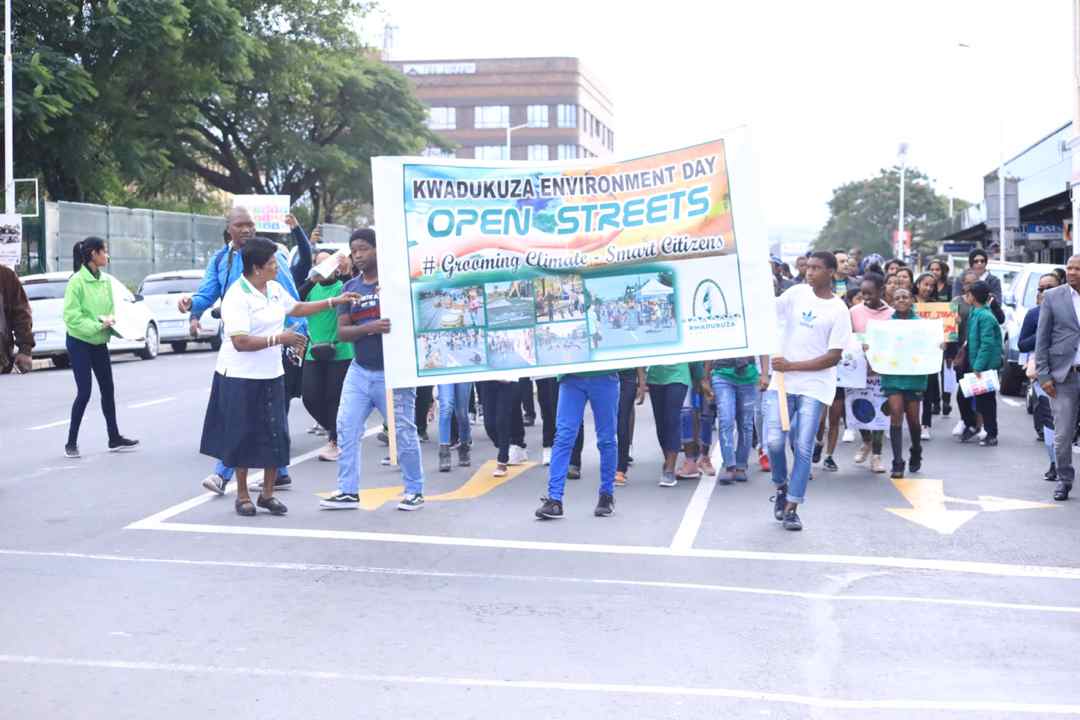 KwaDukuza is both a city - formerly called Stanger - and a municipality within South Africa’s KwaZulu-Natal province. Historically sugar cane and paper milling were key to the local industrial base. Sugar cane harvesting brought a rich stream of immigrants from India in the 19th and early 20th centuries, during the city’s early decades. Today Eastern influences give KwaDukuza’s architecture and culture its special flavor. Tourism is beginning to play an increased role in the economy.

KwaDukuza’s emissions goals were forged during South Africa’s 2011 climate negotiations. The municipality became aware that rising seas threaten the economic vibrancy of the higher-risk coastal areas that surround the city, while pest outbreaks constitute a real threat to the sugar cane industry. Due in part to these perceived vulnerabilities KwaDukuza committed to reduce emissions 42% by 2030 through low-carbon development. With a population of 276,719*, KwaDukuza is the seventh largest city in KwaZulu-Natal and enjoys a strong economy. In addition, the larger KwaDukuza municipality aspires to be a global sustainability contender - economically, socially, and politically.
As in many cities, transport is responsible for a large part of emissions, though it is buildings that account for the bulk of city emissions reported at the Global Covenant of Mayors for Climate & Energy site.** For the municipality as a whole, a 2013 Greenhouse Gas Inventory Report found that transport used the greatest percentage of energy at 59%, while consumption and burning of coal comprised the region’s greatest emission sources.
KwaDukuza-Stanger piloted an open streets event in 2019. A main commercial thoroughfare was closed to vehicle traffic, businesses took their wares to the streets, and pedestrians got a feel for how city streets can build community while providing commerce and recreation. The success of the pilot forged partnerships for similar future events and allowed city officials to introduce climate goals.
In 2021 a municipal campaign to stop illegal dumping began, to improve the scenic beauty of the KwaDukuza township. Simultaneously a program got underway to restore biodiversity by clearing invasive plants on local school grounds.

The will and the way

KwaDukuza the city and the municipality both face real demands to improve delivery to residents of basic city services such as electricity, waste collection, and water. City administration has the additional challenge of engaging citizens and stakeholders while securing funding for climate goals. But both the city and the municipality have ambitious goals to become models for low-carbon development. Detailed analysis of the region’s vulnerability to climate change will be used to create ‘risk responsive’ spatial planning.
An updated carbon emissions inventory is a next step once citizens understand the need to transition from business as usual. The city has allocated resources where it can while working to communicate to potential investors its plans to create wetlands to improve water availability and limit flooding while creating jobs. Plans also call for working closely with the sugar industry to foster the use of biomass for energy production.


With additional sources of funding, KwaDukuza will work to: