What an El Niño in 2014 means for the Coral Triangle

Over the last few weeks, warnings have accumulated on the possibility of an El Niño event unfolding as soon as July this year. This would have potentially dire consequences for already stressed ecosystems and the communities that depend directly on them for their livelihoods -- especially those in the Coral Triangle.
With inputs from Dr Jos Pet (People and Nature Consulting)

Over the last few weeks, warnings have accumulated on the possibility of an El Niño event unfolding as soon as July this year. This would have potentially dire consequences for already stressed ecosystems and the communities that depend directly on them for their livelihoods -- especially those in the Coral Triangle.

El Niños are periodic climatic events that can wreak havoc around the world. They occur when ocean water temperatures warm off the Pacific coast of South America, leading to fluctuating weather across the Pacific Ocean which results in droughts, floods, and failed crop yields in many regions. This is especially bad news for countries whose economic performance is directly linked to the production of natural commodities.

Now, temperatures below the surface of the tropical Pacific have recently warmed to levels that can occur prior to the onset of an El Niño event, according to the World Meteorological Organization (WMO). Meanwhile climate models surveyed by WMO experts show a steady warming of the tropical Pacific during the months ahead. A majority of models reach El Niño thresholds around the middle of the year.

Last time the Coral Triangle region weathered an El Niño event, corals suffered so badly that many never recovered. Old colonies of slow growing species were lost in some places, to be replaced by fast-growing, fast-colonizing species such as various Acropora.

So what would an El Niño event mean for the Coral Triangle? The region needs to brace itself for a repetition of the damage that took place in 1997-1998 -- with the difference that the reef ecosystems are now less resilient than they were back at that time. According to Dr Jos Pet of People & Nature Consulting, “there is a lot less left now than there was in 1997-1998. And it is all in even more unstable and over-fished and threatened state than before. If you burn 100 hectares of forest out of 10 million hectares then it looks a lot better after the event than when you burn the same 100 out of a 1,000 hectares of remaining forest.”

Because of the pressures that the Coral Triangle is already experiencing, an El Niño would accelerate the problems that are already happening:
Of course, these impacts are not limited to reefs. El Niño can severely impact tuna catches in Pacific countries and affect food security in the region. According to a policy brief from the Secretariat of Pacific Community, El Niño affects tuna catches because this weather phenomenon changes the “convergence zone” between the Western Pacific warm pool and the cooler nutrient-rich waters of the eastern equatorial Pacific which is a prime feeding area for tuna. Because of El Niño, the features of the tropical Pacific Ocean that influence the distribution and abundance of tuna such as currents, water temperature, dissolved oxygen, and nutrient supply are all expected to change.

Little can be done to reduce mitigate the direct impact of El Niño, but if anything, the severity of such events and their recurrence in a warming world reinforce the need for well-established notions for building ecosystem resilience. For Dr Pet, as always there is a need for “very large areas of completely undisturbed habitat and intact ecosystems in no take reserves. We need many of them (repetition) and we need many of the same (replication) to ensure health and survival. This is the only clear and straightforward way to bring resilience into the system. The rest is futile.” 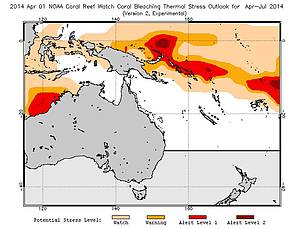 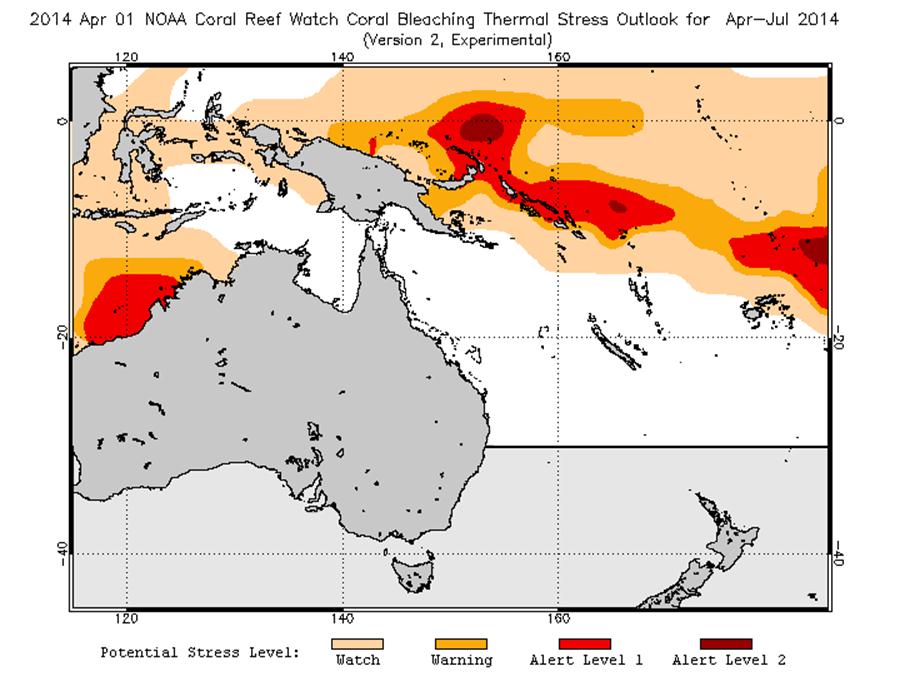