PT Agro Wiratama which is a subsidiary of the giant Musim Mas group and a member of the RSPO had obtained a government permit to develop an oil palm plantation on 9,000 hectares of land in West Kalimantan in Indonesian Borneo but agreed to relinquish more than 1,000 hectares following interventions by the local community and NGOs.

Deputy Director of Market Transformation at WWF Indonesia, Irwan Gunawan said the case shows how the RSPO can be successfully implemented, “This is a real example of how the New Plantings Procedure was designed to work. Early warning of expansion plans and a real willingness by PT Agro Wiratama and parent company Musim Mas to engage with the community and other stakeholders has resulted in a win-win-win for everyone, including the environment.

“It shows that with careful planning and the right attitude palm oil can be sustainable. It can respect communities, generate income and protect wildlife.”

He added, “Equally significant is the fact that the company gave back the land even though they had a legal permit to develop it – showing that the RSPO goes further than the law to protect local people and that Musim Mas is keen to foster a constructive relationship with its neighbours."

Under RSPO’s “New Planting procedures” member companies are required to publicly announce plans to expand their operations. This ensures that the social and environmental requirements of RSPO are considered before new operations begin.

PT Agro Wiratama’s plans were spotted on the RSPO website by the international human rights group, Forest People’s Programme, who alerted their partners in Borneo.

The local Indonesian NGO, Gemawan was then able to alert the local community to what was being proposed and assisted them in discussions with the local government and PT Agro Wiratama.

Following a series of meetings that involved the mapping of land use and discussions on land claims the reduction of the concession area was made official by the local regent (bupati).

One of the leaders of the local Kuayan community, Kamarudin said, “We are very pleased that our land is secure now because we’ve now got a chance to make choices about our lives.

“We now ask all the other parties involved in this decision to respect our choice.”

The Head of Mekar Jaya Village, Azim Kitung said, “Our community has been trying very hard for so long to refuse admittance to palm oil plantation developers in our village. We believe that we already had enough with the rubber, timber and rice paddies that we already own.”

According to KONTAK Rakyat Borneo, a Pontianak based NGO that also assisted the community in the case; there are 19 palm oil plantations in Sambas Regency, 17 of which are members of RSPO.

Despite the RSPO’s standards requiring member companies not to take over the lands of local communities without prior consent, Indonesian laws and land administration do not recognise most communities land rights resulting in permits being routinely handed out to companies even though they overlap areas basic to people’s livelihoods.

The National Land Agency statistics show that there are some 3,100 land conflicts in Indonesia between palm oil developers and local communities. 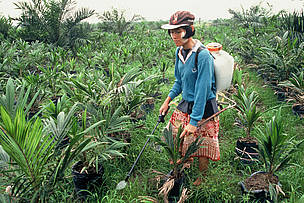 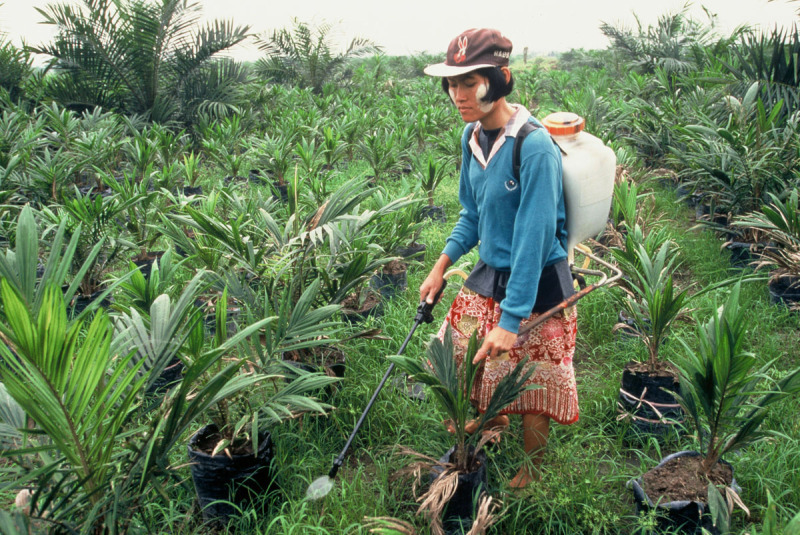